Famed producer, musician, and arranger Willie Mitchell became involved with Royal Studios (and the associated Hi Records) in Memphis, Tennessee, in the early ‘60s. He took more control of the studio operations as time went on and, in the early ‘70s, his collaboration with singer Al Green led to millions of albums sold, all of which cemented Willie’s reputation as a producer of note. These days his son, Lawrence “Boo” Mitchell, a musician, songwriter, engineer, and producer in his own right, runs Royal Studios and co-owns Royal Records. He keeps the legacy alive, while also looking to the future. Boo’s produced and/or engineered a wide range of acts including Melissa Etheridge, Solomon Burke, Al Green, Cody Chesnutt, Rod Stewart, John Mayer, Snoop Dogg, Bobby Rush, William Bell, Keb Mo, Terrence Howard, and Boz Scaggs. I met up with Boo one evening at Royal Studios (currently celebrating their 60th year) in the back control room to discuss his life in the studio. Later that night we went out to Beale Street, ran into Leroy Hodges at a club, danced to a live cover version of “Uptown Funk,” and maybe had a few too many drinks. In other words, a pretty awesome night in Memphis.

Your dad was producing records as you grew up. What are your first early memories of that?

I remember coming to the studio when I was real small. Probably four or five. He’d been here since almost the beginning, since like ‘58 or ‘59. When Elvis Presley left Sun in ‘55, Elvis’ bass player, Bill Black, was trying to do his own thing. There were another couple of guys at Sun. One was the engineer Ray Harris, and the other was a producer, Quinton Claunch. They were trying to do their own thing with Bill. They got the guy who owned Poplar Tunes Record Shop, Joe Cuoghi, to buy this place [Royal]. That’s where Hi Records comes from. Cuoghi owned all the jukeboxes in town. Any time you saw Elvis in a record shop in the ‘50s, it was at Pop Tunes. Pop [Willie Mitchell] became probably the second or third artist signed to Hi. Joe Cuoghi died in ‘70. He left in his will for my dad to take over the operations of Hi Records. I was born in ‘71, so it was always his place to me. The other owners were never here. I don’t think they had offices here. They had offices in Pop Tunes, and my dad even had offices in Pop Tunes. I started coming in when I was like four or five, and I’d really be after the Coke machine! But every time I came down here, I always felt like there was something enchanted about it. I think by about the time I was nine, I started coming down here with Pop on the weekends, spending my summers down here watching him.

Yeah, just whatever little simple tasks that a nine-year old could do. Mostly just watching him. I played keys. It must have been ‘80 or something, and all the cool Moogs were out, and the [Roland] Juno. I just wanted to be in the studio all the time. Watching the guys play, you know! 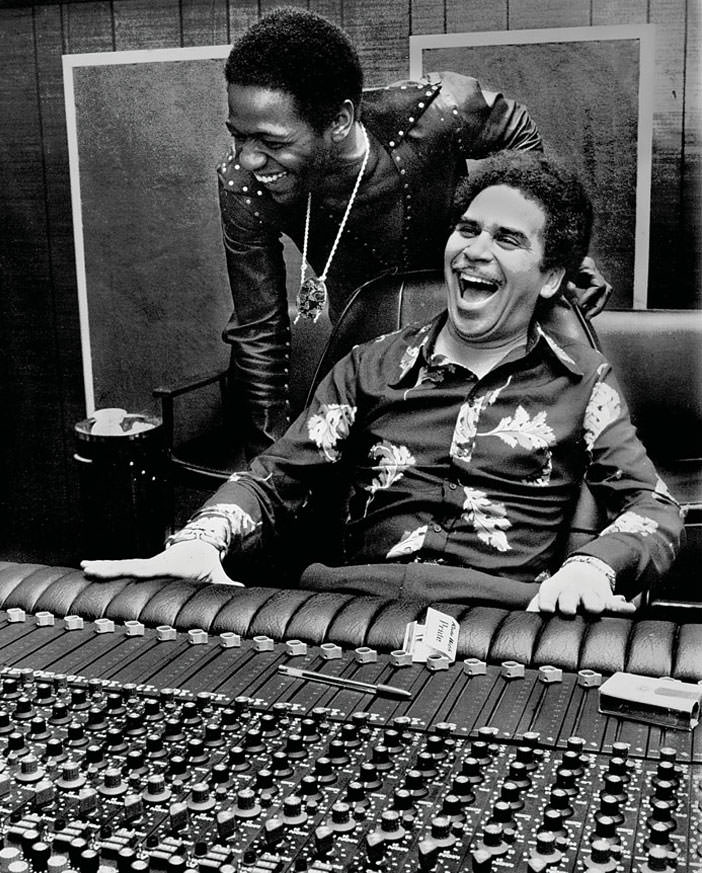 Did Willie keep a pretty straight schedule here, or was he doing late nights?

We’d stop and get breakfast, get here around ten or eleven, and then stay until we got it done. He was always working; always doing something. He would go to other studios, too. He would kind of break bread. I remember going to this place called Shoe Studios & Productions, over on Broad. It was Warren Wagner’s studio. I remember going there as a kid, but I didn’t really know why until after my dad passed away. I got this nice letter from Warren saying, “Your dad cut this Christmas album at my studio because we were having a hard time.” Pop got some label who had given him a deal to cut this Christmas record. He was like, “Man, if ya’ll are struggling, I’ll just cut it over there.”

When he could have been here? That’s pretty generous.

Yeah. He was just that type of dude.

Were you playing in bands when you were young?

No, I was just playing on my own. I think I probably wrote my first song when I was about 14. I started rapping when I was 16. That was around the time that Pop first bought us [Boo and Archie, Boo’s brother] a Tascam 4-track cassette recorder. By the time I was 17, he bought us a Fostex 8-track cassette. We thought we were slicker than goose shit.

Yeah. It was amazing. We started to cut all this music. That’s when I started working on my rap album, when I was 17, and when I started messing with the big boards and gear. We moved back here [to the rear control room] in ‘89. The last record we had cut upstairs was Keith Richards’ Talk Is Cheap album. This place was bought in ‘56 and turned into a studio in ‘57. So from ‘57 to about ‘73, the main control room was here, with those big, green [Altec Lansing]...

Beware stereo salesmen everywhere. Be on the lookout for customers appearing with a reference album bearing the audio trademark of one 'Joe Barresi', for then your knowledge of signal-to-noise ratios,...

Back in the summer of 2002, when I was visiting Los Angeles and visited Henson Recording to interview Bob Ezrin [Tape Op #31] for Tape Op, I met a youngish, peculiar looking fellow right upon entering...