Give Me a Hammer, Part 2 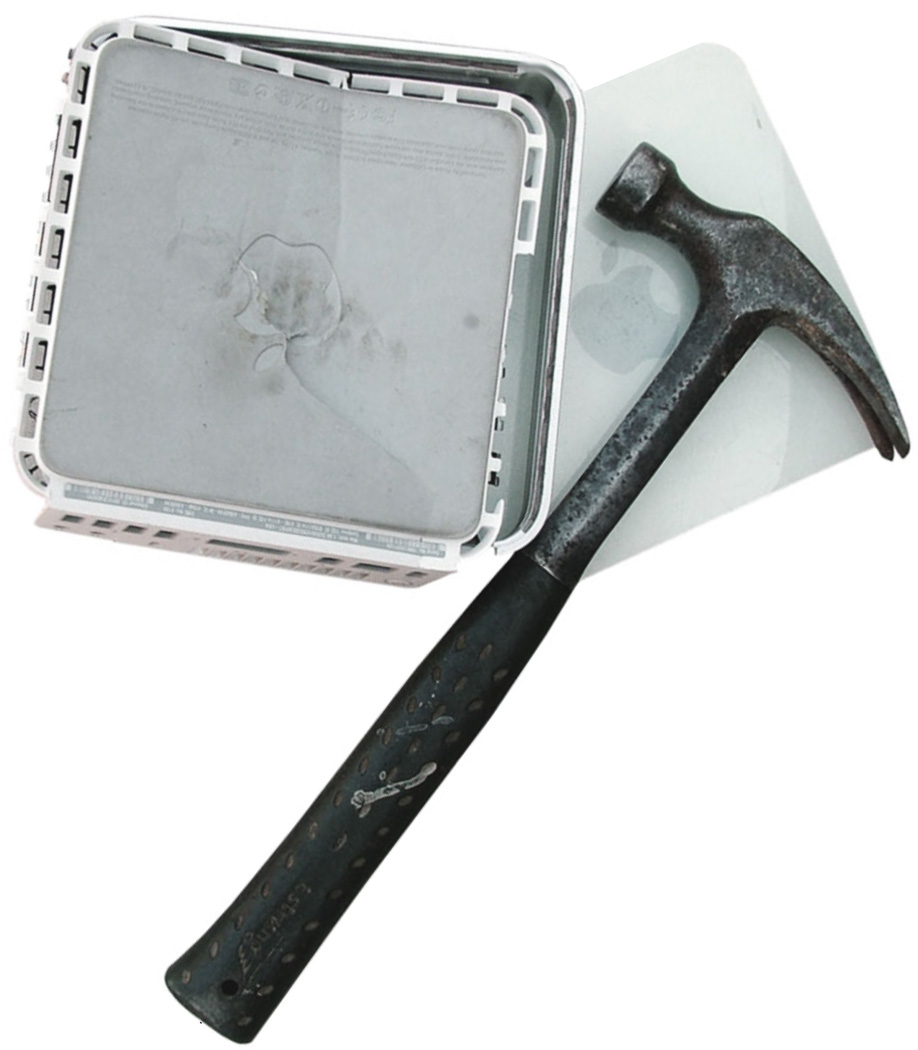 Several years ago, I wrote an End Rant [Tape Op #102] about my frustration with software upgrades, and how I wanted a stable recording platform. I received a surprising amount of positive emails from the piece and even exchanged dialogue with a few music software developers. After spending the last three months on an upgrade of my main DAW — with mixed results — I feel like I'm back inside the belly of the beast. But while inside, I had a bit of an epiphany: I want to migrate away from Apple Inc.'s OS within the next two years. I've been a Mac user since I bought my first Macintosh Plus in 1988. It ran on System 6. I recall the next System 7 being a great update. I'm a bit hazy on 1997's rebranded Mac OS 8, but Mac OS 9 was a very solid operating system. I bought a new Mac right when OS X came out, and I upgraded the software we use to do page layout for Tape Op. Doing layout on OS X was so insanely buggy and slow, that I had to revert back to OS 9. Luckily, my new Mac was a dual-boot system, and I more or less stayed on OS 9 for three more years.(1) Eventually, I had to make the switch to OS X in order to collaborate with the rest of the world, so I bought a new Mac that was supposedly four or five times faster than my old dual-boot Mac on OS 9. Our layout software in OS X was finally less buggy, and it ran at about the same speed as the OS 9 version. Note that it was not running four or five times faster, nor were there any new features. By buying a faster, brand new computer, I was finally acquiescing to using Apple's latest OS, yet achieving a net performance gain of zero. Earlier this year, OS X was rebranded macOS (to better align with Apple's iWorld-centric vision). I'm currently running four macOS versions — 10.5, 10.8, 10.9, as well as the newest "El Capitan" 10.11 — spread across six different Macs. I need the older versions to open archived sessions, as well as to ensure that I have a stable recording platform for my clients. During the recent upgrade process mentioned earlier, our main DAW was repeatedly getting error messages in the middle of recording, and we lost performances as a result. This is clearly not a professional situation. Stability is of the utmost importance in any professional recording environment.(2) Every time any software changes, there is a risk of a once stable system no longer functioning properly, no matter how carefully installations are performed, and no matter what the various software vendors tell you.(3) It's important for professionals to be able to choose when and how they upgrade their software tools. With macOS, this is getting more and more difficult to do, and this is the main reason I want to leave the Mac ecosystem. Apple's current business strategy seems to be based on iCloud integration and near constant upgrades. This may work fine for iPhones, but it's a recipe for disaster when the one thing you need the most from your software environment is stability. I'm mostly addressing forced software upgrades, but let's also consider cloud-based software. How many times a day does your network connection slow down, disappear, or need the router unplugged and reset? Granted, for some types of workflow (e.g., commercial production studios with collaborators all over the world), cloud-based workflow is a godsend — but in these cases, business-class internet service with higher speeds is usually in place. Being forced to utilize an internet connection is certainly not a welcome or safe choice for the rest of us, who are simply making records and capturing performances.

My most recent (and hopefully last) Apple computer purchase was a brand new Mac Mini, which I bought to have as a backup machine in case our main Mac Pro tower developed problems.(4) Out of the box, this machine was running macOS 10.11 El Capitan. After I installed new versions of the two DAWs we support, a text message from my wife appeared on the Mac's screen, reminding me to pick up some avocados at the market. This was after I had entered the minimum amount of personal information possible during the setup process, since this was a work machine that lots of people coming through my studio would be using. I wanted my personal info to be inaccessible, and for the system to be as stripped down as possible. I'd already deleted all the messaging, mail, photo, and social-networking apps from the dock. After getting the text message, I figured I'd better delete the apps entirely. But upon trying to so, I got the message stating that the application "can't be modified or deleted because it's required by OS X." What? Why can't I delete an app I don't need or want? I called Apple, and they confirmed you cannot delete the apps.(5)

After this experience, and having several engineers I respect note that El Capitan sucks for audio and that macOS 10.9 is the most stable for music, I decided to take my Mac Mini into my third-party Apple repair shop, have them delete El Capitan, install 10.9, and start over. But it turns out this an impossibility, as the Mac Mini's current firmware will not work with earlier macOS versions, ensuring that you cannot make the choice of which OS you'd like to run.(6) I guess macOS is designed for one way of doing things: the way that Apple wants you to. Get used to it, or get off their platform.

It pains me to write this, as I loved my old Macs. Apple has done some amazing industrial design work, and made computers easy for people to use. At its peak, the Mac was brilliantly easy to use, versatile, and able to adapt to different needs and workflows. Without Apple, I probably would not have learned the graphic design skills I have. Mac was the computer for creative professionals for many years. I feel like that's in the past now. Macs are clearly not machines for professionals any longer, and are likely to become even less professional in the coming years(7), which is why I hope to be "Apple-free" in two years' time.(8)

When I wrote the "Hammer" editorial a few years ago, I briefly mentioned RADAR (from iZ Technology) and how I was attracted to it for its focused simplicity. Since then, RADAR's capabilities have expanded, and you can now run most major DAWs on it, albeit in a Windows environment. I ended up buying a RADAR Studio system, and I am currently running Pro Tools on it. It is much, much faster than my Mac Pro and Mac Mini, and much more stable. Also, iZ's tech support is world class. In a word, the system is professional. I've had to learn the Windows environment, which was a bit intimidating at first, but I have to say, it's not that difficult. It's been far less frustrating to deal with my Windows move than my recent Mac issues. Our resident Gear Geek, Andy Hong, has been singing the praises of PC-based DAWs for years now. Well Andy, I'm listening. You can put together a very fast and stable Windows recording setup for much less money than a Mac system. With turnkey rigs like RADAR and Sweetwater's Creation Stations, you have a customized platform for music recording that's still an off-the-shelf solution with great tech support. I'm sure Windows has issues too, but from what I can tell, you can choose an earlier OS version, it's easier to customize the OS, and you have more control over the upgrade process. After multiple software installations in the past few months on both macOS and Windows, I can attest that installations are much easier on Windows than on macOS.

Consider this a call to action for audio professionals and software developers. Let's collectively support the alternatives to Mac by considering Windows, Linux, or other platforms. It's the only way we'll be able to set up recording systems that work the way we want them to. Most major DAWs will run on Windows, with the exception of Apple Logic (which has become much less professional anyway(9)). My RADAR is running Pro Tools 12.4 and Ableton Live, with plug-ins and virtual instruments from all major vendors, including UAD, Eventide, Soundtoys, Sonnox, Valhalla, PSP, Audio Ease, and Arturia.

Bye bye, Apple. I really will miss you.