I don't remember a time while growing up when there wasn't clay, glaze, and kilns in my house. My mother had studied art when I was a baby, and she began producing a series of decorative and useful ceramic items in the ‘60s while we lived in Oakland, and later in the Nevada County foothills of California. She had a distributor in San Francisco who would order these pieces by the gross (144), and several friends of hers served as employees when the orders came in and the workload increased. Even my dad would take a bag of clay on his work voyages as a Merchant Marine and make beads or such to bring home later to finish off. Part of the process of working with this material involves firing the once pliable clay in the kiln, after making sure the moisture has dissipated. For the type of clay my mom used, the pieces would go through an initial bisque firing in the kiln and then glazed – where a substance is fused onto the surface of the ceramics in the next kiln firing.

Applying glaze to ceramics is an interesting process, and that's what I want to focus on here. Most glazes, unlike paint, don't appear anything like their final color when they are applied. This is because the heat of the kiln will change the structure of the components in the glaze, forming bonds and such that create the new colors and textures that we only see after the main firing. Artists learn to predict, through learning from others, testing, and trial and error, what a glaze will do during the firing process. One of the most exciting parts of working in ceramics is opening the kiln (gradually, over time, so the pieces don't crack from rapid temperature change) and seeing how everything turned out. Glazes may run together and create new colors. One piece might collapse onto another and fuse into something quite unintended. If glass or metal has been used in the art, it will have melted and reformed in new, unexpected ways.

The artist has to let go. The process of making the art will sometimes be taken out of the artist's hands for a moment. When making any art, control should always be a variable. Complete control can lead to stagnation, with the artist closed off from new, accidental ideas. The vision we all have for a recording project can turn out to be far different from the final result at times, and that can be okay. Control and predictable results are only small parts of the process, and staying open to new sounds, directions, and ideas is important.

Put your music in the "kiln" and see what happens! 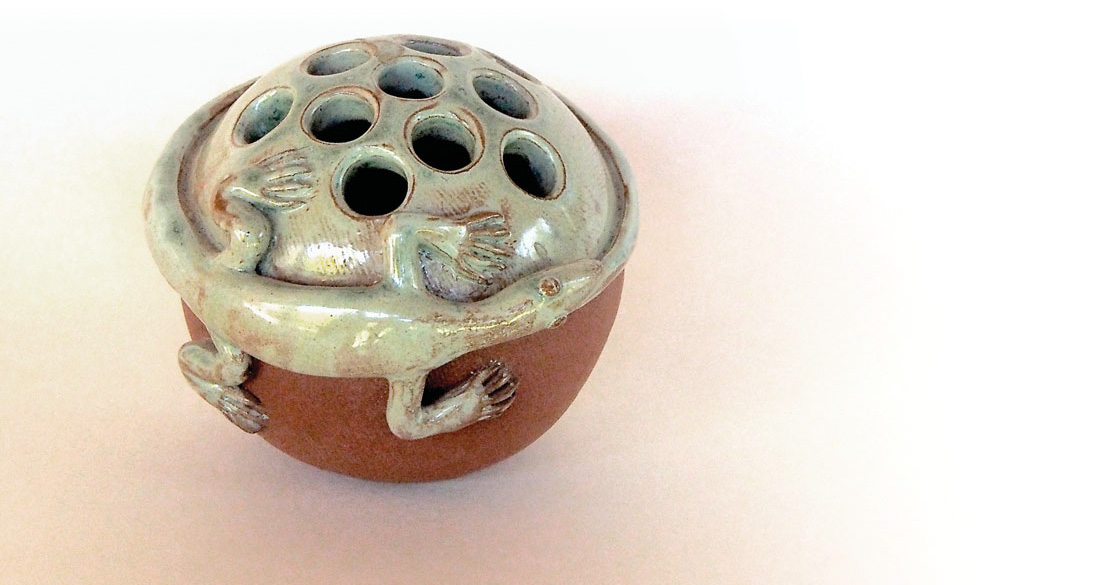 This issue is dedicated to the memory of Richard W. Crane, the man who gave me life and taught me a heck of a lot about many things, but mostly how to live life honorably and fairly. -LC