I bought the first edition of this book when it was initially published, over 25 years ago. That edition was 12.7 cm by 16.51 cm and weighed 397 grams. This newly released edition is 15.24 cm by 21.59 cm and weighs 1021 grams,  making it 257% heavier and much larger than the first edition. I only mention this because when the first edition came out I was working as a bicycle messenger, and it was small enough to leave it in my messenger bag all day long. I would read bits of it while I was waiting in line at the courthouse, post office, or in clients’ offices. It seemed like a very oblique and Eno-esque way to read a fairly long book, especially one that featured no plot or real point to it. Or maybe that is the point? Life is made up of moments, with some very ordinary and some extraordinary. While we’d all like to have as many extraordinary days as possible, not even famous record producers like Brian Eno [Tape Op #85] can have every day be extraordinary. But Eno has always been able to celebrate and embrace the ordinary and see something new, like the often quoted example of him listening to a too-quiet LP of harp music and the rain outside while in the hospital, and inventing the term (and genre) “ambient” music. Interestingly, in many ways the job of a music producer is to recognize the extraordinary parts of a song, while still carrying on with the ordinary musical moments that lead to the extraordinary.

So, what we have here is a diary of every day of Eno’s life for one year in 1995.* Some days are rather ordinary while some are pretty exciting, but he’s always a keen observer of people and the world we live in, making it all fairly interesting. The appendices account for 25% of the book, and range from Eno’s treatise on ambient music to letters to friends and colleagues, and are all insightful. 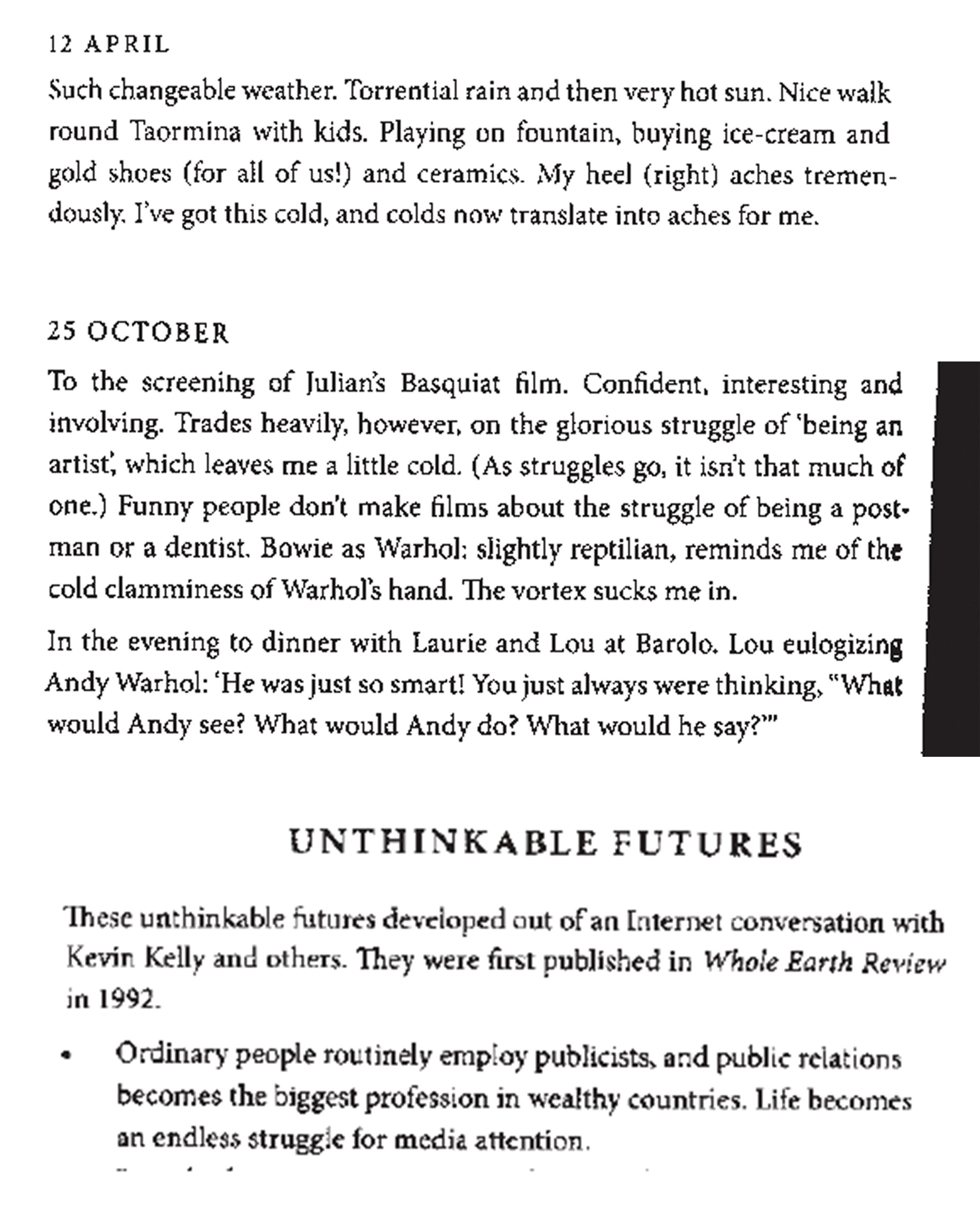 For the most part, this new edition is the same as the older one, and I can’t say I’ve yet re-read the entire book. There is a new introduction, however, that contextualizes the diary and the 25 years that have passed. It ends with a list of words that were not in our vocabulary then, but are now. As you may have guessed, many of these words relate to the increasingly digital lives we now lead.

I also want to note that Tape Op Magazine was first published 25 years ago, along with this diary. While I was riding my bike around delivering legal documents with this book in my courier bag, Larry Crane was recording bands in his basement while he edited and published the first issue of this magazine.

I guess I’m simply just happy to know that both Tape Op and Brian Eno’s A Year with Swollen Appendices are still of interest, 25 years on.

*During this year he worked on records with David Bowie (Outside), James
(Wah Wah), Jah Wobble (Spinner), and U2 (Passengers’ Original Soundtracks 1). 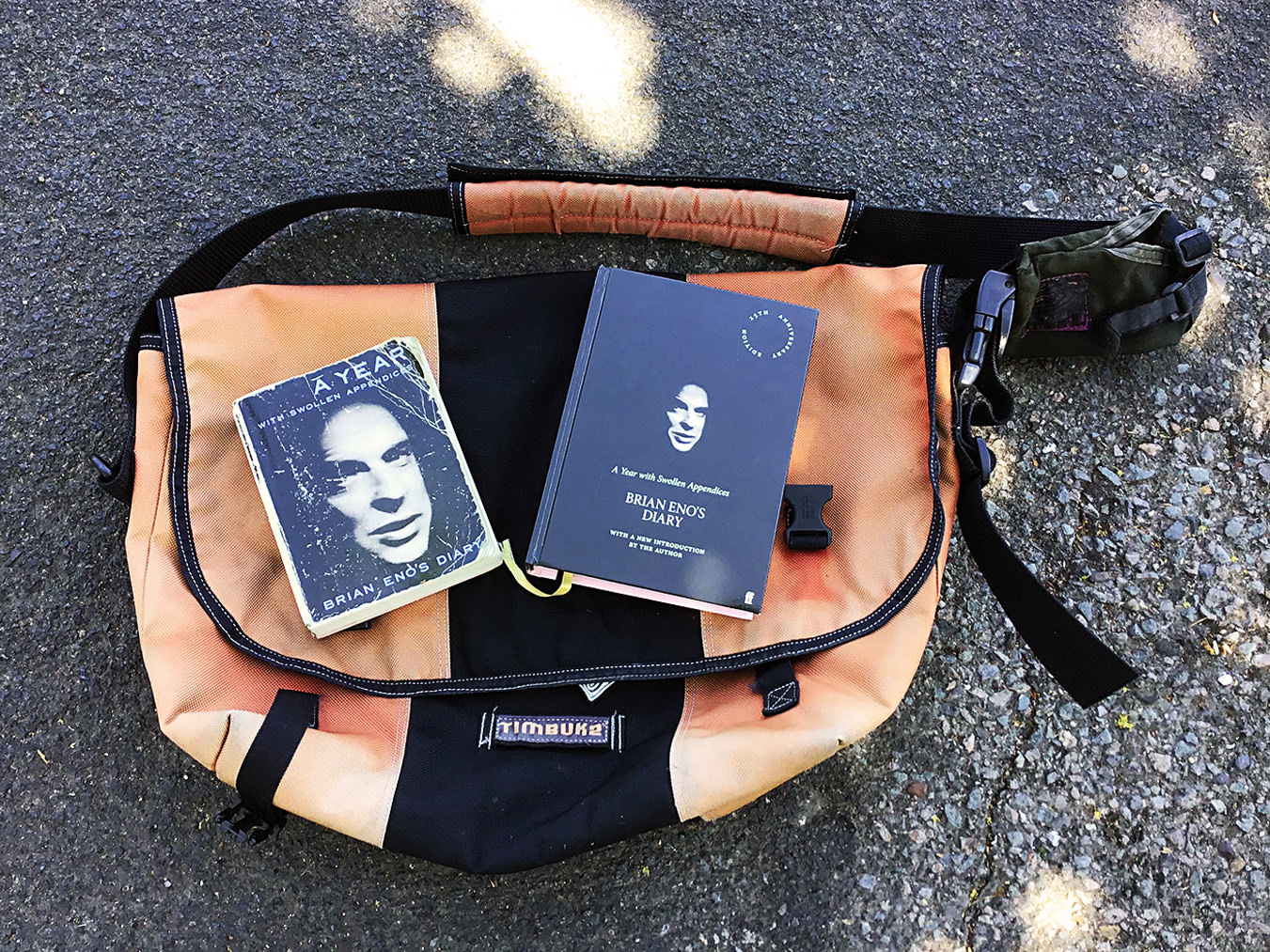