I’ve come to realize that there are two things I really enjoy doing in life:
1. Moving forward while standing sideways.
2. Making things with other people. 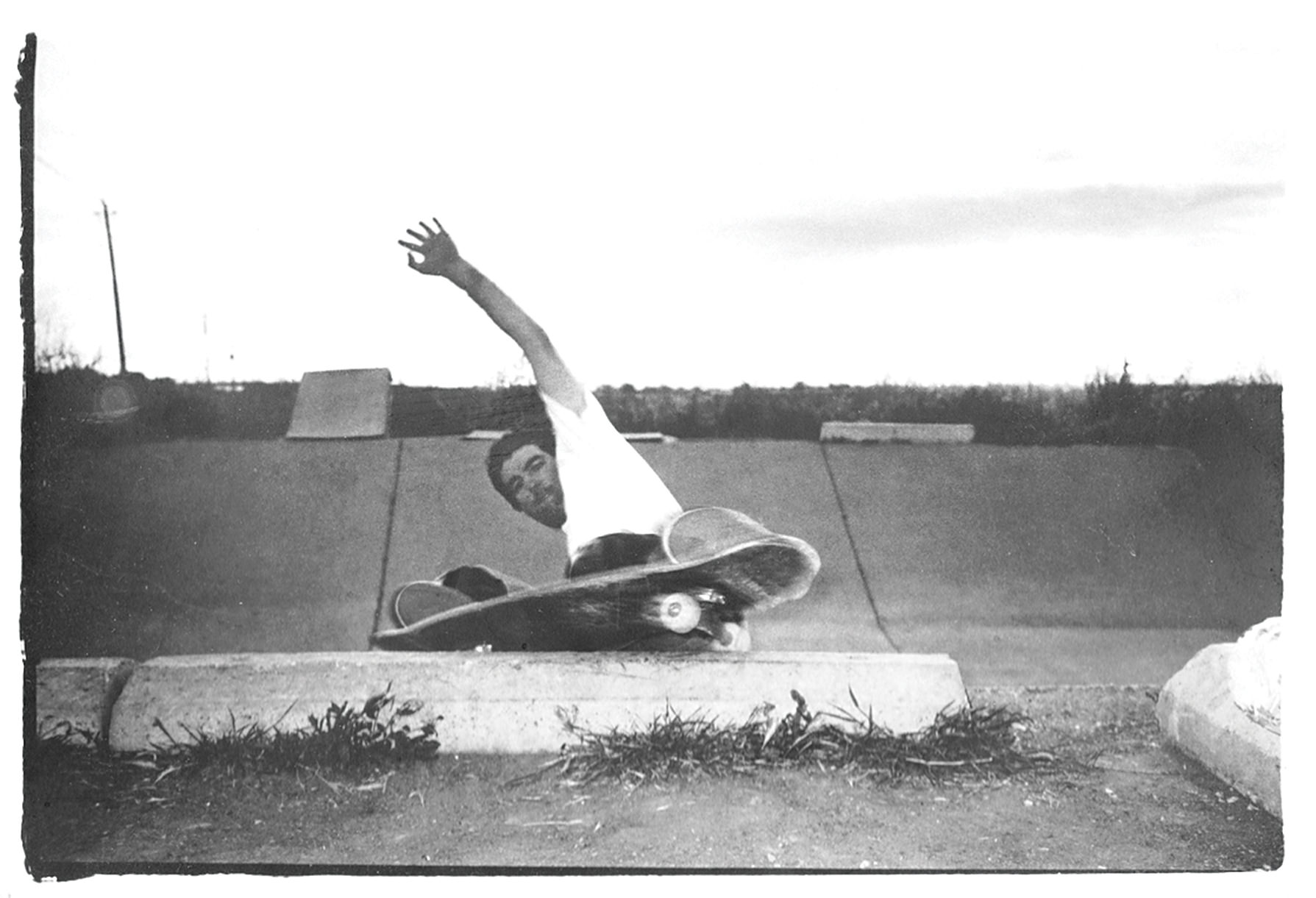 Pretending I can surf like Larry Bertlemann on my skateboard.
Late 1990's at the Davis, CA, ditch. Chris Carnel

1. As a kid I got heavy into skateboarding, then snowboarding for a while, and now that my bones can’t take the pounding from skateboarding, I get my “moving forward while standing sideways” fix from surfing. I can’t quite explain why I love the feeling so much, but there is something inherently freeing about moving forward while standing sideways. Remember when you were a kid, and you figured out that if you ran really fast with your socks on and then stopped that you could slide across the floor? How cool was that? Same feeling.

2. The other thing I love is being part of a small group of creative people and making something together. Like this magazine you’re holding in your hands, for instance. Or like making a record with a band or solo artist. I know how to write, I do the graphic design for this magazine, and I can do photography. In theory I could make my own magazine, but I have absolutely no interest in doing it that way. I love working with Larry and our crew – Scott, Anthony, Geoff, Marsha, Andy, Jenna, Maria, Thomas, and Jonathan – as we all build the magazine together over the course of several weeks. When an issue comes out, it feels like something we all contributed to and it’s far greater than the sum of its parts. Working remotely, we don’t actually get to see each other in person, but every issue involves a few phone calls and hundreds of emails; and we are looking forward to seeing each other in person soon when we start attending conferences again.

But, magazine aside, my favorite creative process is working in the studio with other people making music. I love the intense collaboration of tracking, working on arrangements, sculpting overdubs, and mixing. I even still prefer to mix through an analog console with other people in the room, and enjoying the constant feedback loop of collaboration happening between us all.

Like working on Tape Op, a great recording with a group of people feels like so much more than the sum of its parts, and it’s gratifying to have been involved in something bigger.

I’m an “okay” musician. I can sing, play guitar, keyboards, bass, percussion, and program drums (you won’t see me behind a real drum set, I leave that to the professionals!) and I have done all of these jobs on records I’ve worked on. In theory I could make albums all by myself, but, like the other examples I mentioned, I have no interest in that either. Some artists make compelling records in isolation, but I realized early on that I’m not a great songwriter.

When I was in my early twenties, a young songwriter named John McCrea booked time in the studio I was working at to overdub a hi-hat track. “Who overdubs a hi-hat?” I thought. This was way before DAWs, and we were working on 2-inch, 24-track tape. John brought the tape in, we did the overdub, and I was floored by the level of craftsmanship and songwriting on the tracks he played me, as it was several levels above anything I had worked on up to that point. The song was called “Shadow Stabbing” and John went on to form the band CAKE several years later and eventually re-recorded the song on their fourth album, Comfort Eagle. At this point, John was not yet even 20 years old. This was an epiphany for me, as I realized, “Wow, this guy is seriously talented. Much more so than most artists I’ve worked with.” Any lingering pretensions I had about making my own music mostly evaporated that day, and that’s been a good thing. I realized that my talents are in helping other people create their art, and that I really enjoy doing that.

Looking back at all the records I’ve worked on, the enduring memories are always of the people and the songs we brought together in the studio. The gear I used was always secondary, and model numbers and equipment brands grow hazy as time passes.

We’ve all been through a pretty rough 18 months, and it’s obviously been difficult to get together in person with others for creative endeavors, but I’m hoping that in the coming year we can all collectively emerge from our more isolated routines and rediscover the joy of creating with other people again.

In the meantime, I’ll be moving forward standing sideways.