Since founding this magazine 23 years ago, it's been interesting to me the many ways Tape Op reflects my own journey through music and audio, but also the many facets in which it doesn't. Sure, I own and run a professional studio, just like many of the people we interview, and it grew out of a small basement studio in my home, as do a portion of our readers and some of our interviewees. Catherine Vericolli and I share many of the same hurdles in running a studio in a smaller market, but when I compare my experiences mixing records,

I definitely don't have any credits like Michael Brauer's, with albums by the Rolling Stones or Coldplay to his name! I fell into this career by being in an underground band, which lead to making albums in affordable studios on small budgets. And I may have been in a group with a small, loyal fanbase, but I never toured the world or kept a band going for nearly 40 years, as Brendan Perry of Dead Can Dance has skillfully done. And my musicianship? I'm a rank amateur compared to a player like Mark de Clive-Lowe! 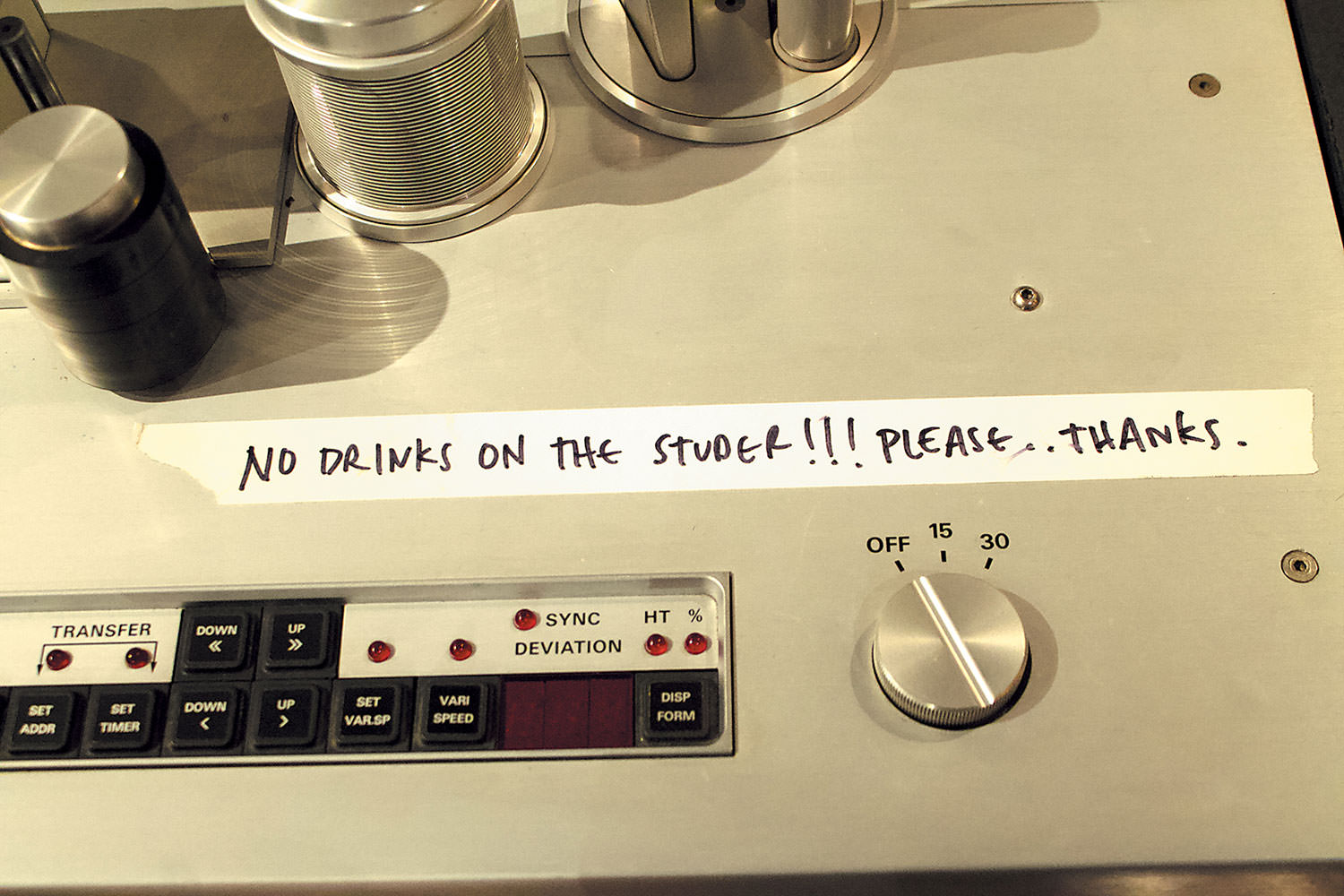 Catherine Vericolli does not want her tape machine used as a table! See her interview here.

But we get to talk to so many people involved in many parts of the record-making process, and I learn something from every conversation. Sharing what I've learned (and continue to learn) is the best part of all of this, and I'm grateful to our readers for being a part of this journey.