Years ago John Fischbach, a well-established and respected producer/engineer, came to my studio to record an album that our mutual friend, Luther Russell, was producing. [See Tape Op #21.] In those days my studio, Jackpot! Recording, was a diamond in the rough. We had recently graduated to a 24-track, 2-inch machine, albeit one that would occasionally fall out of sync with its remote. (Jeez, that made punch-ins difficult!) Our console was nothing to get excited about, but it worked, and we had some decent, if limited, outboard gear and mics. John only brought two pieces of gear with him: an Audio-Technica AT4047 mic and a dbx mic preamp. I was shocked, as neither were high ticket items. I thought "real" engineers traveled around with big rolling rack cases loaded with the best in vintage and new boutique recording channels.

I helped set up the mics and got John accustomed to my studio, and eventually left him to his job. Nothing that he was doing seemed foreign to me, and I don't recall seeing any strikingly unique mic placements or extreme patchbay craziness going on. I observed as he calmly spoke with the musicians about instruments and sounds. I watched as he listened intently to the monitors as a mic was dialed up. It all seemed pretty typical to any Jackpot! session.

When the album, Mel Brown's Mister Groove, was finished, I took a listen. Nothing could have prepared me for the fact that it was the best sounding recording to have come out of my studio at the time. Sure, John was working with some of the top players from Portland, as well as with a focused producer who gave the project a strong, song-based connection. But the sheer quality of these recordings sounded heads and tails above the thuddy drum sounds and out of tune vocals that seemed to be my indie rock recording specialty back then. How did he do this?

Later I bumped into John at a trade show, and I remember asking him how the hell he got such a great sound out of my ramshackle studio. He let out a friendly laugh and a wink as he patted me on the back. I had to admit he had far more experience under his belt than I, but I also hadn't witnessed any magic techniques or special gear that I could attribute this recording success to.

It took me years to fully understand this lesson. Seriously.

When discussing the art of recording music we always fall back on the topics that are easy to quantify. Instruments, players, mics, rooms, outboard gear, mixing consoles, tape decks, converters, cables, monitors, and just about anything else one could think of gets trotted out as the reason a song or an album has that magic spark. Sure, having the best of everything at one's disposal won't hurt. But, then again, how many horrible albums have been made, in spite of a great studio situation? The used record bins are full of them. And, on the flip side, how many wonderful records have been made under less than ideal conditions?

So how did John Fischbach accomplish this? How does anyone make a great record? It's so obvious that one might overlook the truth: it's the multitude of small choices that are made. A successful recordist listens intently to everything that is going on, making numerous decisions and changes that will cumulatively add up to a better recording. Some of these actions may seem overt - like shortening a verse - and others may seem insignificant - like moving a mic 1/4 of an inch. But performed with the experience and skill of a master, they all make a huge difference in the end.

It's all so simple; but the path to get there is rarely easy, and it never seems fast enough. Believe me. 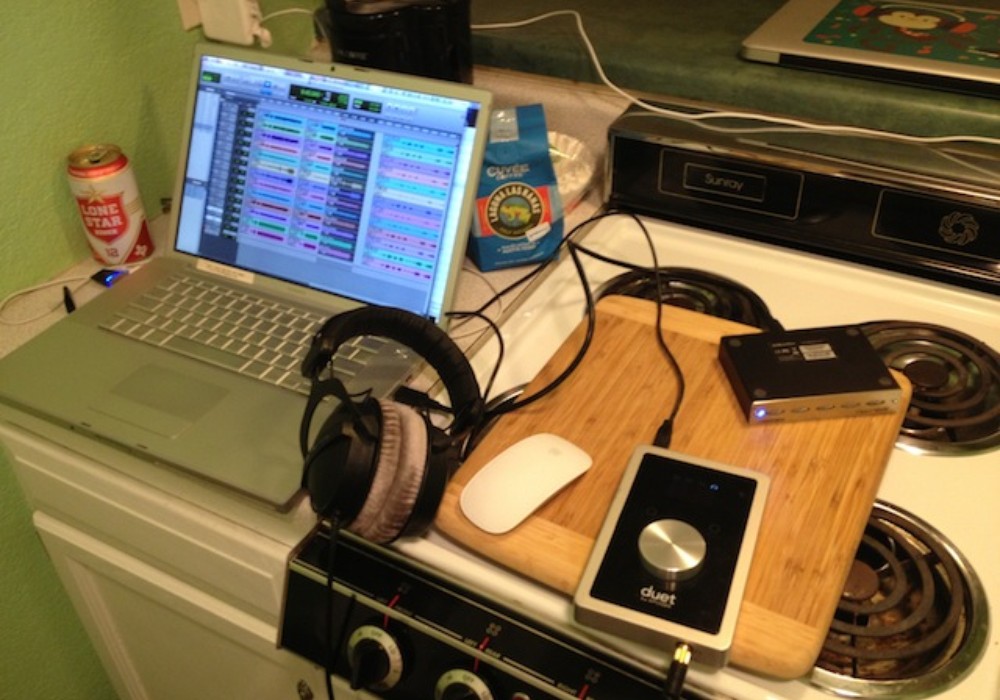