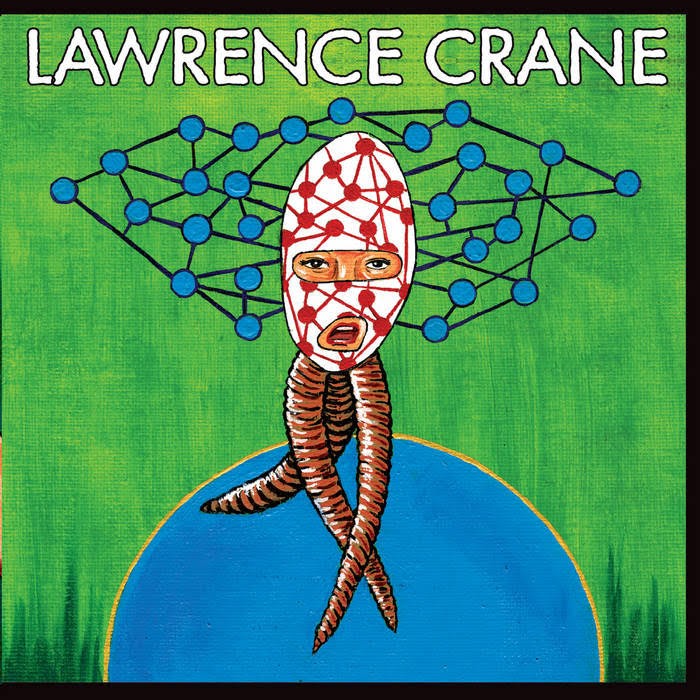 With the release of Lawrence "Larry" Crane's Craniostomy Vol. Two, Tape Op's founder gives us a glimpse into his home recordings from 1983 to 1985. Cassette decks and odds and ends were harnessed into making these tracks, and revisiting them in Pro Tools allowed Larry to put them into a flowing, 2 part sonic journey.

Get here: physical copies can be mail-ordered here.

Here are the liner notes:

The pieces for the release Craniostomy Vol. One were chosen by Seymour Glass from some early works of mine from around 1981-1982. With Vol. Two, I was tasked with curating my own collection of early works. I had begun recording my weird electronic/acoustic/etc. music in high school, around 1980 when I was 17. My first cassette release was Disintegrated Circuits in 1981. When I entered college in the fall of 1981 at California State University, Chico, living in the dorms for two years and pretending to attend classes and study relegated the recording part of my life to winter and summer breaks. My second cassette, Escape from Top 40, was released in 1982. In late summer of 1983 I wrapped up my third cassette, Fast Moving Shadows, some of which was recorded in the Bay Area at my grandfather’s home over the summer and some at Steve Valin’s home in Chico that I moved into that fall. Living with Steve, and forming an actual “performing” unit called Ziplok, were to have a major impact on my music and life. We kept a bunch of instruments, noise makers, tape decks and such piled up near the home stereo in our living room, and I was free to muck around with noise whenever I wanted. Steve was a better musician than I, but I was driven to do something with these weird sounds.

Craniostomy Vol. Two is culled from recordings made between summer 1983 and winter 1984, right before Patricia de Rowland (née, Howard) and Lindsey Thrasher and I formed the group Vomit Launch in early 1985. Some of these recordings were used on my cassette releases Fast Moving Shadows (1983), Fragment (1984), and maybe even Sad Poetry of Departure (1985). I didn’t revisit or listen to these “proper” releases while building this collection, and I selected works that were repetitive or drone-based, steering away from “songs” from this era. To my ear now, these “songs” were pretty rough, and the best of what I learned in that form would soon be channeled into Vomit Launch’s collaborative compositions.

For the final presentation of Craniostomy Vol. Two, I collaged, layered, and rebuilt the selected tracks into a sonic journey of sorts. If I’d had the ability to edit, multitrack, and add more effects at the time, I certainly would have presented my recordings in this manner back in the ‘80s. I assembled Craniostomy Vol. Two in January, 2022, via Pro Tools at my Jackpot! Recording Studio, in Portland, Oregon. I used plug-ins such as Valhalla Shimmer, UAD’s EMT 140 plate reverb, and Soundtoys’ EchoBoy and Little Plate for effects and setting up crossfades with sonic shifts. It was quite fun to engage with these tracks in a fresh way, and I think it casts the work in a better light when presented in this fashion. Enjoy!