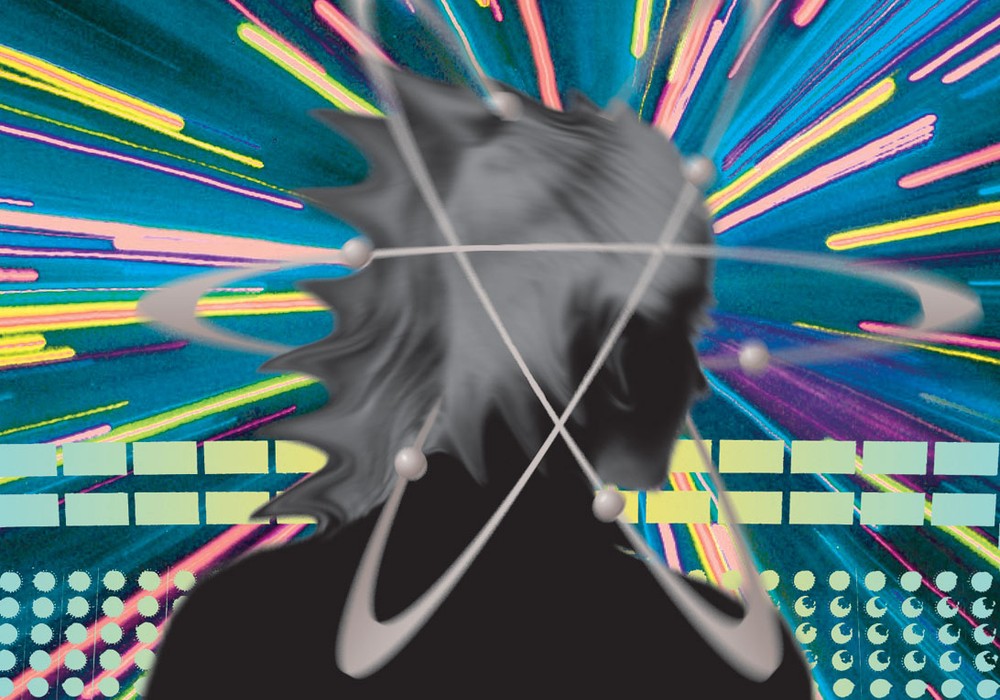 When Tape Op's 420th issue rolls out in 2040, the way we record, edit, mix, and master audio will be transformed entirely from the processes we use today. Currently we are separated by physical barriers — big consoles, big speakers, large acoustically designed rooms, outboard racks, patching bays, monitor screens, mice, and keyboards. This is the "fourth wall" that remains between creators and the music. Within three decades, that wall will all but disappear. Audio engineering will become virtual and immersive.

Fifty years ago, people thought Alan Turing was crazy. The father of algorithmic computing, Turing predicted that computers would employ around one gigabit of storage by the turn of the century. He was right. In 1965, Gordon Moore famously speculated that the number of transistors on an integrated circuit (IC) would double every two years. He was right too, if a tad conservative. We've since learned that virtually every technology follows a similarly predictable growth slope.

The list continues for scores of technologies, (especially!) including audio engineering technologies.

In the beginning of commercial recorded sound (1890), we achieved a systemic dynamic range of around 15 dB (3 bits equivalent). By the 1930s, vacuum tubes, condenser mics, and electric cutter heads improved dynamic range to around 35 dB (6 bits). Magnetic tape gave us a 60-70 dB range and more, especially once technologies like Dolby SR were available (12 bits). With the advent of commercial digital recording in the 1970s and '80s, early systems were capable of 90 dB dynamic range (15 bits).

Let's visualize the history of audio dynamic range on a grownth chart.

Looking at technology growth with too narrow a time frame obscures the long-term trend. For instance, from 1885 through 1925, acoustic dynamic range didn't improve much — it took the breakthrough innovation of electric recording to significantly improve dynamic range. This is known as the "nested S-curve," or "step and wait" theory of growth. Also, economic incentive drives innovation and improvement. Generally, those technologies with the greatest economic incentives improve the fastest.

When we "average" (or "smooth") 120 years of dynamic range, we see that its growth slope is predictable. From the beginning of audio recording, commercial dynamic range has improved by roughly 0.8 dB per year — the equivalent of around one-bit every seven years. Thus, we can confidently extend our growth slope into the future, and expect the trend to continue... until real-world dynamic range is no longer limited by technical or economic factors in audio systems.

We've seen how and why technology advances and how we can confidently predict its growth over time. Let's now turn our attention to the next 40 years. And finally, let's attempt to anticipate the next two generations of audio engineering. It's important to recognize that the professional audio market will not be the primary driver of our future tools. The economic engines driving key changes in pro audio will be gaming, film, and television, as well as military — combined global revenue of over $500 billion. Pro audio will be the beneficiary of this massive...

The rest of this article is only available with a Basic or Premium subscription, or by purchasing back issue #100. For an upcoming year's free subscription, and our current issue on PDF...

David Minehan played guitar, sang and wrote songs for the Boston punk band The Neighborhoods from 1979-1992. After the 'Hoods he played guitar with Paul Westerberg on the 14 Songs tour and even filled...