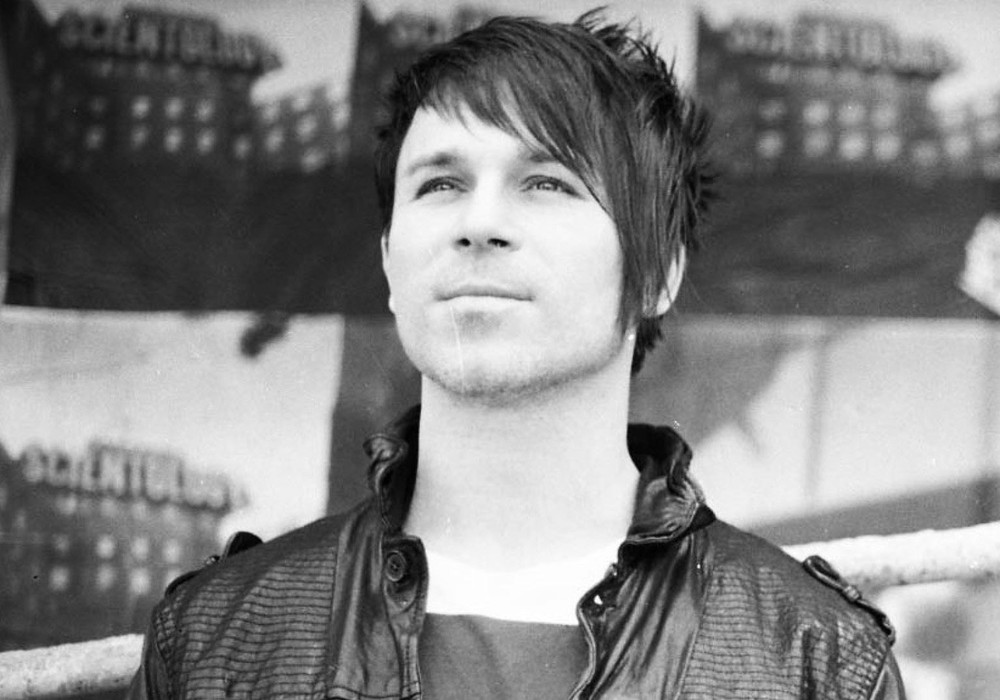 For me, the highlight of the inaugural A3E (Advanced Audio + Applications Exchange) event in Boston (September 23-24, 2014) was the closing keynote, which featured Dr. Richard Boulanger, Professor of Electronic Production and Design at Berklee College of Music, speaking with Brian Transeau, the Grammy-winning musician, producer, composer, and technologist better known as BT.

I first met Prof. Boulanger decades ago, when I was studying at the MIT Media Lab with Prof. Tod Machover, inventor of Hyperinstruments; and in the same department was Prof. Barry Vercoe, the original author of Csound, a sound and music synthesis programming language popular in academia. Prof. Boulanger has made many contributions to Csound as a developer, and he edited The Csound Book, the definitive text on Csound. On the other hand, BT is someone I had only known through reading his interviews, listening to his music, and checking out his iZotope-published plug-ins Stutter Edit and BreakTweaker, both of which facilitate the micro-fragment rhythmic and tonal techniques that BT pioneered.

The discussion between Prof. Boulanger and BT was like a fireside chat (I joked later to both of them that they should have employed a fireplace prop, to which BT added that they should have been drinking eggnog), and as a result, the audience was treated with intimate anecdotes about BT's early experiences with music making, and how years later, he's still being influenced and informed by what he discovered and learned at a young age. In particular, I was fascinated by BT's story about working at Omega Studios in Rockville, Maryland, as a tape op. He spent countless sleepless nights, after the clients went home, splicing tape on a 1/2'' machine. "I would take these pieces of beats and rhythms, and I would cut them up, and I would juxtapose them in a non-linear fashion, which to me, at the age of 13, was a spiritual experience."

"And also too, I was figuring out the length of those spaces, and so that the spaces could be utilized not just for beats, but I could put leader in them, and they could be silent, which was just as compelling and interesting, as the rhythms became - and this is a big focus of Stutter Edit — smaller and smaller. And it wasn't until later in my life that I began to apply very simple mathematical ideas to these kinds of edits, which I ended up calling stutter edits."

BT also told stories about All Hail The Silence (his collaboration with Christian Burns) and recording their soon-to-be-released album in a Baltimore brownstone with a basement full of vintage synths. "Better than any synthesizer museum I have ever been in in my entire life." "We made a record like our heroes made a record. Like Human League, Tears for Fears, or Yaz made a record in the '80s. It's a really special one."

After the keynote ended, I was fortunate enough to sit down for 10 minutes with BT for my own fireside chat.

Brian Transeau: Oh my god! We're talking about formative musical events for me. WHFS has so much to do with my love for... — In England, everybody's like, "He's an anglophile," and so many people think I'm English because I have this encyclopedic knowledge of early English new wave music. WHFS had so much to do with that. It was the one radio station in our area that actually played fairly progressive music when I was a kid. Also, I had a friend named Lisa Watson, and she used to go with her family to England in the summers. She'd come back with mix cassettes. So between WHFS and my friend Lisa, that's how I found out about Cabaret Voltaire, Human League, and Yaz — and all those bands.

Wow, we're going back to some similar places, my friend. Crazy.

When I was in high school, you were eleven, I think, discovering all this. My discovery was, of course, through all of the music I was listening to, but also, I had an Apple II+, and I have this moment in my mind when I'm playing Castle Wolfenstein...

* ...and I hear the little German guy say, "Achtung, Achtung!" And I say to myself, "How can that come out of the computer?" So I did a bunch of research, and I realized, that's 1-bit sampling. I didn't even know what "sampling" meant. But it's 1-bit sampling using Peeks and Pokes and 6502 Assembler — through the cassette port. That's what changed my life. I eventually became a programmer at Digidesign [now Avid], I worked at the MIT Media Lab... - What are some of those moments that you had?

I so love it! I love how you're talking about this, because I'm just rebuilding an Apple IIe, and I've got the Mockingboard "C" card that has speech-synthesis abilities. And finding some of those applications, I'm like, "Wow, I'm going to end up using these on a record now." It's so cool, so interesting. The glottal sounds at the end of it — there's no way [a contemporary instrument would sound like this], because it turns into these impulse trains with these huge spaces between. It's so musical sounding now. But you know, as a kid, my formative experiences with technology and it intersecting with music are really in some of the first synths I bought. One of my first memories I have with synthesis was, before I could even afford to buy my [Roland] Juno106, I spent an entire summer mowing lawns — and getting Roland's books on modular synthesis. I never owned a modular until I was an adult, for all intents and purposes, and sitting and reading them, and saying, "Oh my God, this is what Phil Oakey is doing when he's building a Human League song. These are the exact principles he's utilizing in making that music." And making the connection that some of my heroes were actually not just songsmiths, but were technicians. That was really the connection for me. Like, "Wow, not only do I want to write this music, I want to understand how to make it, and how to utilize these tools that are available for making it."

The first computer program I wrote that was music oriented — after playing with Castle Wolfenstein — was a 1-bit sampler, using the cassette port.

And I could hit keys, and play those samples back. But then I realized, "There's got to be a better way. I can't play it well. Maybe I should build in a system that could play something that I type in as code." I didn't even know what a sequencer was. But that's what I wrote — a sequencer that plays back 1-bit samples. What was your first moment when you sat in front of a computer...

...and wrote something? I can tell you. So I had — and I just got another one, and I'm very excited — an IBM 5150 [the original "PC"] as my first computer, and I wrote a several-page script in BASIC just using tones — a sine wave like a beep, basically — like Control-G on the Apple II. So using beeps, and changing the frequency of those beeps, and making these intervallic relationships. But my interest at such a young age was all of this micro-rhythmic stuff — instead of doing something that was based on an arbitrary length of time as a subdivision, but doing something with rhythmic subdivisions that was, for all intents and purposes, micro-rhythmic. And I realized immediately, you can take a C major arpeggio, and if each one of those notes lasts for a fraction of a second — oh my god! That's the kind of sound we now call chiptunes. And also too, I cut the speaker off my 5150 and drilled a hole, and my father would still have a panic attack if he heard this story. I drilled a hole — true story — and soldered a 1/4'' port into it so I could plug it into my little boombox. My parents didn't know what to make of me. I'm a kid with a soldering iron writing stuff in BASIC and compiling it. That's some of my first memories — writing stuff in BASIC. These simple little tone generator things that were intervallic — musical intervals but really short durations — and realizing that's a lot of the way those early sounds were created.

Have you ever thought about taking that first program you wrote on the 5150 and turning that into a free plug-in or something that someone could play with?

I wish I had it! My 5150 is long gone. Like I said, I just got another one. I had a 386 — an IBM PS/2 Model 70. A lunchbox with an amber monitor that I still have and use, that has DOS 3.0 on it, and I wrote some things for that, as well. But I really love that idea; it would be really cool. You know, looking back at some of that stuff now, I realize the inherent musicality of it. There's this thing to be said for an imposed kind of workflow that outputs something really special you've created with your need. And so, I love looking back and not just looking forward. You've sparked a little idea for me. I like that.

[Lots of laughter] Alright. It'd raise the game. You know what I mean? It'd be so much fun. I should do something like that. That would be a lot of fun. 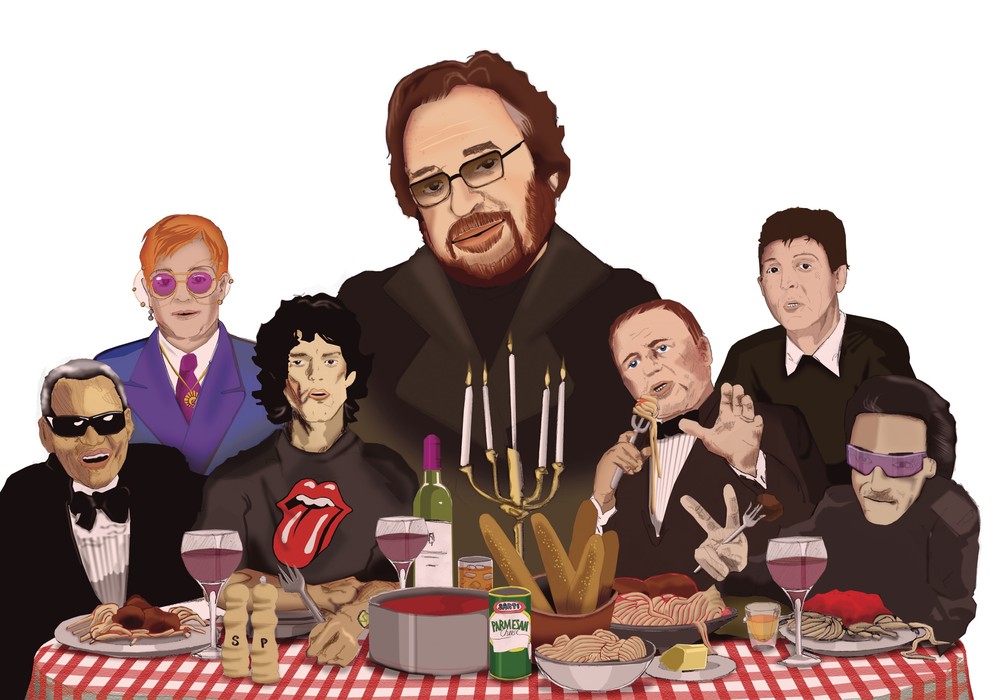