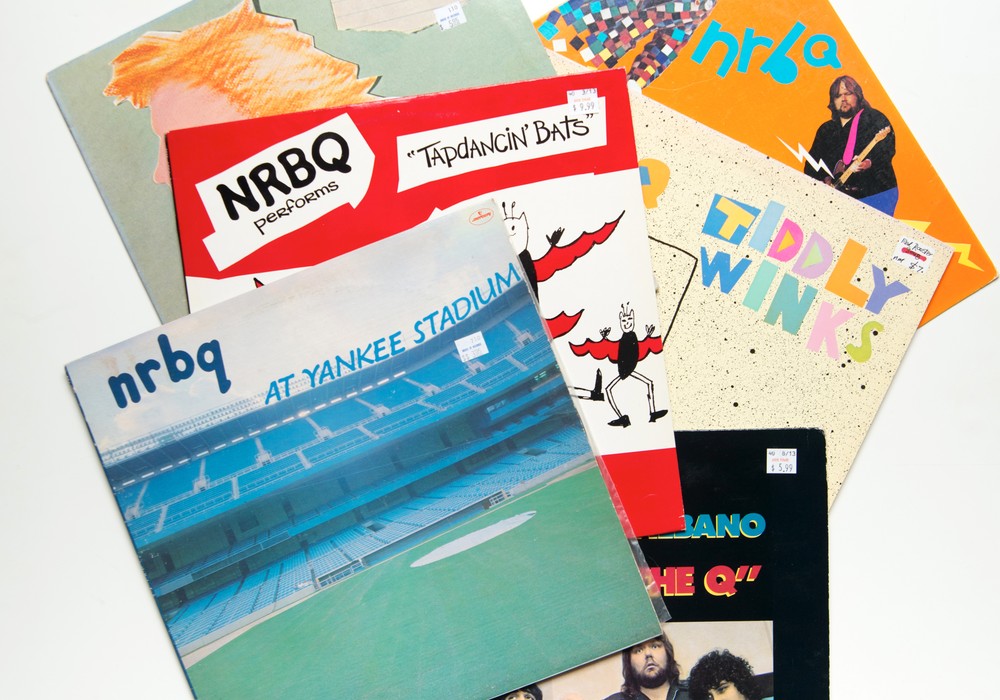 For over 40 years, NRBQ has been a codeword among fans of American music in all its forms. The New Rhythm and Blues Quartet (or Quintet, if you're referring to the band's original lineup with vocalist Frankie Gadler) doesn't have lukewarm fans — they're record store diggers and liner-note scourers. Examine the backs of their classic LPs, and one name consistently appears: "Tom Mark, engineer." His fruitful relationship with the band spanned their most creative, prolific decade, from 1975's All Hopped Up through 1985's She Sings, They Play (with country singer Skeeter Davis). His discography also includes dozens of records by visionary jazz/modern composer Carla Bley and her associates (including Steve Swallow, Karen Mantler, and Jack DeJohnette), as well as more mainstream albums by The Isley Brothers (Go For Your Guns), Todd Rundgren (Faithful), and even Meat Loaf's Bat Out of Hell! Tom currently resides in Ulster County, New York and operates Hudson Valley Recorders, focusing primarily on mobile recording. He's also a staff member of the Electronic Music Sound Department at nearby Bard College.

My father was a radio announcer. Early on I'd accompany him to the radio station, and go on various remotes. He was involved with fundraising for the Sloop Clearwater [Hudson River Sloop Clearwater, Inc.], which Pete Seeger founded. I went on to work at that station [WEOK FM in Poughkeepsie, now WPDH], and shortly thereafter I attended a recording session, loved it, and went on to try and get any work I could at the time.

The Band, Cream, and Jimi Hendrix. Certainly a lot of the folk music I'd been exposed to through my father. He also totally won me over with jazz; I got seriously into Thelonious Monk.

How did you end up working at Albert Grossman's Bearsville Studios in Woodstock?

I started out sweeping the floors there — waxing them, in fact. This was early in 1975, maybe late '74. At the time, Studio A was a big empty space, and Studio B was a big room with acoustic treatment. The control room had four Westlake speakers, and the console was a Quad Eight.

How did you go from sweeping floors to engineering sessions with Todd Rundgren, The Isley Brothers, and Meat Loaf?

I did all the sessions no one else wanted to do. There was this jazz record by Anthony Braxton and Muhal Richard Abrams [1976's Duets]; the other guys didn't want anything to do with it and I thought, "Wow, those are hardcore guys. I'll do that." It kept happening like that. I forget how The Isley Brothers found the studio, but it was a pleasure to work with them.

That was the record with "Footsteps in the Dark" on it, right? [Go For Your Guns]

Yeah, great song. There was a lot going on. When we were doing [NRBQ's 1978 album] At Yankee Stadium, I was recording Meat Loaf at the same time. I was still working for Bearsville; I was not independent. John Holbrook was the other engineer then. He was there before me, and I assisted him. With NRBQ, I guess we had hit it off on a couple of sessions we'd done, where I was assisting. I'd actually met them in 1969, when they appeared at the Duchess County Fair. Here come these guys, with the longest hair anyone had ever seen, pushing their car 'cause I guess they'd run out of gas. They played and blew everyone's minds. Eventually they moved to Saugerties, and we reconnected when I assisted on a session at Bearsville.

At Yankee Stadium is regarded as the distillation of what that classic NRBQ lineup was all about. Do remember much about doing that record?

We did intense bits, because they still had to work on the road. We'd be in there for a couple of weeks at a time, stretched out over a winter. I think most of that record is all live, and the only things that were overdubbed were things to help the production.

Do you remember if you guys were recording on 16-track?

How did you get Joey Spampinato's bass sound?

In those days we spent a lot of time on the amp sound, more than I think people do nowadays. It was definitely a combo [of amp and direct signals], though... we were into the modern world! [laughs] Still it was very straightforward, with no equalizer, but compression going to tape for sure. I think we used the old dbx 160 with the meter.

Obviously, so much of the band's personality comes from inside the mind of Terry Adams, and his use of the Clavinet.

Yeah, that's his [Fender] Twin Reverb, with a couple of mics on it. Terry has the right sound coming out of it, so it was pretty easy to get. Trying to fit it into the mix was sometimes a little more difficult. Each note has so much texture — that's what I love about it. They were one of the few bands that I saw that had an amazing band balance on their own. Live, it was incredible.