Jonathan Schenke has made a name and a sound for himself by recording and mixing some of the best independent and experimental rock that came out of New York in the last five years. You may have witnessed it with the likes of Parquet Courts, The Drums, Liturgy, PC Worship, or scores of other excellent NY rock records. A go-to-guy for commercial work and in the underground, I was excited to visit him at Dr. Wu’s, the studio where he’s done so much creative production, and talk about his collaborations, his process, and his own music. His passion for excellent record-making is clear, and rewarding for everyone involved.

I wanted to ask what inspired the transition from live sound to recording for you, and the back-ground on shifting to recording.

For me, recording has always been the end goal; live sound was more of a means to an end in terms of making money and trying to learn as much as I could about sound. I took any sound gig I could, even if it was just for a day. Live sound was an awesome boot camp to learn signal flow, how to mic, and EQ something quickly so that the band and crowd aren’t waiting on you... you’re just constantly moving forward. It’s funny, I would say to anyone trying to record that the best way to get good fast is to do live sound and just mix a ton of bands every night.

When did you transition to full time to recording then?

I guess I’ve really been able to fully embrace recording in the last five years or so, since moving to New York. Before that I was in Chicago after college, doing a bunch of live sound and working at Experimental Sound Studio – an amazing nonprofit sound arts organization. I was the manager and head engineer for their recording studio, but they also have a gallery and do sound art installations around town, as well as an archive. They had Sun Ra archives and I would do remasters and such there. When I moved [to New York], I was still doing some live sound, driving trucks, and whatever I could to pay the bills.

Can you tell me more about the history of Doctor Wu’s, how it started, and what your involvement has been?

Doctor Wu, the person, is the father of the studio owner Yale [Yng-Wong]. There’s a Steely Dan song about him. He was this renaissance man, of sorts, in the ‘70s in California and the Washington, D.C. area. He helped popularize Chinese medicine and philosophy as a healing practice, he was a painter, and did translations of the I Ching and other classic texts. One of the things that he was most known for in the ‘70s was treating people that were getting off heroin, which is how Steely Dan got to know him. We started the studio in spring 2012, with Yale Yng-Wong, Jake Aaron, and I. When we heard his story it was clear it had to be the name. We put the studio together in March 2012, and just slowly added to this pile of gear and list of clients coming through. It’s been really amazing to watch it grow. All three of us have grown as engineers, having each other to learn from.

You did some work and collaborations with Eventide, is that true?

Yeah, I got to know a designer named Joe Waltz who works at Eventide – just one of those incredible mad scientist sorts. Over the past couple years I’ve worked closely with him on plug-ins and outboard gear that they’re developing. He’ll send me a new build that I’ll play around with, then we’ll just brainstorm what it can be over coffee or one of his homemade pasta dinners. Soon after, I’ll get a new build and see our ideas start to be implemented. Same with some of the outboard gear – I’ll go over to his apartment and there’s gear spread out across every surface. He’s always picking my brain about things and testing them out at Wu’s. I love that company; They’ve made so much inspiring gear and software over the years. It’s cool to be an active part of that.

I’d like to hear about your experiences recording to tape. Can you tell me some more about that and the tape shootout that you have online?

My first experience recording to tape was early on at the Cleveland Institute of Music. We were recording string quartets and piano concertos. Our instructor, Alan Bise, didn’t let us touch a computer for months. He lectured on microphone types, microphone placement, and proper signal path. Our first recording project, when we actually sat down to do one, was to 2-track tape; rocking the reels by hand, doing the edits, and splicing the...

The rest of this article is only available with a Basic or Premium subscription, or by purchasing back issue #122. For an upcoming year's free subscription, and our current issue on PDF... 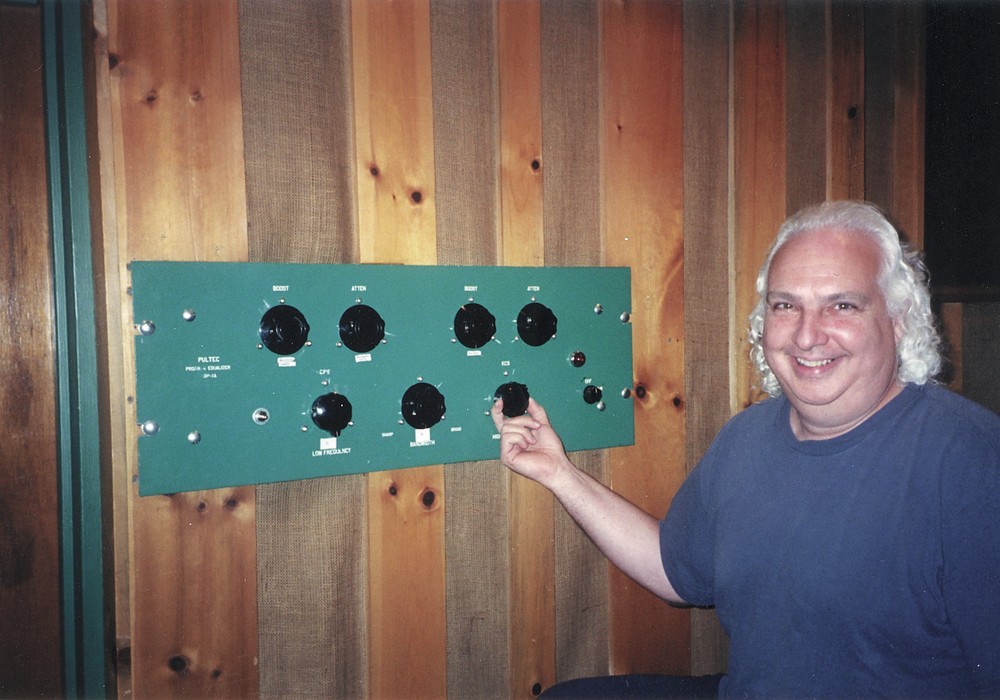