Leo Sidran is an accomplished solo artist, multi-instrumentalist, award-winning music producer, and podcast author. He grew up surrounded by great musicians, producers, engineers, and recording studios via his father, producer/keyboardist Ben Sidran. When he was a teenager, he wrote a few songs for The Steve Miller Band and watched with perplexity as his demos became the actual album cuts on Steve's next record. He went on to win Oscars and a Grammys for productions with other artists that were essentially from the original demos as well. In the spirit of his brilliant The Third Story Podcast, where he interviews prolific creative types and looks for the moments that helped shape their success, I caught up with Leo to get a glimpse into his production ethos, and to track how that may have been shaped. We talked about demos, dancing, eureka moments, gymnastics, and making records in the parlor.

I want to talk about Alex Cuba's Healer album. It's an amazing sound. How much of that is you?

The Alex Cuba record was, in many ways, the perfect culmination of all that I have been doing all these years. The Spanish aspect of it, the jazz and soul influences; he's a singer/songwriter, and it's a largely acoustic album. He reminds me of a classic kind of artist from the 1970s, and a perfect fit for me to work with. The record started when he sent me demos of himself playing guitar and singing, and asked, "What would you do?" I did that thing where I'm alone in a room and I play all the instruments. I stacked the track up, and I sent it back to him.

I love the tune, "Realidad Que No Escogimos." Is that what I'm hearing there?

Well, not the song that you're asking about. Alex eventually came to New York and we did another part of the record with a rhythm section tracked live in the studio, and I wasn't playing on those tracking sessions. I brought those rhythm tracks back to my place and filled them up with additional elements. My main concern was, "Will this be coherent? Will this all sound like the same production, if some songs are made by one or two people playing everything? Will the other songs with a more traditional rhythm section tracked live in a room feel like more of an old school recording?" I had a lot of conversations with Alex about it. The track that you're asking about, "Realidad;" that's one that was cut live with Alex playing guitar, a bass player [Rob Jost], and a drummer [Rob DiPietro] in another studio. I was recording it, and basically just dancing.

Alex talks about the effect of my dancing on that record, about how he would look through the glass and I'd be dancing around the studio. He said, "Your dancing was a real influential element in the tracking of those songs." I brought it home and played guitar, vibes, and Rhodes [electric piano] on that song, and I was really pleased to discover that it all does still feel like my production. There's a way that each of us produces and records that has its own personality. I've been playing with that idea more over time: How far can I go, and still maintain my identity? If I'm not playing, but I am recording, does it still have my sound? If I'm not playing or recording, and I'm just dancing, am I still transmitting something? 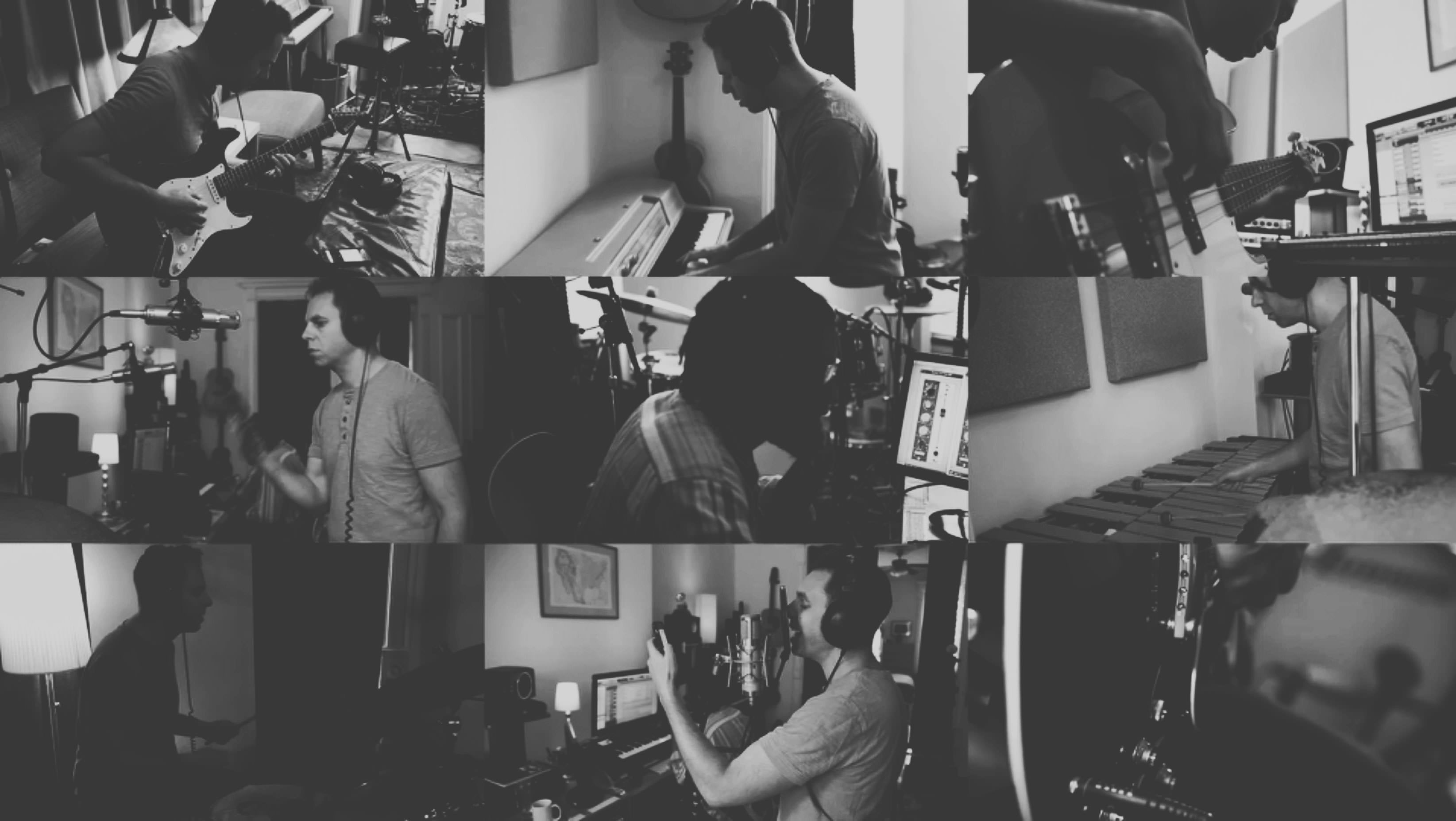 Can you trace how, as a young kid, your producing identity developed?

I don't remember the first time I walked into a recording studio, but it must have had an impact on me. By the time I was three or four years old I was taking piano lessons, but I didn't want to take piano lessons anymore. I told my parents that the room I wanted to be in was the room with the musicians and the microphones, not the room with the piano teacher. I definitely had some concept of what recording was, where it happened, and who the people were that made records. I started playing drums when I was 5 or 6, jamming with my dad and local teachers in Madison, [Wisconsin]. The first was Clyde Stubblefield, who came over to the house because he was a friend of my father's. He didn't really teach exactly. He guided, you could say, and encouraged me.

You put out a tune about Clyde ["Handed Down"]. It was so touching. That's the demo, right? But you released it to the world.

There's been a real evolution in my thinking. I used to believe that there was some fundamental difference between a demo and a record, and I feel that much less now.

I don't really know! Sometimes I have a vision and I'm trying to catch it before I lose it, but a lot...