by Geoff Stanfield | Photographs by Phil Chester and Sara Byrne 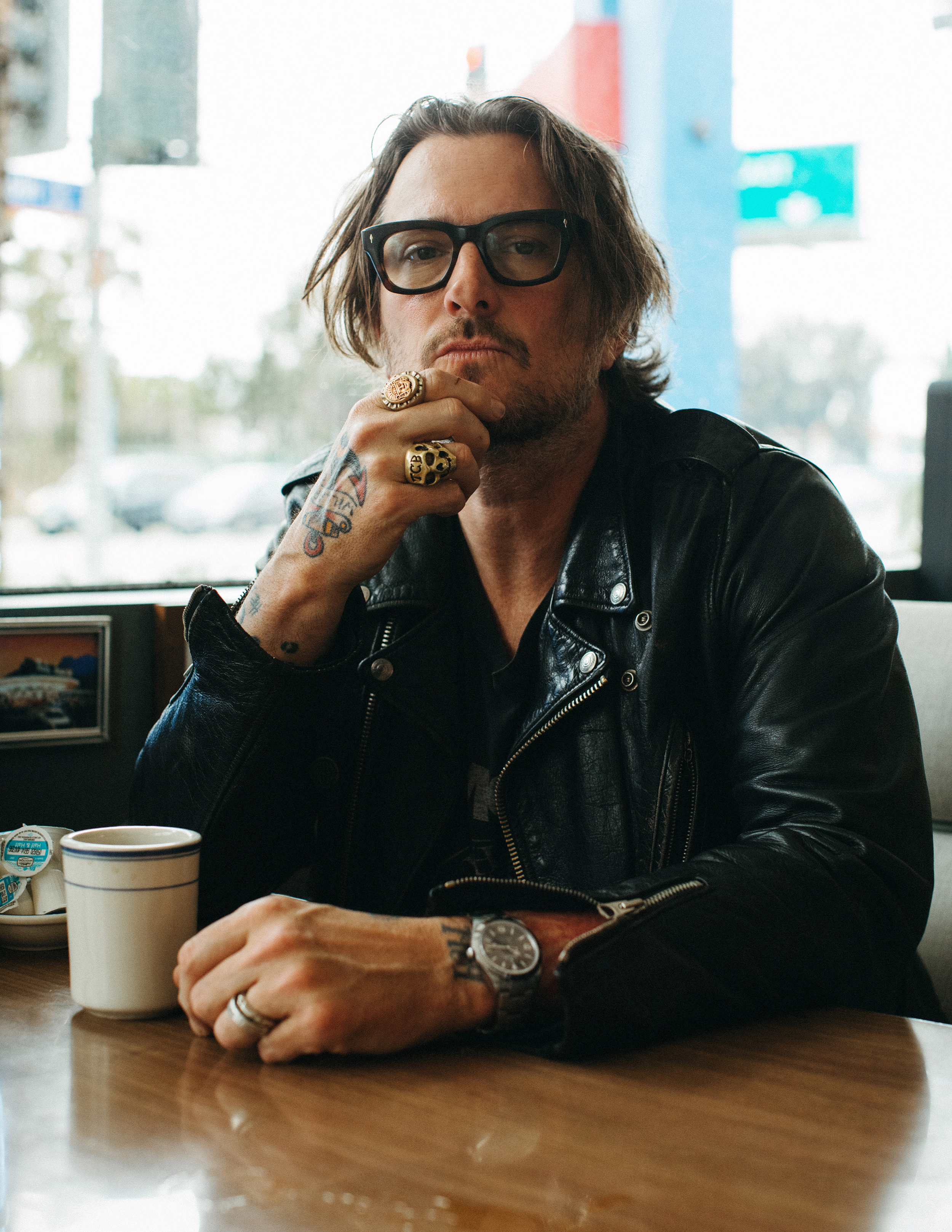 For the better part of three decades, Butch Walker has simultaneously been a rising and continuous presence in music-making. From his early days in the late '80s glam metal band SouthGang, to Marvelous 3 in the '90s, as well as numerous releases under his own name and penning hit songs for artists like Taylor Swift and Frank Turner, plus producing albums for a massive list of artists including Pink, Weezer, Green Day, Fall Out Boy, Saosin, Katy Perry, Avril Lavigne, Sevendust, Midtown, The Donnas, and Panic! at the Disco, his career has known many iterations . Earlier this year he released the album American Love Story, a rock opera that tells the loosely autobiographical story of a young man named "Bo" who deals with themes of racial and sexual bigotry, reckoning, and redemption, paired with a walk down a musical memory lane of the '70s and '80s. Butch still prefers to record in one room, handling the engineering, mixing, and musical duties himself, just as he did on his first 4-track in the shack behind his family's home in rural Georgia.

How did you got interested in recording and music?

I was always fascinated as a kid. I was an information junkie. I took in all the album notes and credits. I was obsessed with who did what, and what did it mean when it said, "Produced by," "Engineered by," or "Assistant Engineer." I didn't even know what most of that was. Pre-internet age, when no one was smart about this! Now everyone seems smart, because they can look it up. You had to stumble into it, especially when you were in northern, rural Georgia in a small town. The only music exposure I got was what was on the radio or, after 1981, what was on MTV. [I also relied on] what I read in music magazines, which I was obsessed with. It didn't matter if it was Teen Beat, Tiger Beat, Hit Parader, Creem, Guitar Player, or Modern Drummer; I loved all that. I was able to acquire a little bit of knowledge from those magazines. I saved up my grass-cutting money and bought a 4-track cassette recorder. The first one I had was a Ross 4-track recorder. The "chicken coop" was my parent's antique and crafts place behind our house. My dad was an antiquer and my mom made country crafts, and they had this cool wooden shack built behind the house. It eventually became my playroom, jam room, and make out room; everything as a teenager. I started having band rehearsals there. All I had was some cheap, shitty microphones. I hooked those up and started learning from trial and error. The first time I played back what I recorded, they were all super distorted and crappy. But it was a really cool experience, and a way to learn.

You're a songwriter, a band guy, and a multi-instrumentalist. At what point in your career did you really take a look at things and say, "I'm a producer and engineer"?

Well, I don't know if I ever did. I always grew up admiring people who were able to have their hands in all kinds of cookie jars. Prince was one of my favorites growing up. It was always public knowledge that he was the writer, the composer, produced everything, and played all the instruments. I loved that. I didn't know if I was ever going to hold a candle to what someone like a monster musician and artist like him could do, but I definitely aspired. Todd Rundgren was another one of my favorites who did that. I wanted to learn it all and know how to do it all. I didn't grow up with any money, so I didn't have money to go into a fancy recording studio. Back then it was super expensive. You could spend $2,000 a day, and you might not get shit when you went in on your dime. You had to make sure your inspiration was always hitting. Over time I got it set up myself in my own private spaces. I guess I've always been a producer, but definitely not one everybody knew. That didn't happen until around 1998, when my band [Marvelous 3] had a runaway freak hit single ["Freak of the Week"] on alternative rock radio. It got us a record deal, got us signed, got us a lot of recognition, and had us touring all over. That was something that I had recorded in my bedroom; that opened up the floodgates. I started having labels calling me going, "Who produced that? That sounds great!" I'd say, "Well, I did." They'd say, "Well, who engineered it?" "Me." "Okay, cool. Who played it and wrote it?" After answering that it was all done by one person, I started getting calls asking me to do [the same] for their artists. I started doing production for signed artists and had some success right out of the gate with it, which was awesome. Basically, my own little records that came and went – and didn't really amount to much in the grand scheme of things – paved the way to producing outside records for other people. I'm still doing it now.

Do you only work at your studio, RubyRed Productions, or are you...