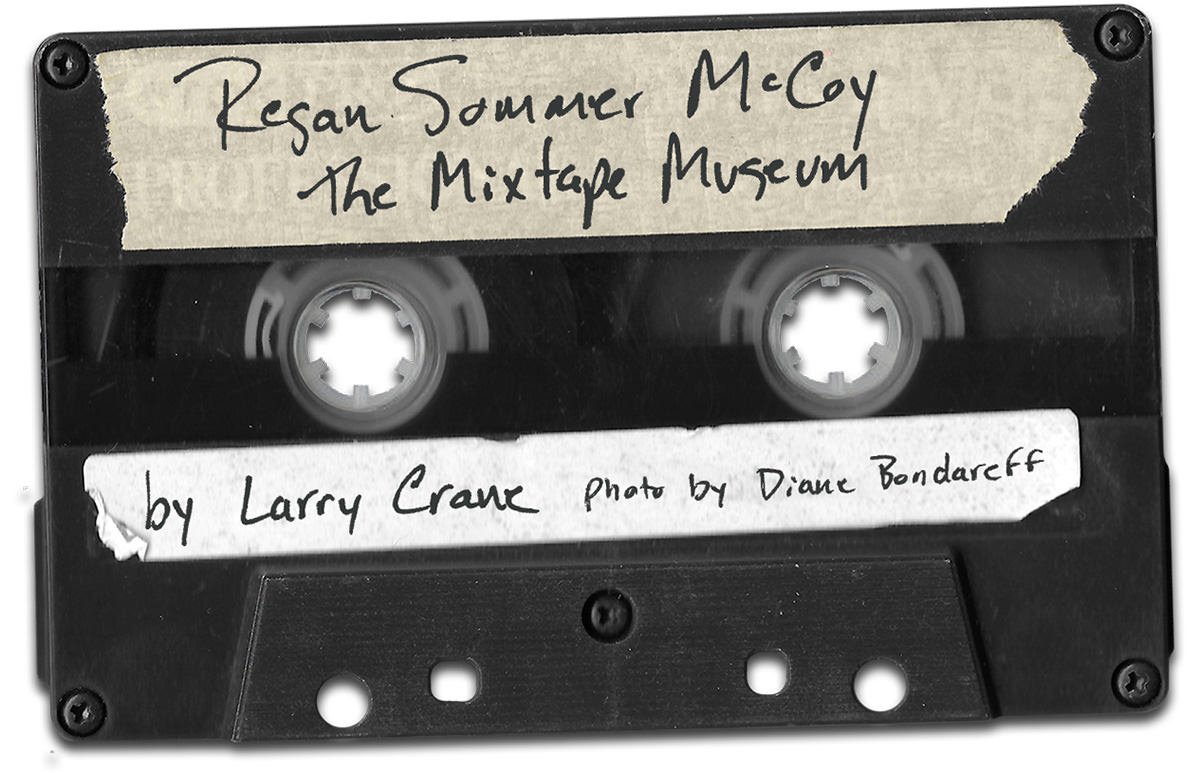 A frequently overlooked part of hip-hop history and culture, the story of the mixtape deserves to be archived, preserved, and celebrated. Beginning with cassette-recorded board tapes of early hip-hop club performances – featuring innovative beat matching, scratching, and early rapping – and on to CD-Rs curated by tastemakers promoting new tracks to the world, the mixtape is an important document. Regan Sommer McCoy started The Mixtape Museum to promote this idea and get the process moving. There are still many tasks to accomplish, but with her passion, connections, and knowledge this amazing part of culture can be cataloged and understood for future generations.

If you ask me what a mixtape is, the answer would be very different from some of my mixtape and hip-hop purist friends. My first entry point to mixtapes were the first ones that I made in my bedroom, recording off the radio. But in high school I started buying the mixtapes that I cover in The Mixtape Museum. Those were the mixtapes that were curated and dubbed by these DJs. The DJ culture, in general, intrigues me.

Where did you buy them at the time?

I grew up on 14th Street in New York City. At the end of 14th Street, on the West Side between 6th and 8th Avenues, there were these little shops. They were just a hole in the wall, like a closet. Many were operated by Chinese and African vendors. You would walk into this little room, and there would be walls of tapes; like DJ Ron G or DJ Juice. DJ Ron G was the first mixtape I ever bought with my own money. There was Canal Street – a huge venue for "bootleg" recordings, 125th Street in Harlem, and Third Avenue in the Bronx. There were also other music stores around the tri-state area. The tapes were small, so you could pass them around, copy them, mail them, and stick them in your back pocket. My interest with the cassette is – because of my story and the things I've been exposed to living in New York – I found that there are so many things on these cassette tapes that are probably being missed. We don't know where the tapes are now. They're in attics and in Nike shoeboxes in basements. Some of these tapes are more than 40 years old. Cassette tape seems to be a very stable medium, more stable than some recent technology, but they are in danger of deteriorating. It is terrifying for me. That's why I spent the time locating them, finding the collectors who have them, and trying to get them to dump as much info as they can into spreadsheets so I can filter the information. It's a search and rescue mission. I have accepted that it is my life's work. There are so many people – DJs, hip-hop artists, historians, ethnomusicologists, and technologists – who are interested in helping.

What was on these tapes?

They were hip-hop compilations. Said DJ would have about 30 tracks, depending on the length of the tape, and it would just be different artists. The better DJs were blending from song to song.

Right. Ron G was really great at that. He was one of the most notable DJs who mastered blending. He was responsible for breaking one of Mary J. Blige's early songs, because he mixed it with hip-hop. DJs naturally want to go and find new music from different artists, but, at some point, the record labels got hip to it and started really pushing music into the DJ's hands.

Weren't the tapes sometimes a record of a DJ set from a club night?

Sure, that's how they started. You had DJs like Brucie B, Kid Capri, and others who were recording their sets at clubs live, and then making copies of them and distributing them on the street. At some point there was a pivot, where it was like, "I'm not recording just my live sets, but I'm actually going to go home and create a tape." DJ Grandmaster Flash said he would sell tapes for a dollar per minute. If you had a 120-minute tape, it was $120.

There were a limited amount of these being made?

Sure, and a limited amount of people who could afford to actually pay that. It became a status thing. If someone was playing a tape from last night that was clearly a set from the club that you may not have been able to get into, you were like, "Oh, he was able to buy the tape." If you had a shout-out on the tape, it was even more special. You'd pay extra money to get a shout-out on the tape.

There are a lot of levels going on...

Mark Ronson got his start as a young DJ in NYC before going on to work with Amy Winehouse, Nikka Costa, Lily Allen, Macy Gray, Saigon, Adele, Paul McCartney, Duran Duran, and many others. Mark's...

Australia's Tame Impala, led by Kevin Parker, have taken the classic psychedelic sounds of Cream and "White Album" era Beatles, and combined them with elements that can only exist in the modern...