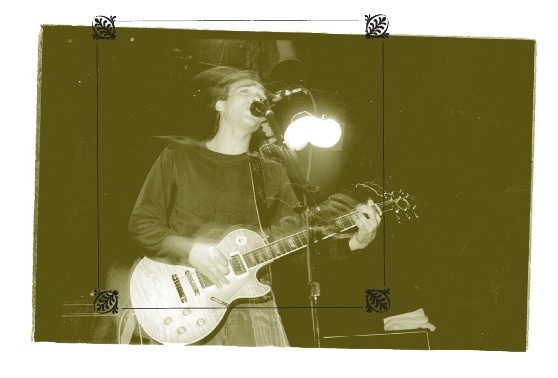 The first time I heard Jeremy Enigk's "Return of the Frog Queen" I was absolutely floored. I think it was "Explain" that keyed me into his very idiosyncratic and original vision; the acoustic guitar that opens the song picks an optimistic pattern, a sort of major key Wall-era Pink Floyd riff. But the recording of the guitar is brutal: it's so saturated with tape distortion it sounds like it's eating up the tape. And then the voice, distressed beyond belief (I could almost see the PZM taped to the basement wall), floating along like some spawn of Syd Barret. Enigk's voice follows it's own harmonic logic. He's one of the few singers whose melody lines surprise and puzzle me. And this is before the 41-piece orchestra comes in...

I was so obsessed with this record that I tracked down the engineer, Greg Williamson, and plied him with questions about the recording and production of this art-rock masterpiece. His advice was key in the early gear decisions of my studio, Tiny Telephone. He agreed to record my band (the recently dissolved MK Ultra) and eventually this led to us doing two Sunny Day Real Estate Tours. This record affected my life in so many ways and has influenced many other musicians I know.

Jeremy's approach to recording is refreshing: he places the song over the technical considerations, letting his intuition rule the entire process.

-John Vanderslice (I took the photos too, except the one on this page by Ben Werth.)

Describe your current home set up for recording. Whether it's sketching or for recording ideas or demos or beginnings of songs like a few of the songs that you recorded yourself on Frog Queen.

Frankly, what I have is pretty simple because I don't really like compressors and stuff. I get really confused. I like to get it down as fast as possible and then for the real thing, I'm letting the producer take care of the compression. I have a Fostex DMT8, one of those new hard drive things. It's an 8-track and it's basically what I use and I have my dual cassette and then I have a drum set and a couple of amps laying around. I just try to use that as best that I can. A little bit of the EQ on the actual Fostex.

So that's a console and recorder all in one?

When you were doing sketches for Return of the Frog Queen, what were you using then for your recorder? 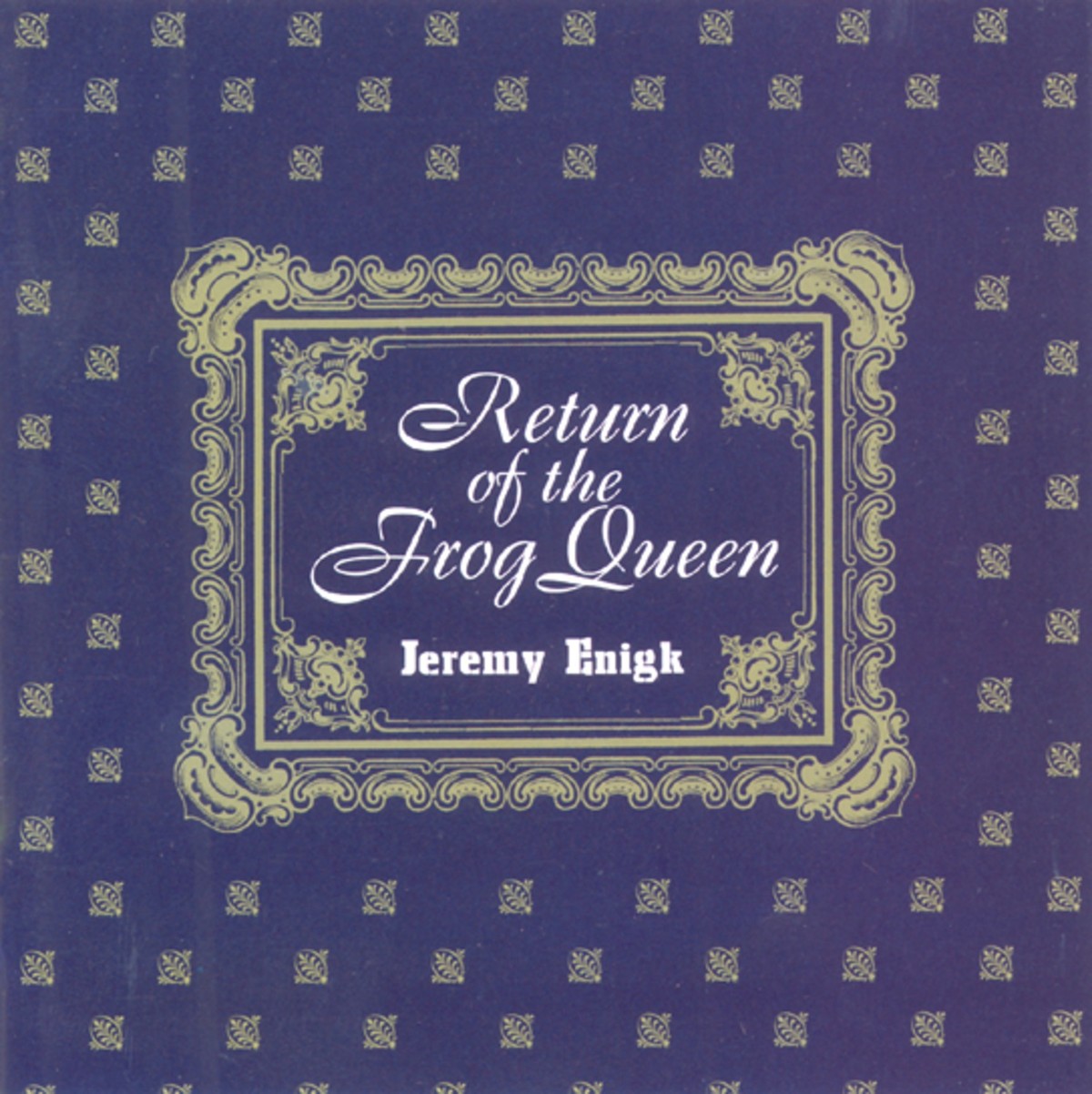 I actually have a Tascam 4-track that's totally wasted. It's fallen off the top of an upright piano and it still works. It's a Tascam Porta-5 that I got ten years ago. One song off Frog Queen, "Fallen Heart" is actually recorded directly from that 4-track.

And that sounds really good.

Yeah, it sounds alright and that's the cool thing with an actual tape and analog machine — it records on both sides and you just flip it over and it's backwards.

And what were those sounds that were backwards? We're some of those piano sounds or what?

They were just guitar and vocals. That's all I used. I recorded that song years ago when I first got my 4-track, forwards, obviously. I always would have fun with that song by playing it backwards because it sounds so neat backwards and so that's always how I listened to it. I thought I should try to put forward stuff over this because I knew the Beatles had done that and I should mess around, but that I should be careful because it's an old recording. I didn't really want to destroy.it So I flipped the tape over backwards and figured out what track went to what track. Then I put forward vocals and a new bass line over the backwards guitar and vocals that were there and it ended being pretty cool.

One thing that struck me the first time that I heard Return of the Frog Queen, was "Explain", and it was the saturated, distorted sound of the acoustic guitar that opens it and your vocals when they come in and I had never heard anything that sounded like that. I thought, and I still do, that it was the most original recordings out there. Where did you record "Explain"? Was that one from Bobcat?

No, "Explain" was done at Greg Williamson's [Enigk manager who recorded and engineered Return of the Frog Queen and How it Feels to be Something On So that was done and you guys were just hitting levels really hard, and that's just part of that sound. 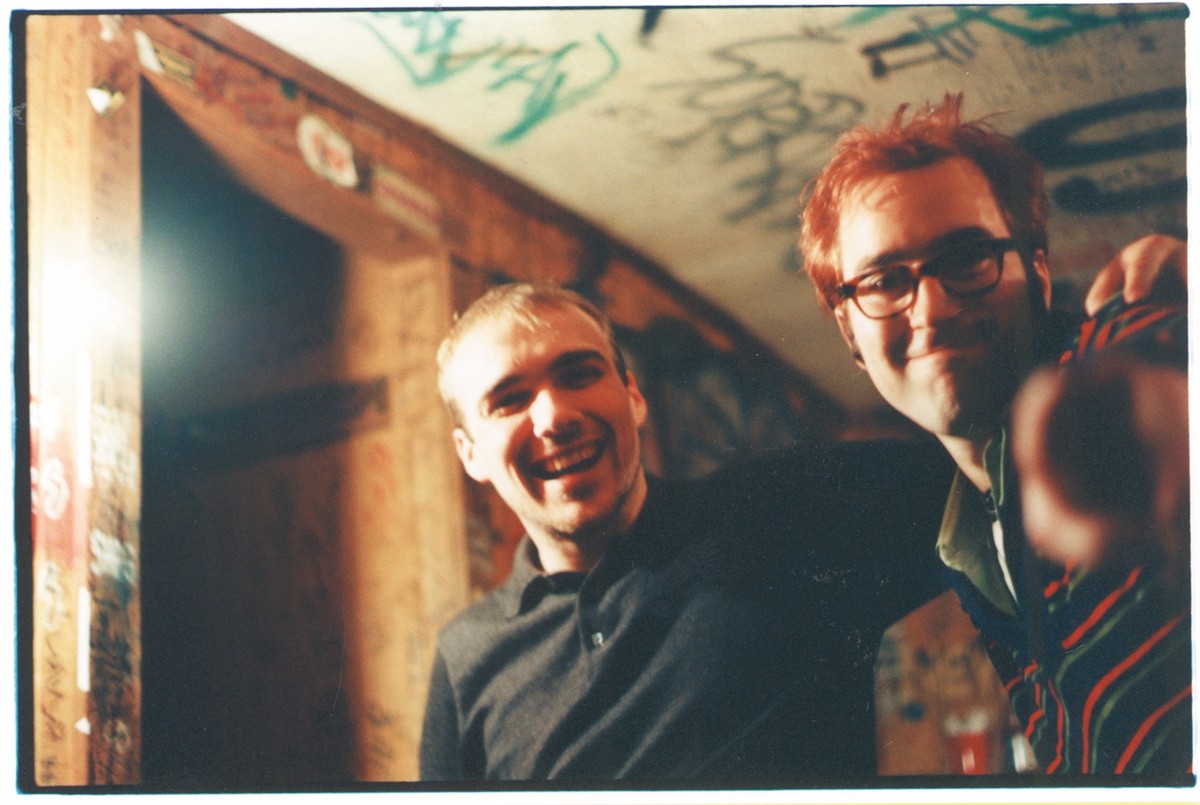 So that was done and you guys were just hitting levels really hard, and that's just part of that sound.

I think that's Greg's whole thing. He loves to push it right before it distorts or right when it starts distorting. And that was done on a 4-track because it was originally going to be for single so we thought, we'd do it on a 4-track and save money.. But we really liked it and wanted to make it a serious song.

At that time you were doing a lot of your vocals on the Realistic PZM mic.

Mainly, except for a few songs on Frog Queen that we didn't use that mic on.

But generally that was your mic and even on the new album you have one song on there. Which song on that did you use the PZM or which songs did you use?

On How it Feels to be Something On, we...