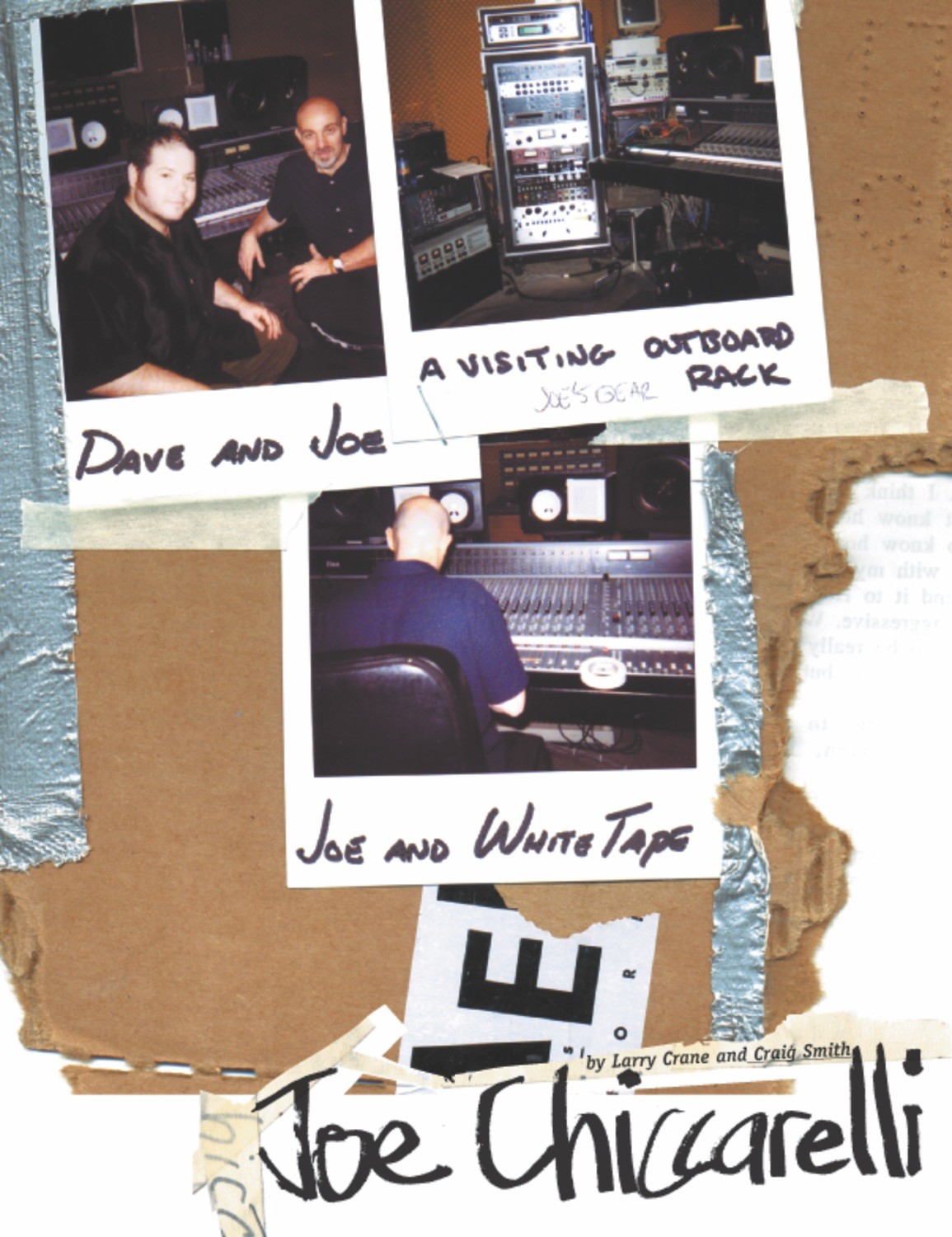 In the recording world Joe Chiccarelli is very well known. He got his big firÌ break engineering Frank Zappa's Sheik Yerbouti, which turned out to be a big seller, and now he's respected for his work with Hole, Tori Amos, U2, American Music Club, Beck, Shawn Colvin, the Stranglers, Stan Ridgeway and many more. He is a classic LA producer, bringing huge racks of gear to the studio and renting more, but he is also really down-to-earth about recording, what makes a great song, and interested in crazy sounds and cool gear. Plus he's a big fan of Tape Op! We caught Joe while he was up in Portland working at Supernatural Sound (where Craig manages and engineers) producing an album for Five O'Clock People. He was also in the middle of recording an album for the Pulsars in Chicago at Kingsize Sound Labs. A busy guy. We met at Jackpot! and had a lively conversation over bagels and coffee.

One thing that I really picked up from you is that it's not about what gear you set up. I mean, it's important to pick the right mic and all that, but you go for whatever sound is emotionally compelling, not necessarily which sound is better technically.

Yeah, I really believe in that. I mean, everyone is a fan of Tchad [Blake]'s [#16] stuff. Tchad's stuff, by all standards, is tweaked and bizarre and everything else, but man it sucks you into the music and it supports the songs. I think the more I do this I find it's like this deep emotional process of stripping myself of everything I know about all this and getting to the music. Thinking, "How can all this bring out the best in the song?" Sometimes it is the super hi-fi glossy recording and other times it's the total broken, cheap microphone and tons of distortion, compression and everything else. Basically what's going to really, emotionally, make you have some kind interaction with the song.

How do you find the right approach to things like that. You get a certain amount of time to work with an artist and you're trying to get to that level. I always find that's the hardest thing for me.

It's weird. Sometimes it's a real simple intuitive thing that you instantly know, "Oh, okay, I know what will make this work." Other times it's like this process of elimination; of thinking, "Ok, this is the way I know to get to it," and you go there. Yeah, you're right, that stuff can eat up time and it can burn people out and all that. I mean, obviously, if you're producing a record you go through preproduction and all that. The thing I really try to do is to get close to the artist and try to figure them out and try to figure out what they want. The best records that I've done, in terms of that, are records where I've understood what the artist was all about. That includes understanding their weaknesses too, knowing what to avoid and where to push them and that sort of thing. I'm sure everybody goes about it different ways, but I think that the more you're in tune with the song, even if it's a really horrible song, you try to figure it out. "Ok, this is really horrible, but where's the beauty in it, where's the one great thing, how can we make more of that and less of this other stuff that makes it weak". On whatever level you are, at the time. I don't mean level of expertise, but I mean level of like: Are you connecting with the technology, are you connecting with the arrangement, are you connecting with the songwriting? What are you working on at the time? You have your catalogue of sounds in your head. If I use this old crystal mic through this piece of gear, I'm going to get this kind of result.

The more work we've done the more things we have to draw from.

Absolutely. I know for me, personally, the more I do different types of music the better I get. It always seems like if I do an industrial record and the next record I do is a folk record that there's something you bring with you from that other project that you, unconsciously, subtly incorporate into this new thing. It somehow makes it makes it a little hipper, a little more unusual, and you don't even know what it is. It's not like you go: "Hey guys let's use this distorted loop." It's just having that wealth of experience, of different variety. Any player will tell you that if he can play classical stuff, country stuff or whatever; he can bring more things to the table in terms of the nuance in his performance.

In my case I'm sort of the house engineer and studio manage. I get to watch everyone who comes in and that's a great thing. I tell you, I learned so much more from that than I ever learned from reading Mix or Modern Recording Techniques.

I think, ultimately, the best way...