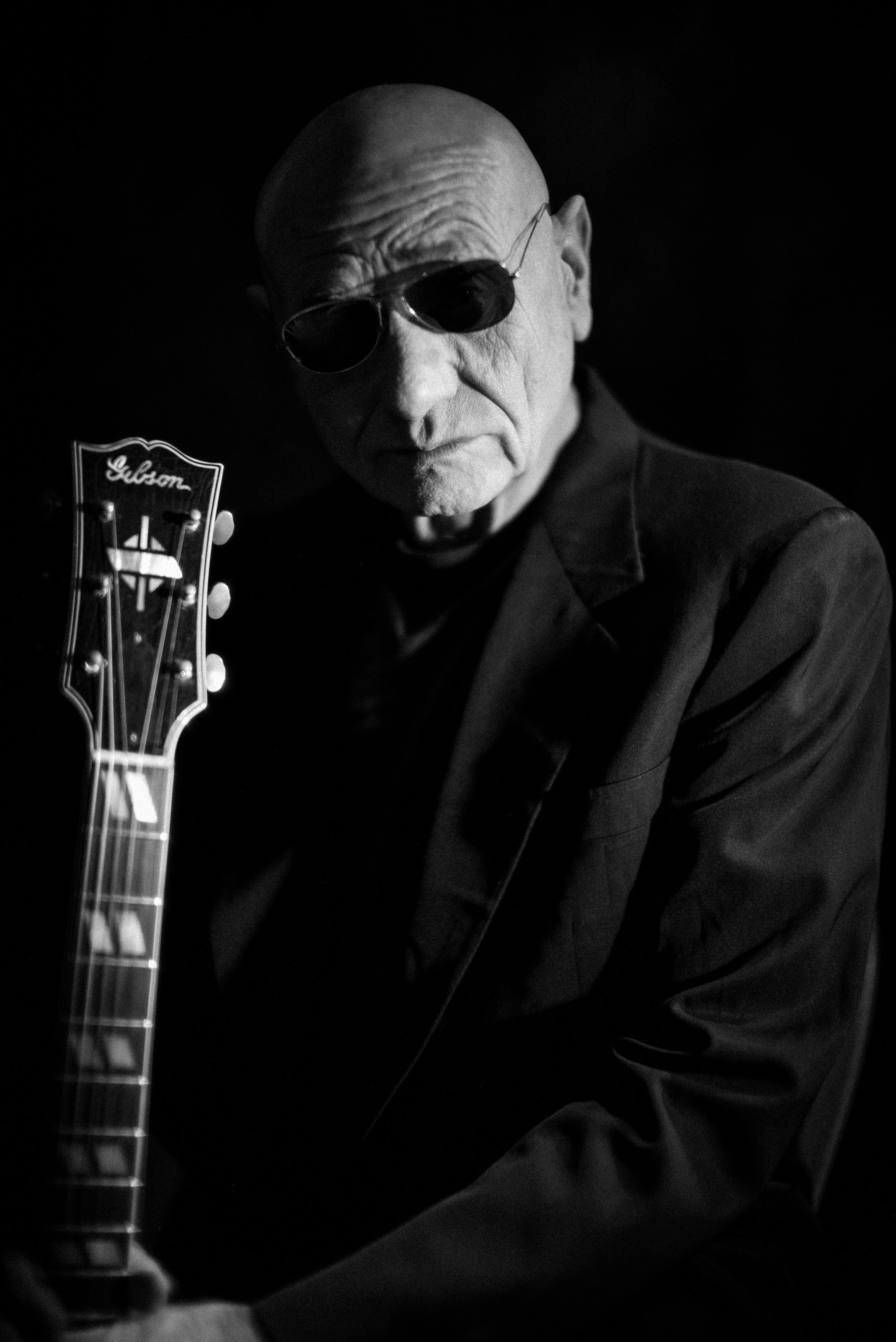 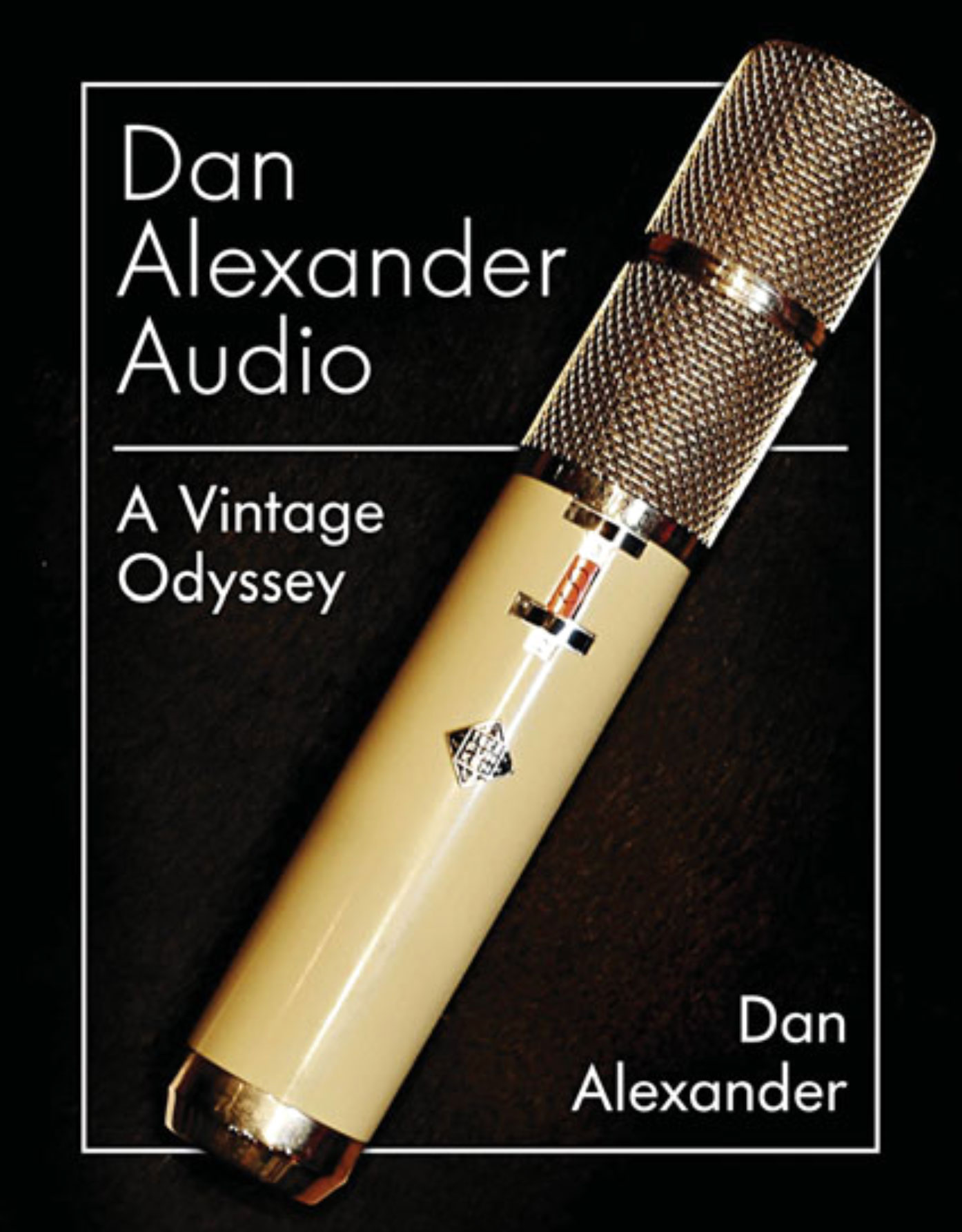 Ah, vintage recording equipment. Where did this world come from? In the late-‘60s and into the ‘70s, cheaper electronics and manufacturing filled the market of pro audio. As the ‘70s rolled along, people like Dan Alexander and Allen Sides [Tape Op #106] sought out the best of the previous generations’ recording gear. Dan’s quests across the Atlantic, as well as wheeling and dealing across the U.S. are legendary. In Dan Alexander Audio: A Vintage Odyssey we get a blend of recording history, gear information, crazy stories, Dan’s autobiography, and more. There’re over 80 stories, 400 photos and re-printed brochures and ads, and info on 22 classic pro audio manufacturers. The truly classic studio gear, like consoles by Neve, API, Helios, and Trident, plus Telefunken microphones, are focused on – this book is not a compendium of everything, but the stories and facts are informative as hell. The forewords by the likes of Sylvia Massy [#63], Shelly Yakus [#31], and your humble editor are pretty hilarious. I don’t know why Dan chose to fill 85 pages with a list of 7,500 products he sold between 1979 and 2000 – not exactly the most engaging reading despite some big-name clients, but the rest of the book offers a glimpse into sonic obsession and a singular quest for locating the recording gear that sounds the best. I’m glad Dan has documented some of this history, and I hear he’s working on a book about tape decks next. Oh, boy!

I was glad to be asked to write an intro for your book.

It was so much work. You have no idea. When you think of writing a book, you think, “Okay, I’m going to put a bunch of words down on paper and give it to the company, and then they’re going to make a book out of it.” It ain’t like that at all. You have to do virtually everything right up to the final layout. 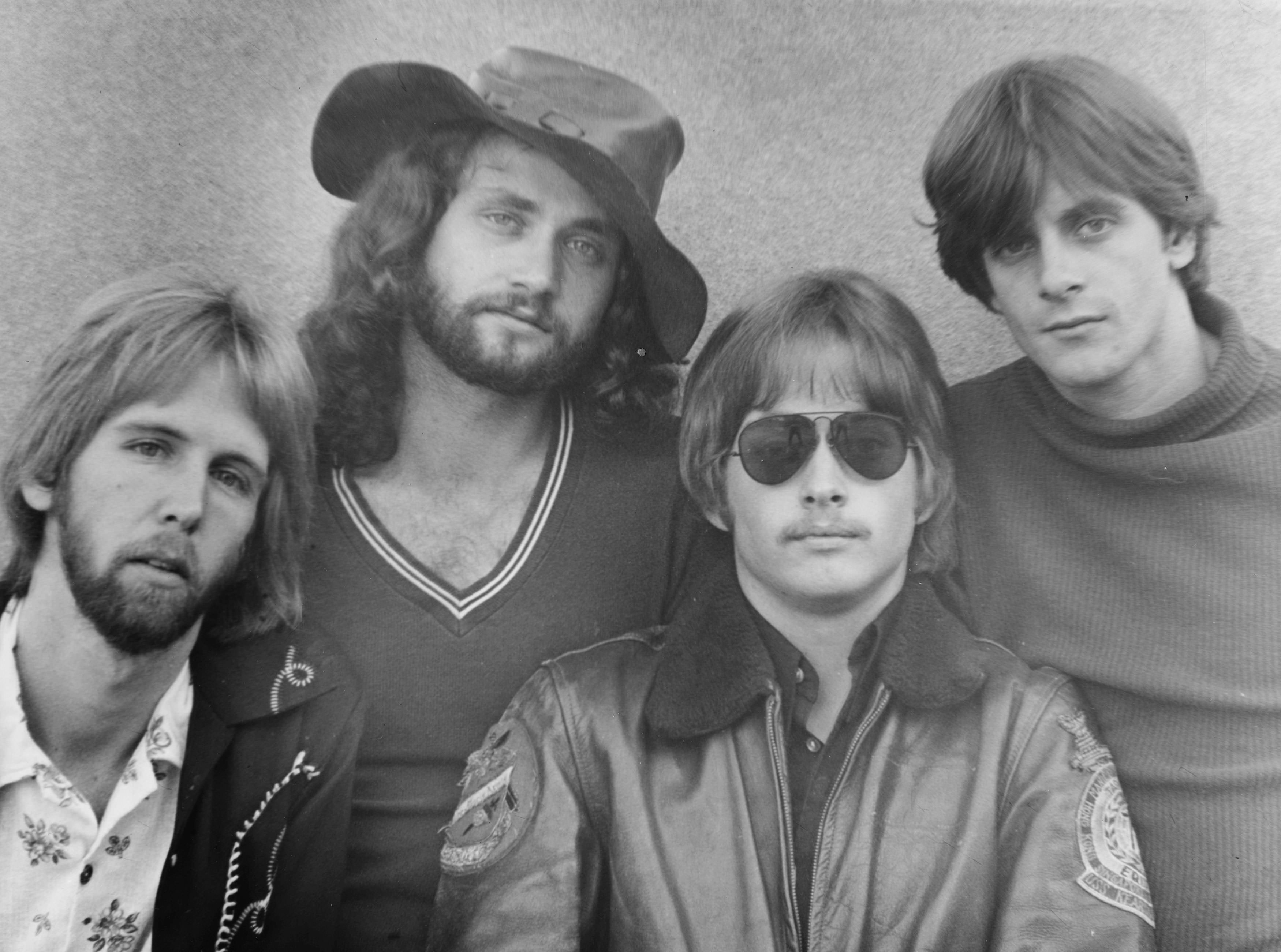 What was your impetus to put this book together?

Nothing of any forethought or planning. I’ve always had a lot of stories, because I met a lot of people. I spent three months in Thailand in 2015. While I was there, I started writing down some of the stories. Now it seems like it’s something I’ve done every day forever.

For five years or so.

Writing books is a lot harder than building recording studios and building recording studios is not very easy! It’s easy to move a laptop and a couple of speakers into your spare bedroom, but to actually build a studio – no matter what level you’re on – is a lot of work. It took me a lot longer to write this book than to build or rebuild any studio. I had always carried around boxes of my invoices. I had all of them, going back to 1980. I decided to compile a list, and then I decided that I was not capable of spending the time to do that. I hired this old friend of mine, Nina Port, to do that. Then it evolved into a thing where I would say, “Okay, let’s do a story today,” and I would start dictating to her. She would correct it and fix it, and then I would correct it and fix it. It went on forever.

I’m familiar with this process. [laughter]

Yeah, I couldn’t ever have done it without her help. Simple as that. Now we’re working on a second book.

I need the pain. No, this one’s a lot easier.

What’s your second book going to be about?

The second book is a pictorial history of the professional tape recorder. 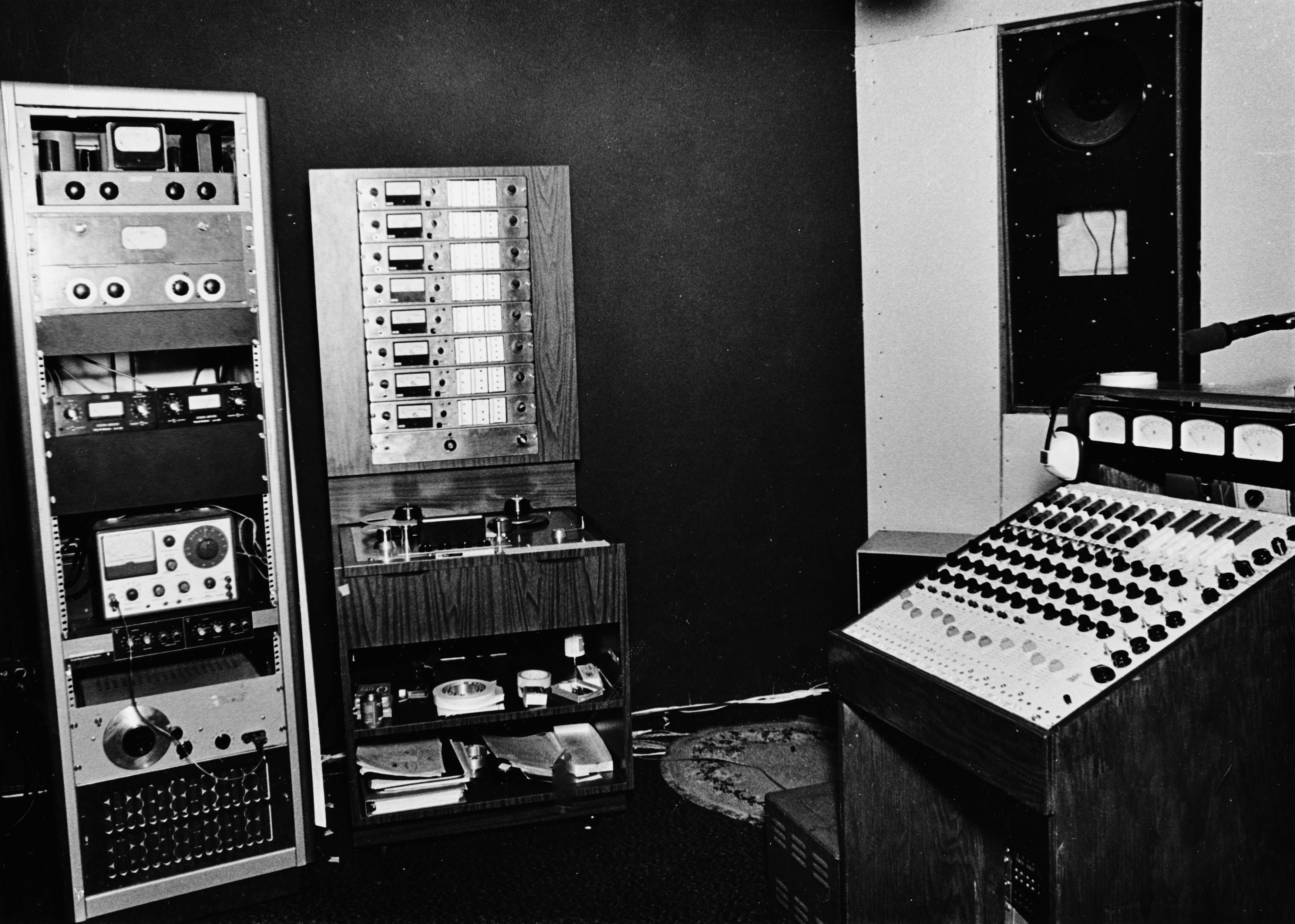 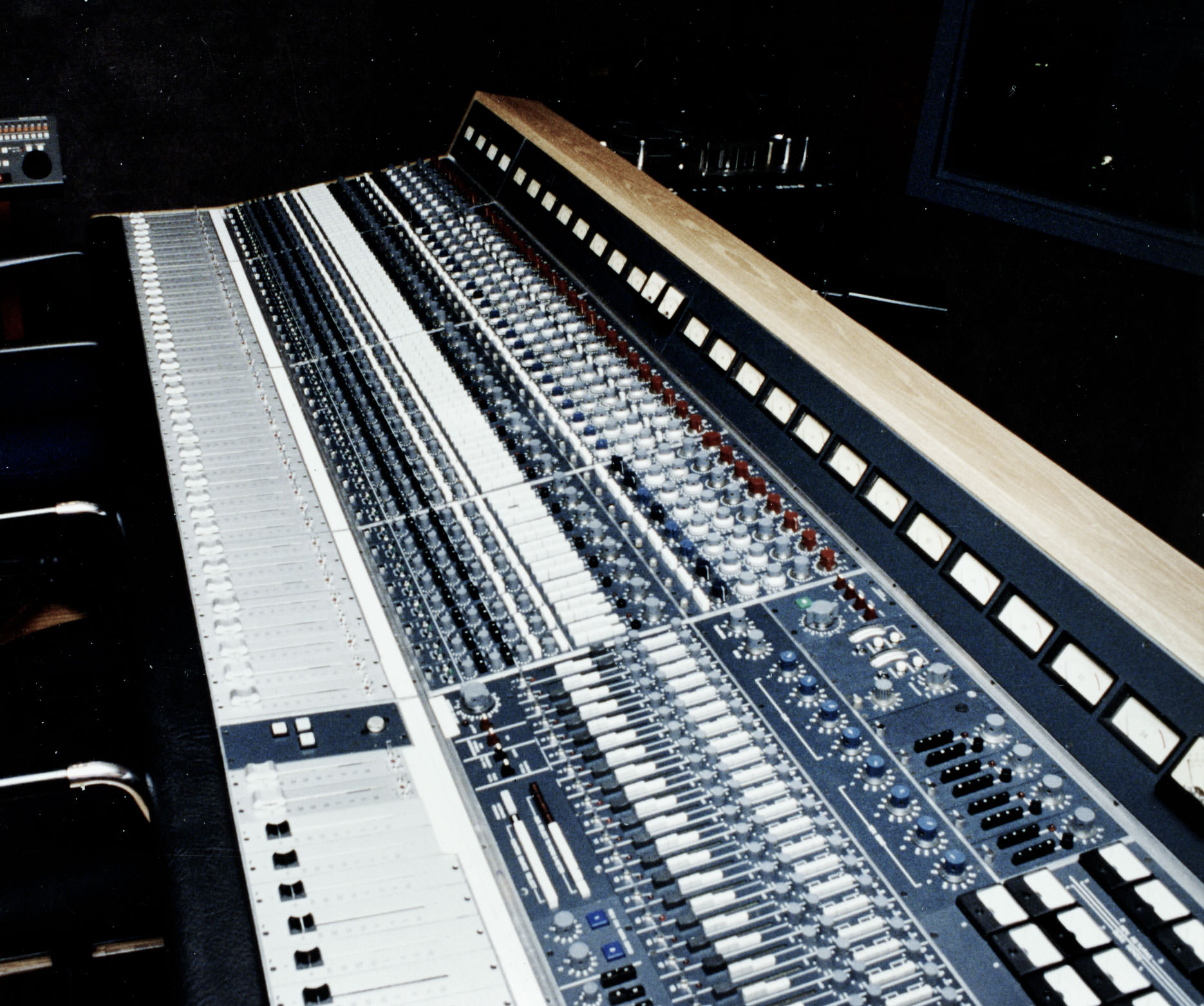 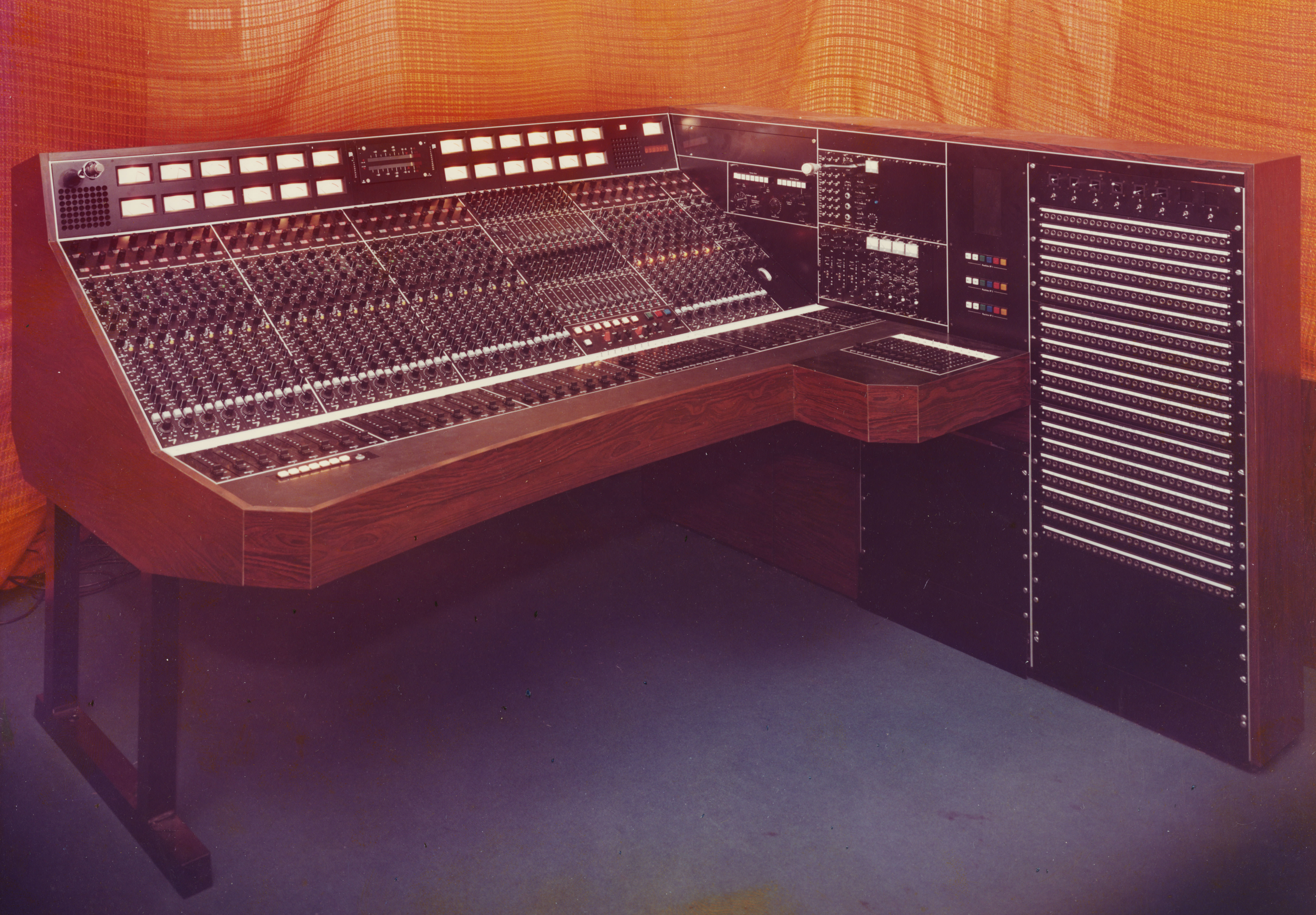 You mention in the book, “I’m not even going to try to cover tape decks…”

Yeah. It only makes sense, doesn’t it? There’s lots of gear that I don’t talk about in the book. Lots of it I don’t know very much about.

You were a musician in the end of the ‘70s putting together a place to record demos, and then went larger.

My first studio was a TEAC 3340 in a walk-in closet with an Ampex MX-10 for my console. In the first few years that I was in the business it was a 1-inch, 8-track that was made by a company called Stemco, which seems like it was an Ampex 300 transport with 440 electronics. It was quite an acceptable tape recorder; it worked well. It sounded good and sounded like any other Ampex. But, from there, it went downhill for a while. We had lots of tape recorders that I wouldn’t wish on a dog. The first good console I had was in 1985. I started in ‘77. That was a 40-input API. That was a lovely console. They did [Joe Satriani’s] Surfing with the Alien on it. After that, I had wonderful, incredible consoles but I also had some terrible ones. When I took over Coast Recorders on Mission Street, there was an MCI JH-416 in Studio A, there was a Neotek Series 1 in their little voiceover booth, and there was a Harrison 3232 that had been at The Automatt [recording studio]. All those consoles were god-awful. That said, they made 25 Grammy-nominated recordings on that MCI! 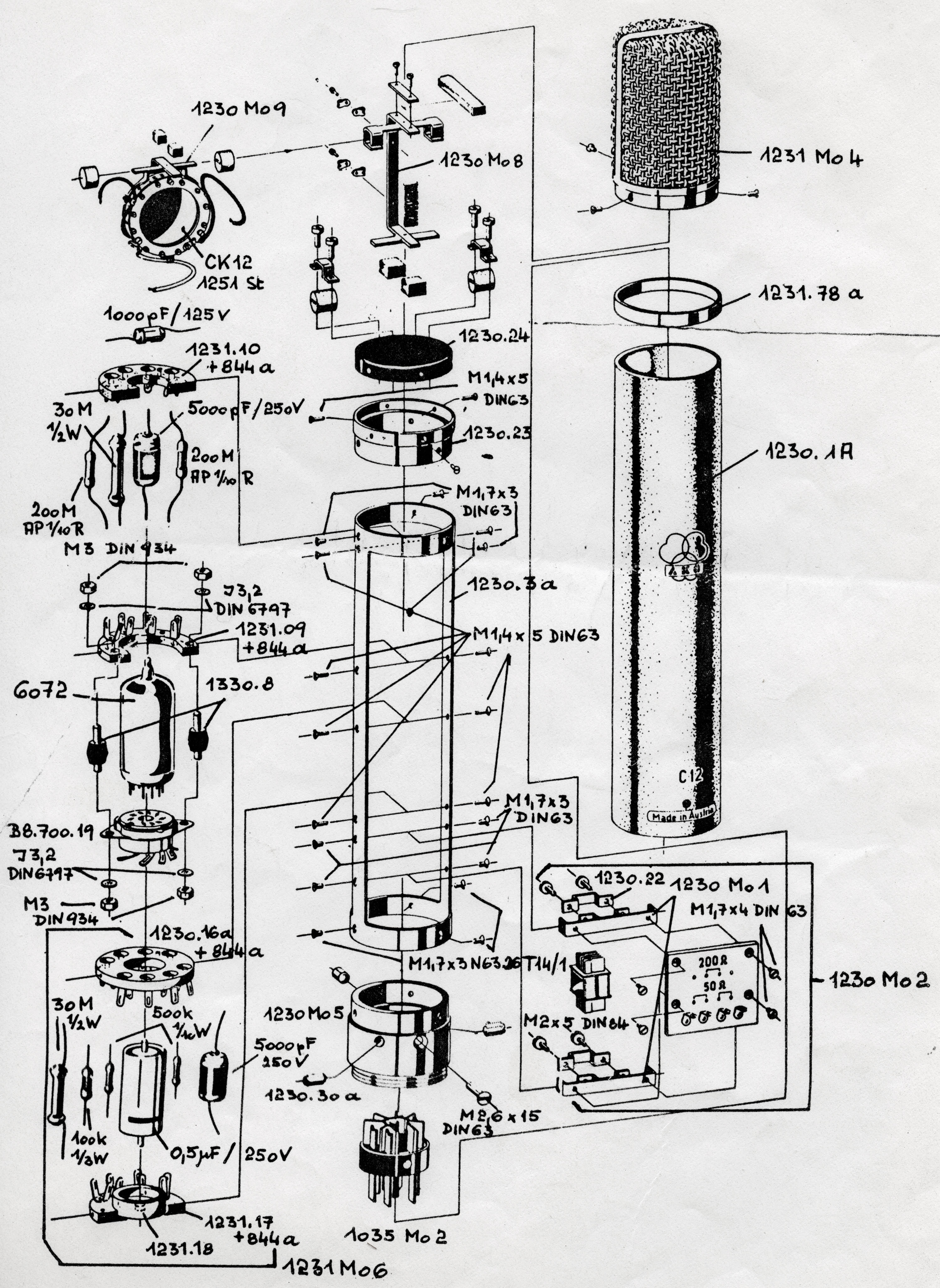 Plus, as any good engineer does, we sit down and start trying to get good sounds and make it work. Use your ears; you react and you change it.

Great engineers do good work on anything. Bad engineers can ruin the best equipment in the world and make it sound terrible. Go figure. I don’t know. I’ve never been able to put my finger on what makes one person a great engineer and one not so great. It’s something that I have been hit over the head with many, many times. It’s strange. 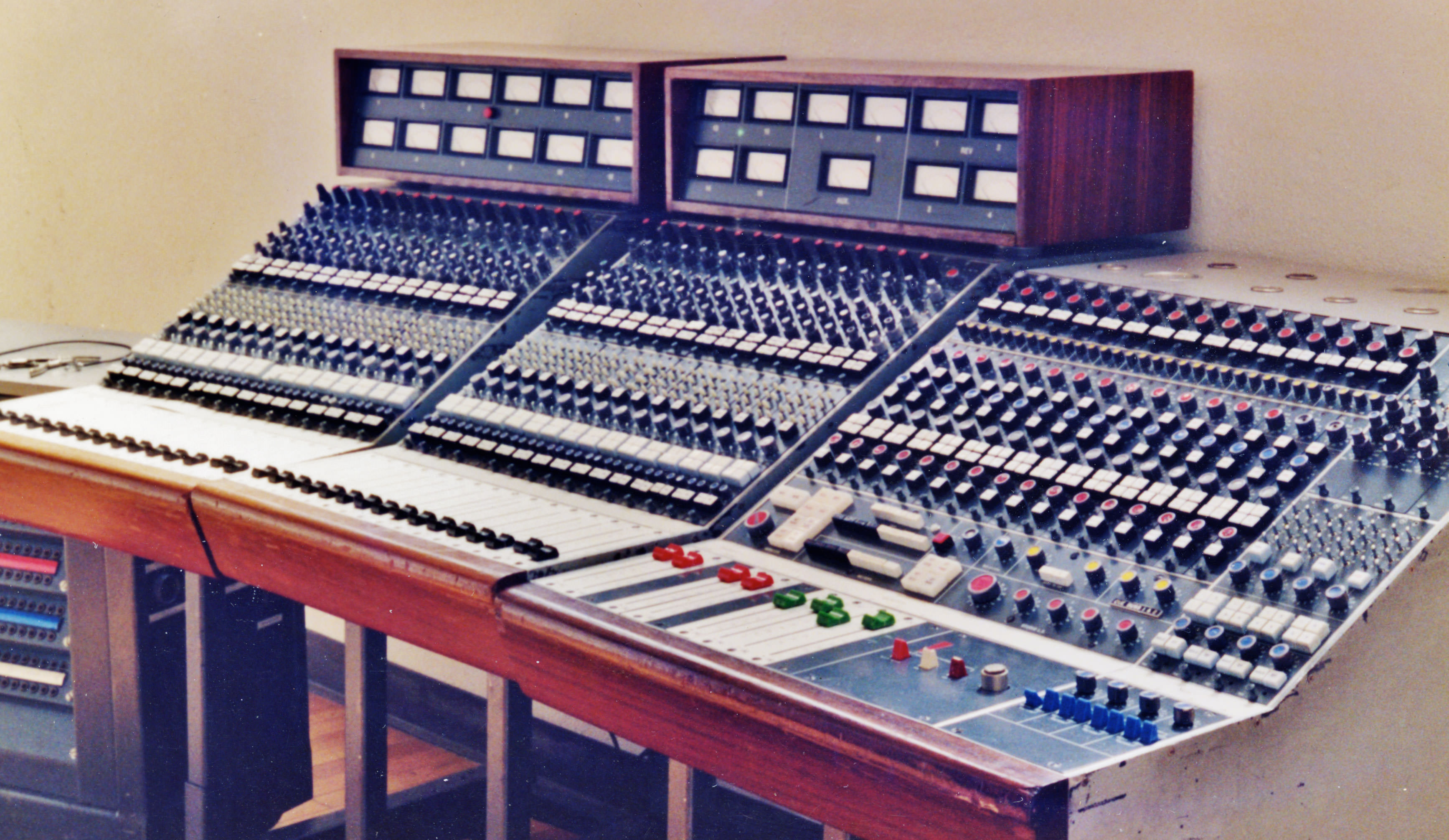 Was there a moment or gradual dawning where you were like, “Wait, this equipment I have isn’t good enough?”

That’s absolutely true. Bad old equipment was bad the day it was made. The situation today, with so much boutique custom gear, is different. Back then, that gear didn’t exist. There weren’t any outboard mic preamps. When I bought my first half a dozen Neve modules from Peter Duncan in 1979, I carried one around to studios and said, “Look, you can put this in a box, plug your microphones into it, get that Neve sound, and then you can mix on your SSL.” They said, “What would I want to do that for?” It took me five years to sell a pair of those modules to John Cuniberti [Tape Op #55]! There were no boutique microphones. None. In the early ‘80s, the only way I could sell enough microphones was to travel around the United States. I’d be in so many major cities. I’d go to the phone book and call the studios and say, “I’ve got some nice old tube microphones here. Can I bring them over? You want to listen to them?” Most often, they said yes. Not always. When I went to Greensboro, North Carolina and called the studios, not a single one wanted to listen to my microphones. I was in shock. Anyway, I did that for several years. We would set up whatever I had, and they would set up their [Neumann] U 87 and their [AKG C]414. I would not tell them what channels were what. I always said to them, “Listen to them and give them a grade,” One through 10, or whatever. There was not a single time when those people chose the U 87 or the 414. Anybody can hear this.

What you were up against was the shifting technology from tubes to transistors that had happened before.

It had happened before my time.

Yes, but then shifting to integrated circuits and op-amp ICs, where everything was getting smaller and more efficient but with less headroom and, generally, less fidelity.

Not everybody is Saul Walker [API] or Rupert Neve [Tape Op #87, #26]. When you look at a channel from a Harrison console, for example, what you see is an endless quantity of circuitry and an endless chain of IC amplifiers. When Neve replaced their discrete amplifier in the 5300 series with an IC amplifier, it was only one IC. That’s why when you listen to almost any parametric equalizer, it sounds electronic-y and almost syrupy. It takes so many amplifiers to do that. Let’s not include the ITI, Sontec, or Massenburg in that, because those sound like god. I’m not saying every parametric these days is terrible or anything, but the greatness of the early designs is that they were very minimal. When they got complicated, they didn’t get better. If you look at a Neve 8108 and compare it to what they were making ten years before, it’s not better.

Yeah. Features are all very well and good, but so is the basic sound. I’m not saying that modern gear is so horrible that I could never use it. It’s not that. It’s that sound is sound, and what’s better is better. It’s surely not only a matter of what’s on that specification sheet. 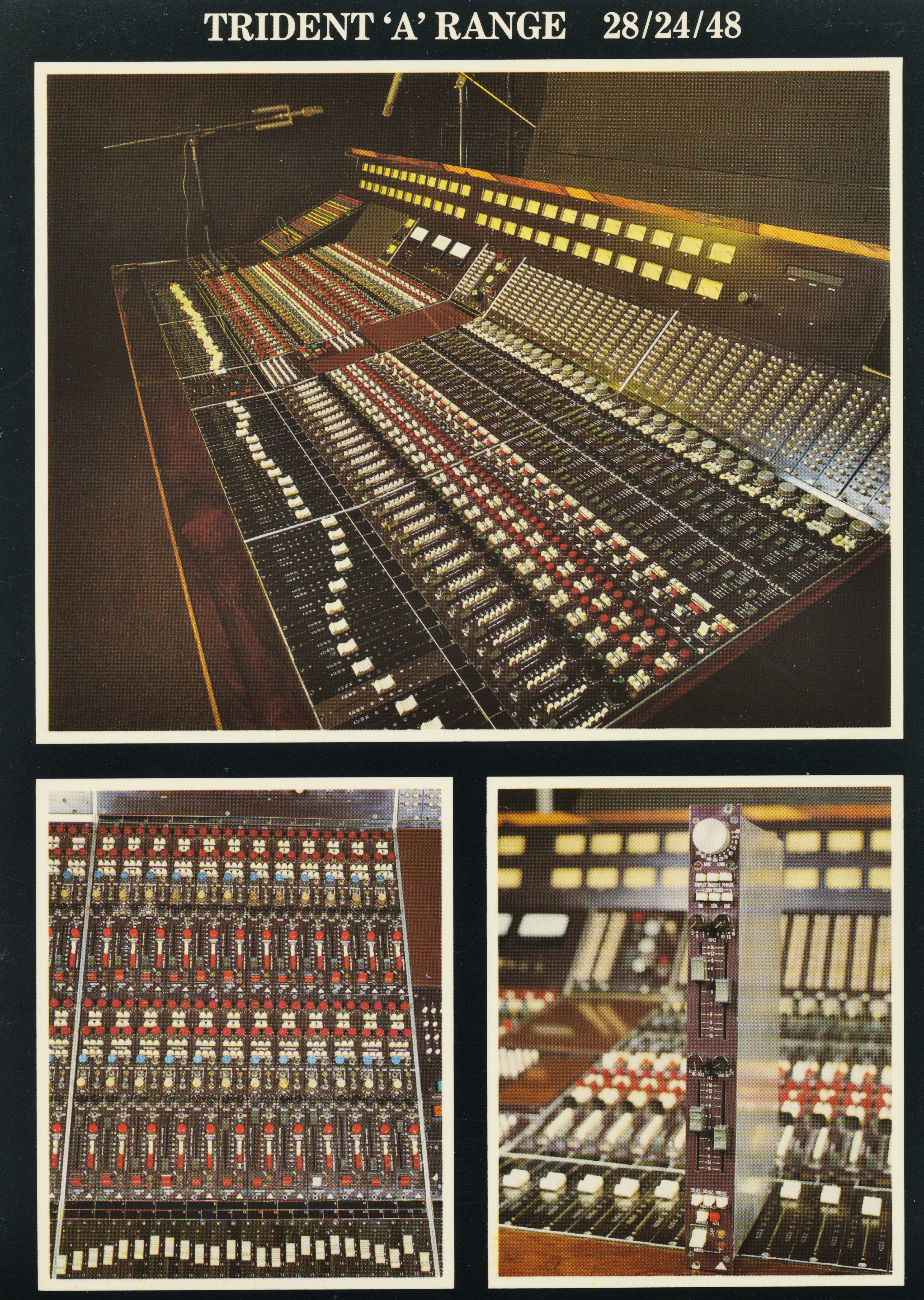 One of the few Trident A Range consoles

Did you ever foresee the market would change so much? We see the prices you paid in the book.

Yeah. I was fortunate enough to get hooked up with a guy at this European broadcast agency. For ten years, he sold me every surplus microphone that they had. That amounted to about 175 [AKG] C24s for $80 a piece. About 150 or 200 [AKG] C12As for $60. Hundreds and hundreds of [AKG] 451s. Endless amounts. That’s all gone. All those agencies have now discovered auctions.

The internet allows people to Google a price, which shifts everything.

It’s very difficult to buy anything at an advantageous price these days. Not only that, but the market is being driven by people who are not recording engineers or producers. They’re investors and collector/hoarders. When a Fairchild 670 is $65,000, not very many people can afford to buy one. On some level, it’s worrisome. 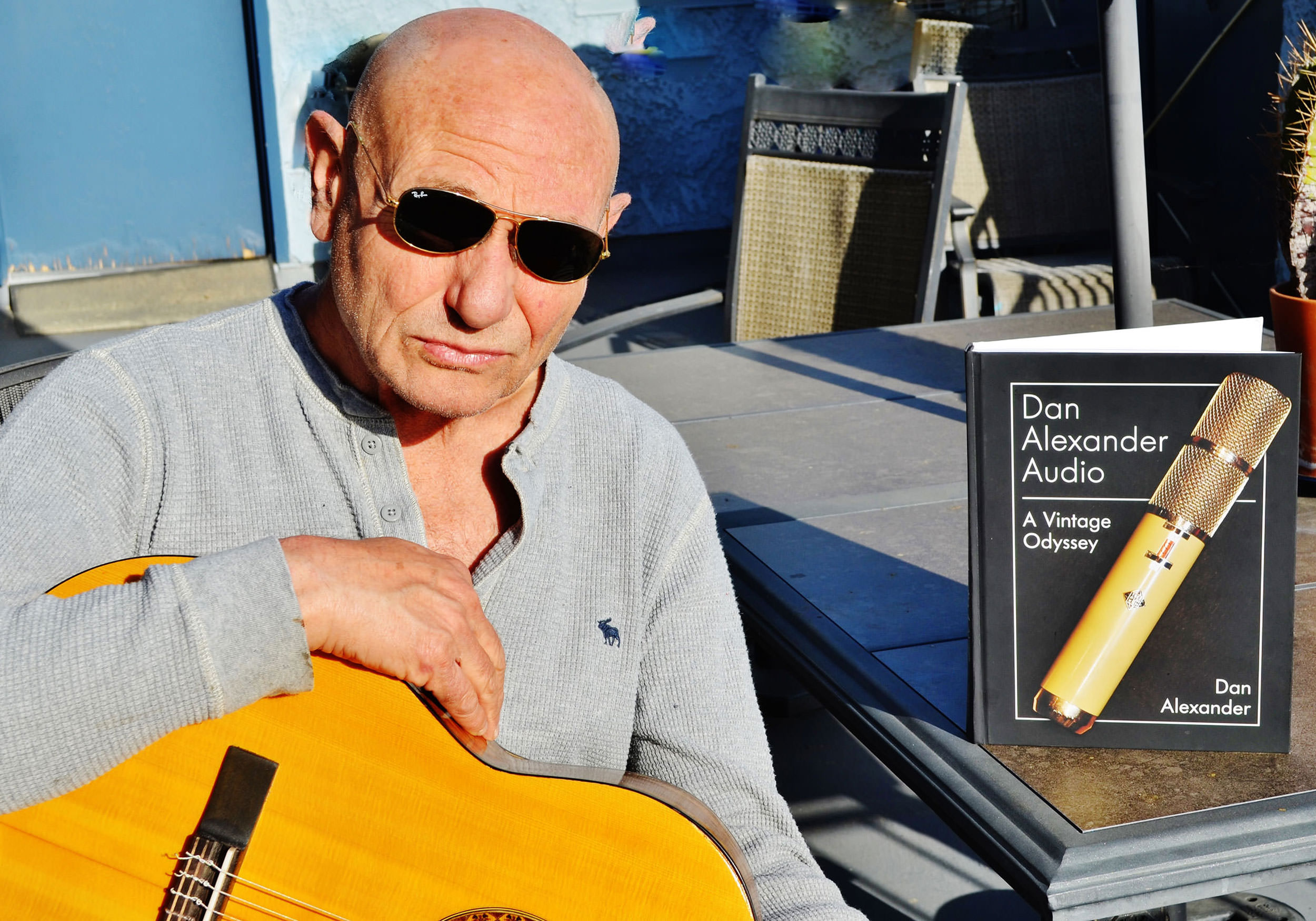