Was this record really recorded in a garage?

Yes, it was. I now dub it the Mirage Garage. It’s my back house here in Pasadena [California]; a little shack out back where I have all of my instruments and a modest recording setup.

Did you guys rehearse these songs, or was it more spontaneous?

We kicked them down pretty fast. Liam was coming by and hanging out, and I was playing bass for him. We were working on some of his new songs while he was over one day. My setup is really easy to turn on and record quickly, so I said, “Let’s walk back there and do it”. Since his vocal and guitar were on one track, I still had two tracks open, so I’d play some bass and drums. It was all pretty spontaneous. There’s a bit of bouncing going on.

What microphones did you use?

I had two mics. A [Shure] SM7 on his vocal and guitar, and a single old Marantz condenser mic on the drums. For a piano song, I’d take off the board and mic the piano down below with the Marantz.

What did you record and mix down onto?

We recorded it on an old Tascam 424 [4-track cassette recorder] and I mixed it into a really basic interface. The idea was that we weren’t making a record, and I wasn’t mixing a record. We were having fun and trying to capture what we’re doing. What was good about the mix was that Liam was actually there. It wasn’t really important how it was going down, as long as we were hearing it together. 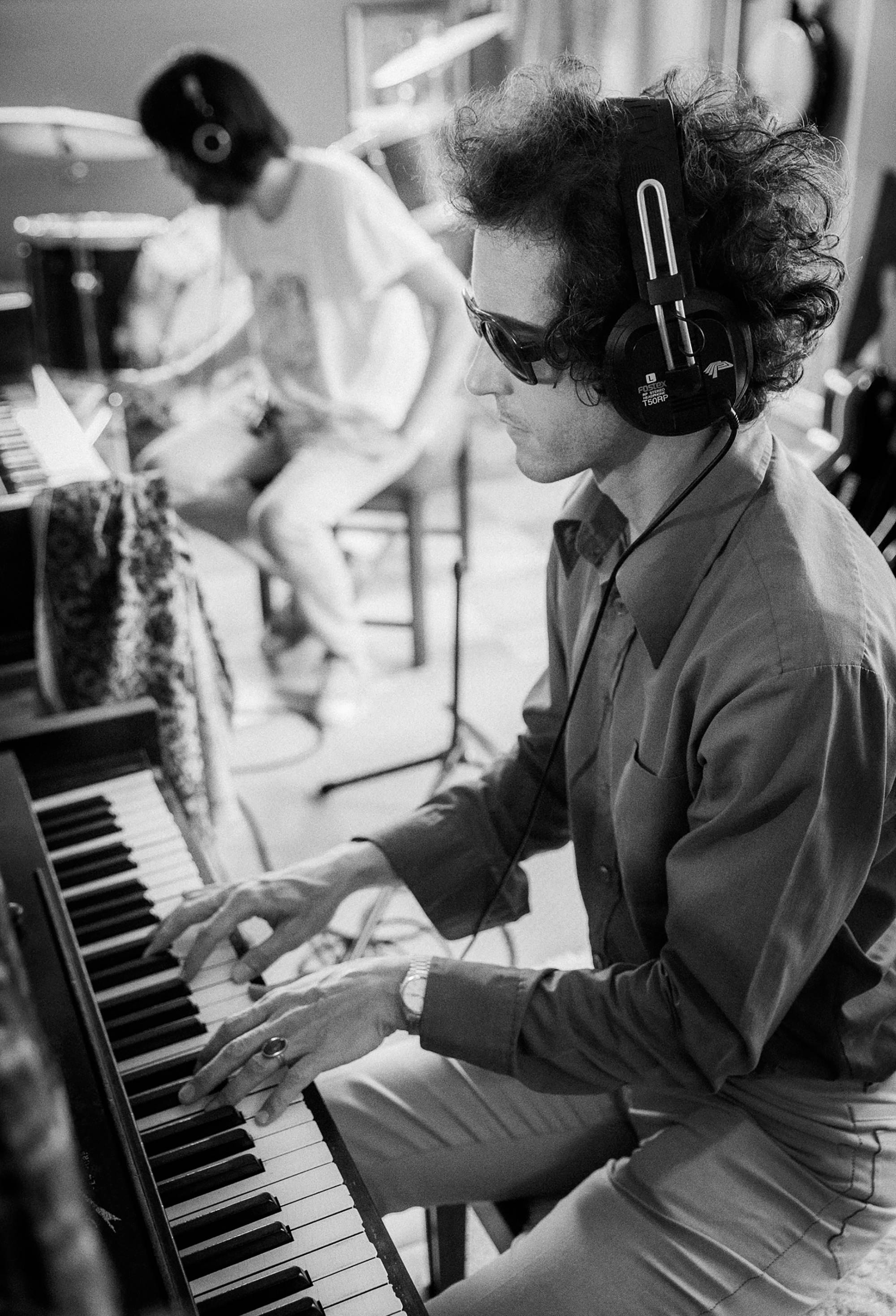 What reverbs and delays were you using on this? It’s really interesting-sounding.

There’s a little [Electro-Harmonix] Holy Grail [stompbox] pedal on it, and that’s it!

It doesn’t feel tossed off at all.

It was really casual. We only had one headache. “Ariadane” sounded weird after it was mixed down. I discovered that certain formulations of cassette tapes don’t like old heads. The old heads will scrape the tape. Then you’ll get gunk on the heads and the tracks will sound like they are disappearing. I eventually figured out that there was only one type of cassette tape that would work. So, for any folks out there that are using old 4-tracks, I would recommend Maxell XL II not XL II-S because, for whatever reason, XL II-S doesn’t agree with old 4-track heads.

We recorded Liam’s album on a $10 cassette machine. Recording this way proves that the gear and technical details don’t really matter. It’s about the music and the songs. Go out there and grab a cheap SM7, a cassette tape, and a reverb pedal, and try to make a record!

What’s next for you?

First off, I’d have to remember that! In the immediate future, I’m going to London to help out with a record release that I produced for a young lad named Ned Roberts. I’m trying to finish off a couple of my own records. Mirage Garage is out on vinyl, which is a pretty big thing for me.