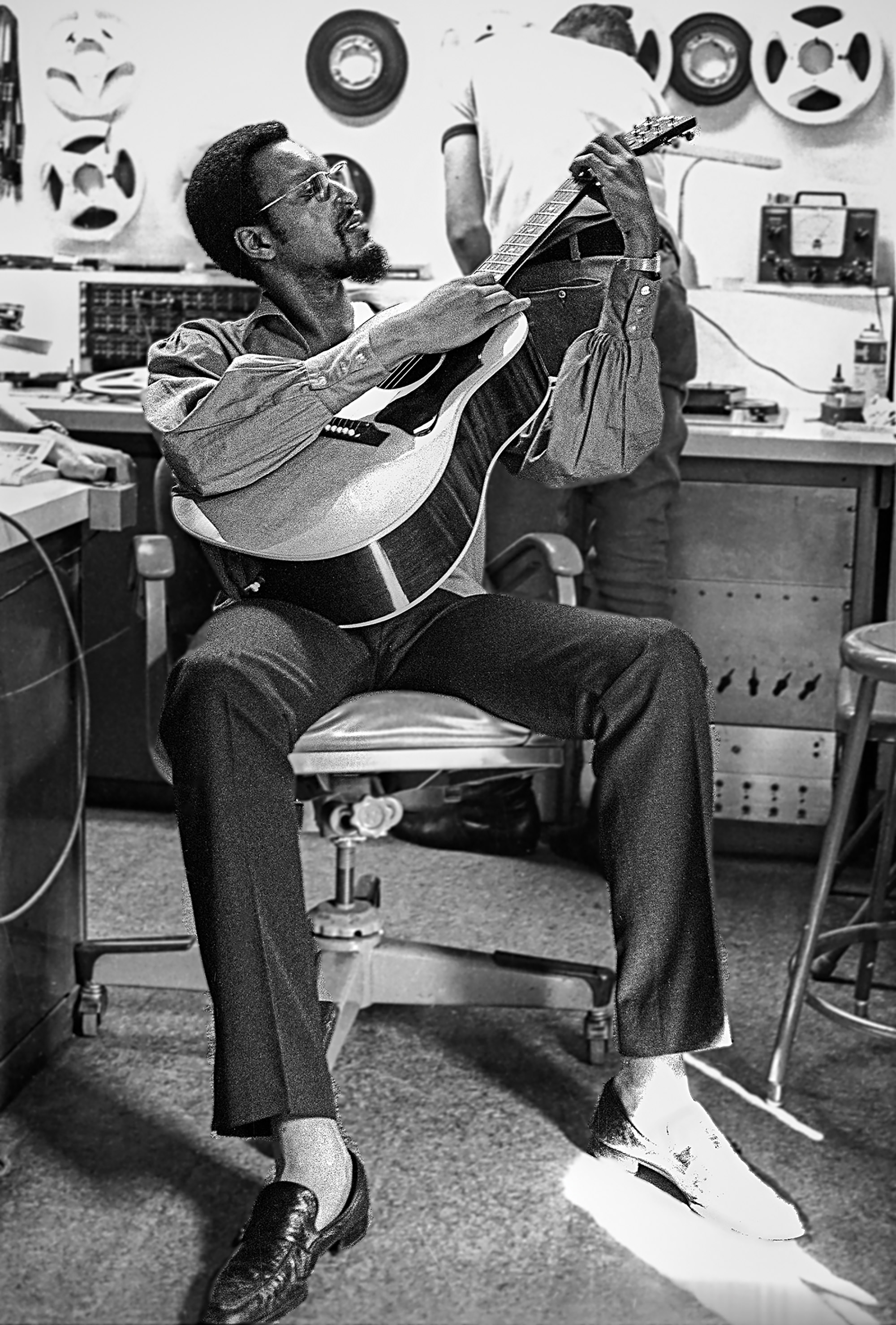 That an African American man played a massive and pivotal role in three seminal musical forms seemingly dominated by Caucasian artists – folk rock, prog rock, and proto-punk – is one of the most tragically untold stories in popular music’s history.

Despite his life being cut short by a heart attack at age 47 in Los Angeles, Mr. Wilson acted as midwife for the major musical movements above, as well as free jazz. In doing so, he was the secret force that launched two of the biggest superstars of the rock era: Bob Dylan and Paul Simon.

Following Transition, after its bankruptcy two years later, Wilson became the first Black staff producer ever at Columbia Records (now Sony Music). While at Columbia, Wilson produced Bob Dylan’s breakthrough album The Times They Are a-Changin’. Wilson went on to produce both of Dylan’s two follow-up albums: Another Side of Bob Dylan and Bringing It All Back Home. Perhaps most critically, Wilson produced the Dylan song that changed the course of rock music, “Like a Rolling Stone,” with its merger of folk and rock. As quoted in Dylan’s Biograph box set, Wilson’s take on how Dylan went electric is compelling: “I didn’t even particularly like folk music. I’d been recording Sun Ra and Coltrane, and I thought folk music was for the dumb guys. This guy, Dylan, played like the dumb guys, but then these words came out. I was flabbergasted. I said to [his manager] Albert Grossman, ‘If you put some background to this, you might have a white Ray Charles with a message.’”

During this same period at Columbia, Wilson produced Simon & Garfunkel’s debut album, Wednesday Morning, 3AM. Due to the album’s lack of success, Simon & Garfunkel unofficially broke-up following its release. But then, without the duo’s knowledge, Wilson utilized some of Dylan’s electric musicians to add rock instrumentation to the acoustic album track, “The Sounds of Silence.” The tempo was reportedly so uneven that Wilson and engineer Roy Halee had to add large amounts of reverb in the mix to mask the overdub’s timing not matching well. That sound ended up becoming a signature for the group, as well as for the nascent folk rock genre.

“The Sounds of Silence” eventually became a worldwide hit, leading Simon & Garfunkel to reunite. They remain one of the biggest-selling duos in history. BMI ranks “The Sounds of Silence” as the 18th most performed song of the 20th century. (Infamously, Paul Simon only learned of the remix and that the record had gone to number one when he read it in a magazine while traveling Europe.)

Next, Wilson discovered, signed, and produced Frank Zappa’s Mothers of Invention’s debut album, Freak Out!. Zappa went on to release 116 albums, and become one of the most famous last names in rock history. Wilson also co-produced the self-titled debut of the UK’s Soft Machine, peers of early Pink Floyd at London’s storied UFO Club. Zappa and Soft Machine were early among the architects of the progressive rock genre that followed. 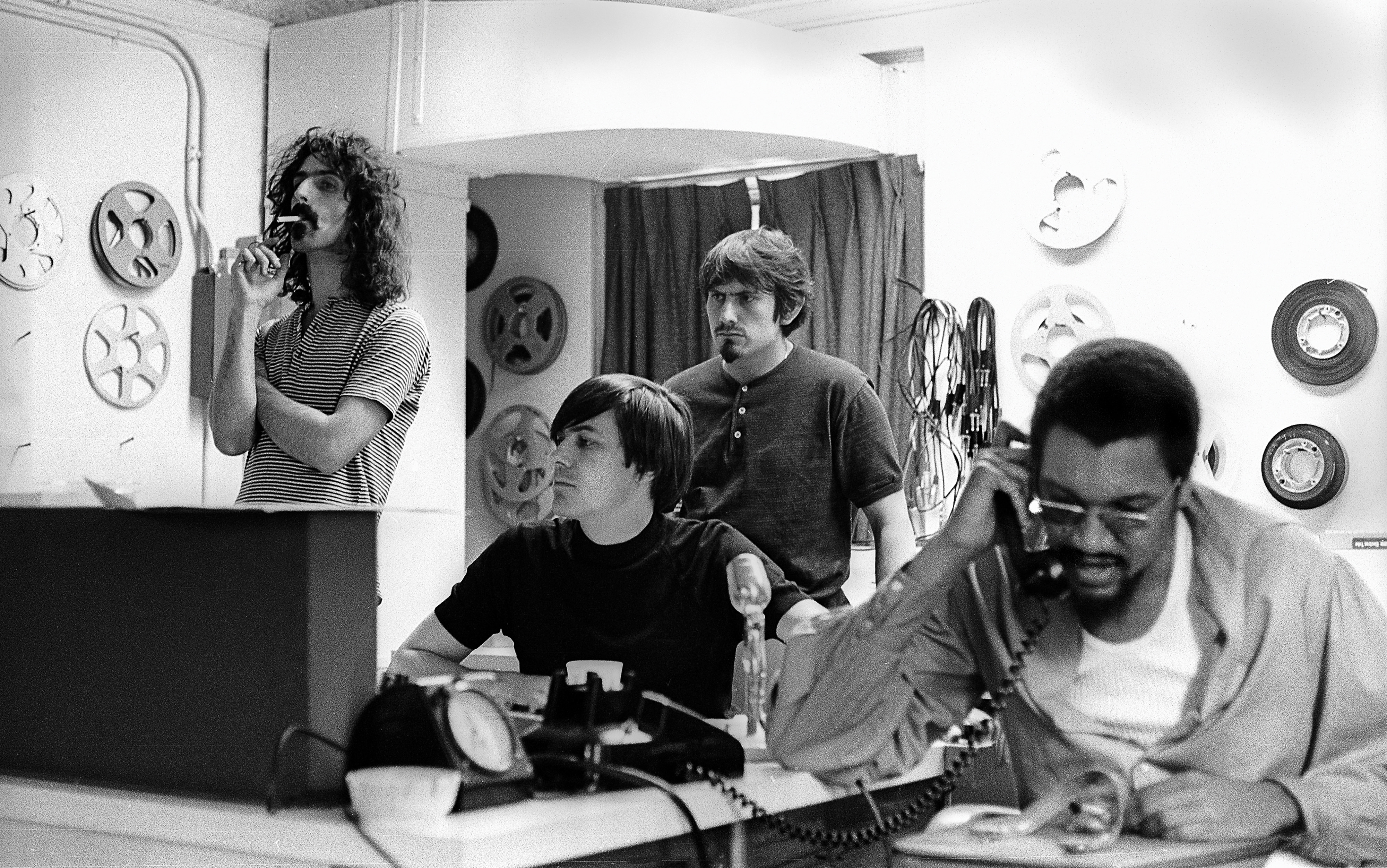 As if his reach was not already staggering, Wilson also produced The Velvet Underground’s debut album, The Velvet Underground & Nico. Brian Eno [Tape Op #85] stated to the Los Angeles Times that while the album only sold approximately 30,000 copies in its first five years, “everyone who bought one of those 30,000 copies started a band!” The punk explosion that followed on both sides of the Atlantic in 1976 and 1977 is unimaginable without this album’s release. The Velvets’ Lou Reed stated that Wilson was the album’s “real producer,” and member John Cale recalled to Victor Bockris [in Up-tight: The Velvet Underground Story], “Warhol didn’t do anything. Tom Wilson produced nearly all of the tracks.” But, despite overseeing all of the editing and remixing, Wilson’s formal production credit was denied and given solely to Andy Warhol. Most notably on the album, Wilson’s jazz and arranging experience were brought to the fore in helping create the lush orchestration for the timeless song “Sunday Morning.”

He produced the Velvet Underground’s follow-up – the aggro White Light/White Heat – in just two days. The album closed with the 17:28 noise template “Sister Ray,” that harkened back to Wilson’s free jazz roots. Cale later added, “‘The band never again had as good a producer as Tom Wilson.’”

But Wilson’s breadth does not stop there. Amongst others, he produced albums as diverse as folk legend Pete Seeger, The Animals, New Orleans’ Professor Longhair, Odetta, Dion, Connie Francis, Van Dyke Parks, rap-predecessor Gil Scott-Heron, and South Africa’s Hugh Masekela. He even worked with Motown for a period in the 1970s and stated that he learned “that singles magic” firsthand from Berry Gordy. Additionally, Wilson earned a gold record for Fraternity of Man’s pro marijuana, psychedelic-country tune “Don’t Bogart Me,” featured in the landmark film, Easy Rider.

Prior to his death, Wilson was working on a “soul opera” incorporating reggae and set to star Johnny Nash, Gladys Knight, Minnie Riperton, Patti LaBelle, The Righteous Brothers, and Gil Scott-Heron. The opus’ working title was Mind Flyers Of Gondwana, and the storyline wove together the legend of Atlantis with the story of African slaves’ journey to America. He is even credited with producing the first R&B record using “new” Jamaican rhythms – Albino Gorilla’s 1970 album, Detroit 1984.

Tom Wilson’s achievements should be spoken of in the same breath as legendary figures of this era, such as John Hammond, Jerry Wexler, Phil Spector, and Tom Dowd. But sadly, Wilson remains one of the most underrated music producers of all time. It’s hard not to wonder why. Tom Wilson should be a household name with his unique legacy. It too often takes an invisible genius to make others look like one.

Ian Brennan is a Grammy-winning music producer and author. In the past decade, Brennan has produced 30 records by international artists from three continents (Africa, Europe, Asia) His fifth book, Silenced by Sound: The Music Meritocracy Myth was published in September 2019 by PM Press.