Ah, High School! Time to break out, get broken, and start a few bad habits. I was just beginning to realize that interesting music lay beyond my Disney collection. (remember, I was isolated in southern Indiana, aka Top 40 hell).

My introduction to punk came during my sophomore year via the next door neighbor of the guitarist for the rock band I was in. Said guitarist's neighbor was an exhalted and worldly "college man" (ooh ah!) who brought a stack of records home with him every other weekend, and we were honored to be able to tape and enjoy these fascinating discs of manic artistry. We fed our hunger for this new music through him and him only — we couldn't otherwise have laid our hands on such music in our town. When I taped The Residents album that he brought home one weekend (along with The Jam and 999), I listened to it once and promptly filed it away under "strange", right beside that Ken Nordine soundsheet my dad had. This was 1981, and I had no idea how much time and money I would spend on this group in the future.

Years went by, and I, myself, became an exhalted and worldly "college man", and was seriously involved in the punk rock scene by then. Oddly, it was green tea that prompted me to pull that tape out again — the caffeine had brought on a strange mood in me, and I wanted music to match the strangeness. For the first time, I really listened to The Residents, and discovered in them a sound unlike anything I'd heard before. It was dark and muddy, scary yet soothing, aurally encompassing, and demanded my undivided attention. Forty-five minutes later I knew what I had to do...

The next day I went to the best record store in Bloomington, Indiana and bought out the entire Residents bin, which consisted of eleven albums, Mark of the Mole among them.

Mark of the Mole is a conceptual album that tells the story of the Mohelmot people who live and work underground. A flood into their underground world results in immediate evacuation and subsequent exodus across a desert to the sea, which is inhabited by the Chubs. The Chubs see the Moles as a dedicated, hard working race they can exploit with little pay. Everything is cool for awhile, but soon the Moles realize their exploitation and war ensues. The war is short, solves nothing, and the

tension remains at the close of the album.
The Residents depict this story with synthesizer, drum machine, bass, guitar, and heavily processed vocals. This album sounds as if it were literally recorded under the ground, with layers of low tone synth sounds and dark vocals creating the underground world of the Moles. The record opens with a low synth blast and a bass guitar melody over a steady drum machine high hat sample. Then a female chorus chimes in:

"People should be left alone
Unless they have a happy home"

This is followed by a news report (the voice of Penn Jillette) warning of the storm that will inevitably floods the Mole's holes, setting the stage for disasters to come.

From an audio standpoint, the attention to balance in frequency and the stereo image on this album are quite interesting. Most of the bass sounds are panned left and right to allow sonic space for main vocals and high frequency synth effects, and the tonal balance between low and high frequencies is uncanny. The arrangement of these odd sounds is crucial, as this is the soundtrack to a play without visual aid. The auditory experience conjures amazing images in the listener's mind — the album graphics may help to define these images, but it is the music and lyrics that coax the mind's eye to truly "see" this play.

Recorded on a 16-track 1" machine, I believe the arrangements were recorded in sequence given the flawless transitions from song to song (or act to act). Listen, for example, to the transition between "It Never Stops" and "March to the Sea" — the fade out of "It Never Stops" continues to silence until, after a short pause, "March to the Sea" begins, fading in at the exact location that "It Never Stops" faded out. This indicates to me that this record was pre-planned to follow the story in sequence. The mix must have been a nightmare since there are so many smooth transition and crossfades (mind you, this was recorded before automation or computer editing).

One shining example of brilliant sound arrangement to accent the story is evident in "The Observer". The character in this act is making observations during the Moles' travel to the new land:

"I have been deceived, I have murdered and
I have seen the soul of an unborn lamb;
It can burn a hole in a guilty man,
But it cannot stand in a distant land"

Backed up musically by the ping-ping of an electronic drum machine and tiny guitar that follows the melody of the observer's story. Accents are provided by low synth blasts and timpani-like sounds. In combination, these sounds and the lyrics give the impression of movement in a slow, swaying motion, much like a beaten down laborer or down-and-out family during the depression era, walking (nay, crawling) through the Dust Bowl. Powerful images!

Shortly after the Moles arrive in Chubland, another character decides that if he could build a machine, he could free the Moles from Chub slavery. The sound of said machine is analog synthesis at its best! You hear the machine start up and build momentum with each successive modulator added into the pounding rhythm. Then, as quick as it builds... it dies, signaling failure for the inventor.

The Residents' signature vocal effect occurs throughout the album, but it is most pronounced with the meaningful lyrics that express raw, scathing hatred in "Don't Tread on Me". Occurring right before the war starts between the Chubs and Moles, this piece

carries an embodiment of hate lyrics, hate sounds and hate vocal effects which come through in spine tingling way. I believe the vocal effects were created via a Leslie or ring modulator, its warbling lending that much more darkness to the album. Add to that the frightening recitation of these lyrics.

Mark of the Mole closes with a light (as opposed to dense) arrangement with dissonant violin, soft drum machine, and a harpsichord-like synth sound, leaving the listener with the feeling that all is still not well. The battle may have been won, but the war is far from over.

This is a masterful piece of audio excellence! It begins with a clear vision of what the final album is to be and brings it to fruition, and I strongly believe that a "good" recording is one that achieves the artistic vision of the creator. A pop song is hard enough to write, but try writing a six-act play that will be performed only in sound. The Residents achieve this on Mark of the Mole with a consistency in mood that brings the Mole world to life in your living room. Every melody, every little flourish, every liquid-smooth transition is crafted to mix fluidly from start to finish, resulting in a well-balanced, well-recorded and true-to-life picture of the concept that was the goal of this project. This record has changed my life in such a way that I make it a ritual to listen to this record every Halloween. Listen for your self and tell me if this is music or high art.

Everything you might want to know about The Residents is available at www.residents.com 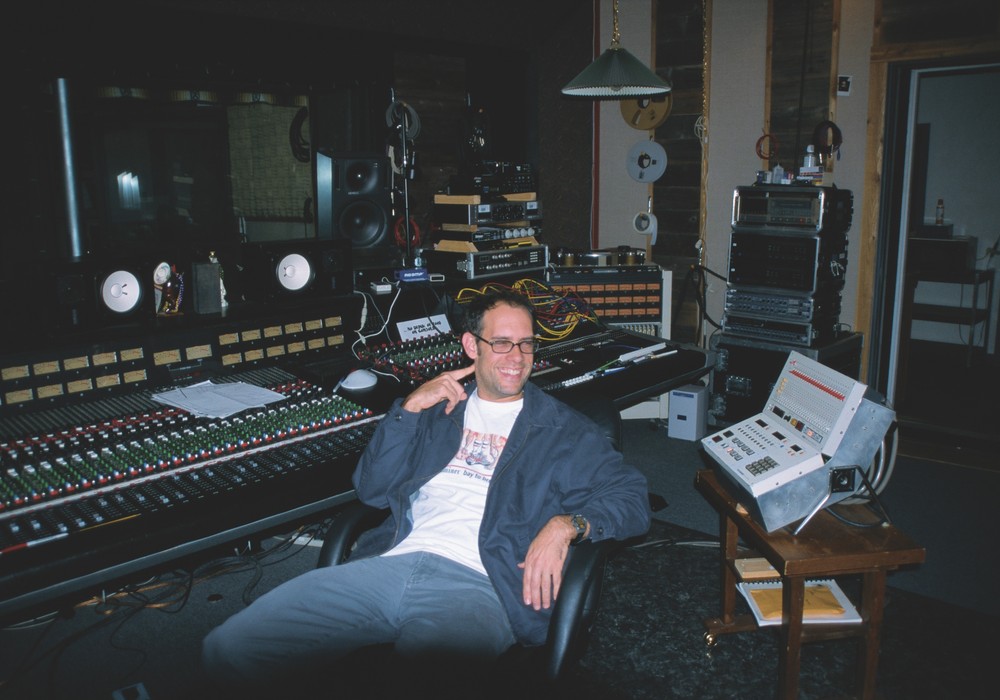 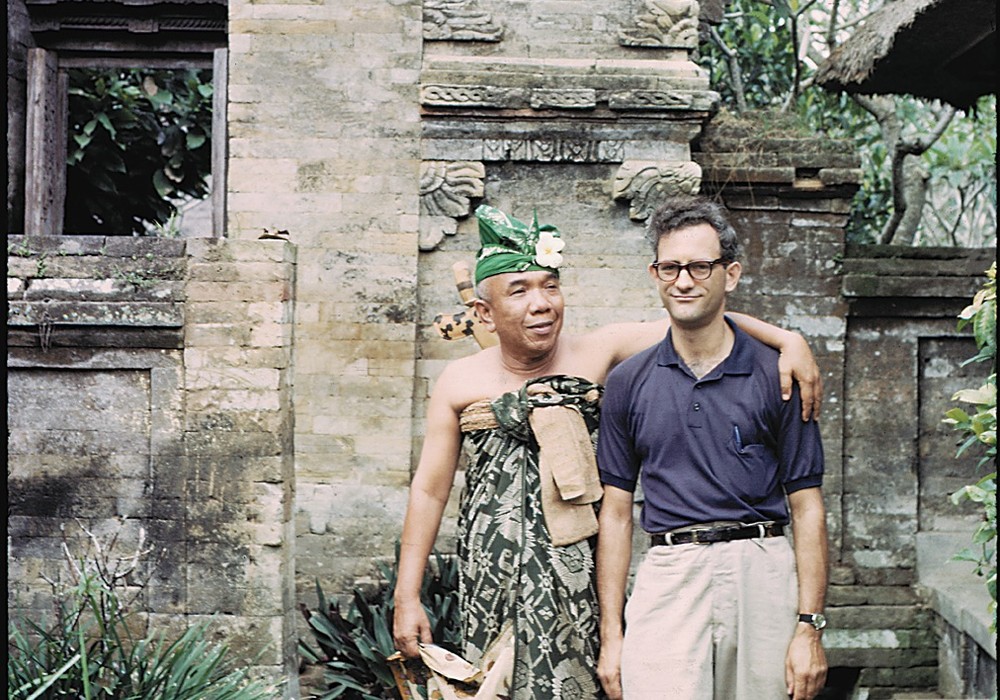