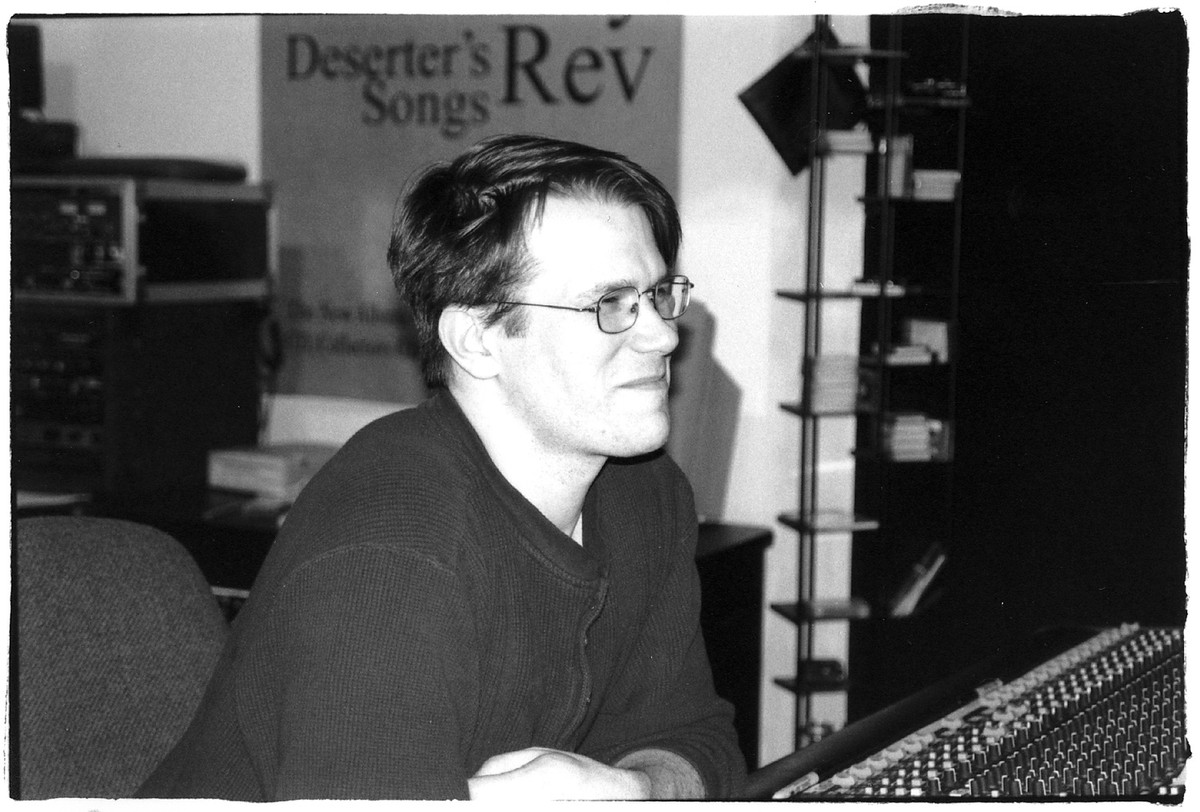 Quaintly nestled in the western region of upstate New York, USA, between Buffalo and Erie, Pennsylvania, lies a small blink-and-you'll-miss-it town named Cassadaga; a place where maybe the most exciting thing going on might be someone filling up their vehicle with gasoline. While existence in any small community may lend itself to being very quiet and seemingly uneventful, Cassadaga in particular, just so happens to be summoning some of the world's most acclaimed musical recording artists. The source responsible for the phenomenon points towards nearby Fredonia resident Dave Fridmann: producer, recording engineer, musician and an overall friendly collaborator. His perogative is different and simple — to fill up tracks.

Young Dave first hits 'Play' — the button with the arrow that points to the right.

The genesis for Fridmann's involvement in the recording arts originated from his days as a high school student in his native Buffalo, New York, suburb of Williamsville. And like many suburbanites beaming with a jaded-less sense of unlimited hope for a stable and fulfilling future, he made up his mind on what he was going to do. "Like most recording engineers, I wanted to be a rock star," he muses. "I became aware of engineering during my junior high school year through my music teacher who was an alumnus of SUNY at Fredonia. He had heard that they started up a new sound recording program and thought that I might be interested in it." Upon graduating from the binds of high school, Fridmann enrolled in the program to continue his pursuit for rock star luminance. "It seemed to me, in a very viable and obvious way, that if I wanted to be a rock star, the best way to do that would be to meet other rock stars, and the easiest way would be to become a studio engineer because that is where rock stars were. That's one way to get in."

Fate or coincidence. Depending on whichever belief system the reader leans toward, it was certain that Fridmann would find himself in a situation that would surely propel his desires into reality — in the role as bass player for a band. "In a lot of ways very much exactly what I hoped would happen did happen," he states matter-of-factly. With access to the college recording facility's Amek Angela console, Otari MTR-90 Mk II 24-track machine and a band called Mercury Rev [interview], he would get a chance to exercise both his ears and his bass playing. "When early incarnations of Mercury Rev came into the studio to record they didn't have a bass player," he recalls. "I would record their songs and then we'd get to the point when we'd notice, hmm... gee... we really should put some bass in there, which would be left to last and then I'd say, well, 'I could play it 'and they'd say, 'Okay, go ahead!' I ended up joining the band which worked out exactly as I'd hoped, which wasn't as it exactly turned out to be what I wanted, but that's what I thought I wanted at the time so it worked out great." The resultant product of their first collaboration was 1991's Yerself Is Steam, featuring the stratospheric "Frittering", which was primarily recorded at the college and mixed in Argyle, New York, at Sweetfish studio.

Wayne Coyne of the Flaming Lips

How did you first hook up with Dave?

I think it was through Jonathan Donahue. He was going to Buffalo University with some of the members of Mercury Rev. They were all recording themselves with 4-tracks and they all had brief stints of recording in studios. I think they knew Dave Fridmann just as a friend and he was part of the recording program at Fredonia University. I think, somewhere along the way, those two connected and Dave started recording them. Jonathan, originally was sort of part of our entourage — he would go on tour with us and act like our soundman. Little by little, we progressed onward and Jonathan started playing guitar with us and at the same time it left the soundman position open. Jonathan had said that he knew a guy who was a great soundman. Dave Fridmann came out and he was our live soundman for the summer or so. As we got done with the tour, we went immediately into recording up at his studio where he was working and still doing his graduate degree or something.

What was the first recording you did with him?

It was the In A Priest Driven Ambulance record. The very first thing we recorded with him was song called "Unconsciously Screaming" that took us about three weeks. We recorded and did all these things to it and I think we ended up mixing it over 200 different times. After that we realized that, "This is our...