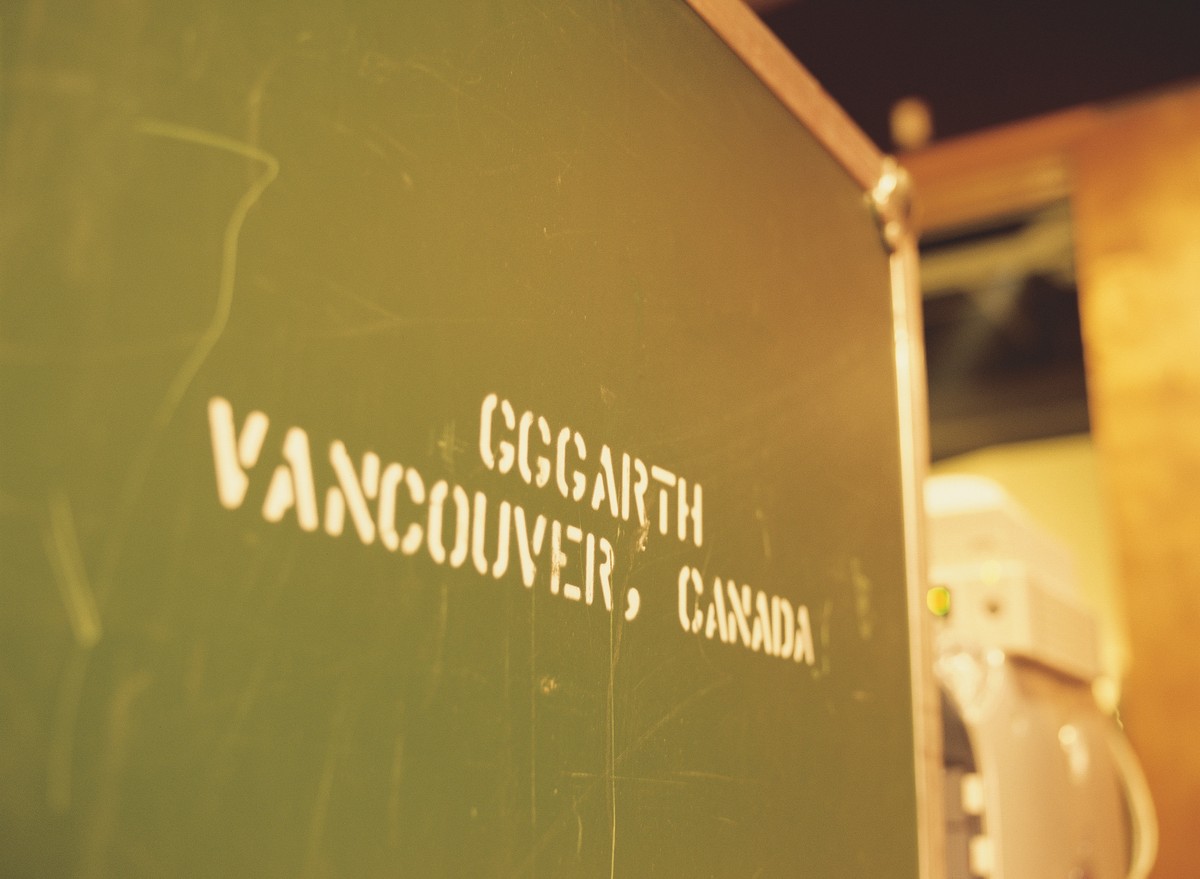 "Holy shit! This stuff is going to kill me!" states the mighty mortal Garth Richardson, (aka GGGarth), as an assistant brings him a late-night McDonald's snack during the last day of mixing for a project in Toronto, Canada. Up to that point, Garth was a complete enigma to me — all I knew was that he had produced perhaps modern rock's finest moment of all time, the 1992 debut from Rage Against The Machine, and that his father is the legendary Jack Richardson, the uber- venerable producer of The Guess Who, Bob Seger, Alice Cooper and Dickey Betts of the Allman Brothers Band.

GGGarth is the ultimate engineer and producer. He can handle a multitude of tasks at once with ease. Surrounded by technology, Garth's brain is ambidextrous. He can mix a loud powerful track at a very low volume, operate numerous tape machines, consoles and Pro Tools rigs, smoke a cigar, discuss matters with a handful of human beings and pay attention to a broadcast of the final game of the 2001 NHL Stanley Cup series while a raging party exists just outside the control room door in the studio lobby — all at once. Richardson is a technological and artistic madman genius at music production and is perhaps the nicest chap in the business, and the trademark bottle of Crown Royal whiskey is always perched nearby when a victory is reached. Nothing can stop GGGarth, not even bad food. He keeps the spirit of rock and pop thriving. He has put the successful growl into Kittie, the sweaty bounce into the Red Hot Chili Peppers and the thick sludge into the Melvins. And one might ask why is he called "GGGarth"? Well, he might have a bit of a stuttering situation going on, but I consider him the consummate producer/engineer — not only does he get bands to provide a handful of amazing multiple takes, he does as well. Garth, like his father, is a true living legend.

You got to where you are now not necessarily by nepotism, but by the traditional going up the ladder with hard work, except that you saw and heard some amazing things.

Yes. I used to clean my dad's studio [Nimbus Nine Sound Stage Studios] in downtown Toronto, and I used to go to school during the daytime and then I'd go down and clean and watch people make really wonderful records. The first Peter Gabriel solo record, Mark Farner, John Denver. I guess I kinda was the actual janitor and that's kind of how I got my start. And then when I was sixteen, the first session that I actually ever seconded on was Bob Seger's Night Moves. That was way back when.

And Bob Ezrin was around in those days.

Yeah. You see, my father used to play stand up bass. And Bob's father used to play stand up bass. And Bob's father left this one band and my dad took over his place. And when Bob was about seventeen or eighteen, he came knocking on my dad's door because he wanted to get into the rock and roll business. And Bob was actually hired to write charts. But what happened too was that Shep Gordon, who managed Alice Cooper, wanted my dad to record him. And my dad was like, "Some girl that's actually a guy? No way!", so they flew Bob down to New York and after he saw what it was about he told them, "We'll do it!" and my dad got pissed off and said, "Okay. If you think you are so shit-hot, we're gonna do this at the same time." And that is how Bob got his first break too. My dad and him did Love It To Death.

So you went up the ladder the traditional way — ending up as an assistant. I noticed you worked on tons of those 1980s metal and rock records.

Oh yeah... [laughs] Thanks a lot! Basically, I got a job at Phase One studios in Scarborough, which is part of Toronto, because my dad was working with some band and they were looking for someone to drive people around and I said I'd do it. And the two bosses there, Doug Hill and Paul Gross, asked me if I wanted to come and work there. And I had been there for two years and a German guy named Michael Wagener came in to do a band called Bright Rock and I was his second engineer. It was the first time Michael had ever been to Canada and he actually comes in the studio and he looked at me as some guy who couldn't talk properly, because you know, I actually do stutter, and he was so pissed off and thought, "What the hell am I doing here?" and in his German voice said, "Maybe I should just go home and get the hell out of here!" But then Michael and I became best buds. And after we had finished the record he left and he said, "Garth, I am going to bring you down to Los Angeles," and I said, "Sure, sure, sure Michael, great," and about six months later the phone rang and he said, "Listen Garth, can you hop on a plane?" So I went down and I helped him mix an Alice Cooper record. So my dad got to work with Cooper, and I actually got to work with Cooper. I think Constrictor was the actual record.

And you just stayed down there?

Yep. I went down there for six weeks and that turned into thirteen years. I never left and I basically used to keep my money in the freezer because I couldn't open up a bank account, and I had thousands of dollars hiding under my ice cube trays. It took me about three years to actually get a work visa. I became Michael Wagener's engineer and I worked on records like White Lion, Bonfire, and I even helped get the BulletBoys their start. My first big break was...