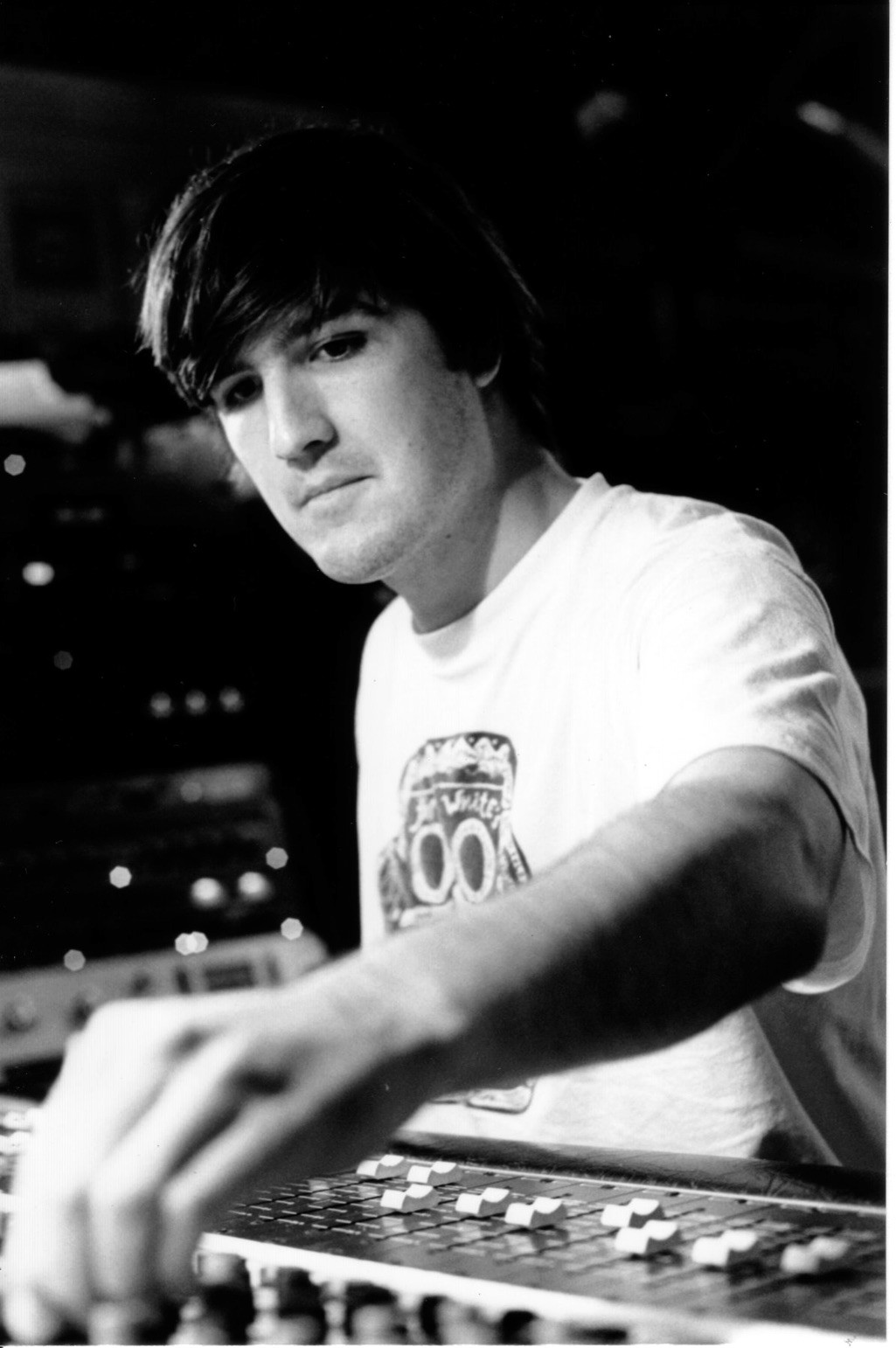 In his solo projects and work with his group Mount Analog, Tucker Martine uses collages of tunes from several genres, as well as electronic soundwashes, field recordings, and fragments from diverse musical domains. He mixes pre-recorded kids clamoring, engine squeals, truckstop jukebox with improvised passages as well as material recorded on stage on the fly, then digitally reconstituted and fed back into the live mix. In this way, he plays his samplers and processors, converting the recording studio into an expansive musical instrument. The result is a shifting, woven, wafting aural cinema of acoustic and electronic sound. In addition, he has become one of the most in-demand producers and engineers among Seattle's more idiosyncratic soundsters, from jazz pioneers to songwriters. He has worked at his Flora Street Studio on projects by Bill Frisell, Land of the Loops, Sanford Arms, Farmer Not So John, Chris Eckman, Danny Barnes, Robin Holcomb and many others. He has also performed and recorded with Sam Rivers, Julian Priester, Wayne Horvitz, Lori Carson and others. The son of a Nashville songwriter who has written for folks like Elvis, Jerry Lee Lewis and Reba McEntire, the soft spoken Martine has a clear grasp on what it means to make interesting records in our contemporary times.

Do you remember what it was that made you want to make records?

It was a funny transition when I started doing it for a living because I was really just accumulating some equipment so that I could mess around and make stuff for myself. I was just fascinated with all the possibilities. Then over time, while figuring out recording by myself and at the same time trying to decide what I wanted to do for a living, it just started overlapping. People I knew were saying, "Well you should record us." So you do it and ask for a little bit of money just to cover your costs, then as time goes on you ask for a bit more until one day, you're doing it. Any money I made went right back into the studio, then after a year or so, you see how it's grown and you have a little legit facility.

Did you go to school for it at all?

I took some courses at this place in Boulder, CO called the Naropa Institute, which is like a Buddhist college. Allen Ginsberg and Harry Smith and William Burroughs, and guys like this were teaching there.

Wild! Were they any of your teachers?

No. But I did spend some time with Harry Smith. He always intrigued me but I didn't know much about him at the time. Since then, I've found out and now I have more to say to him but he's gone. I did take a recording class there. It was a small 8-track studio and a bunch of weirdos teaching this stuff. They weren't really trying to show you how to record instruments as much as they were showing you how to make tape loops and tricks like changing tape speeds and running it backwards. Our assignments would be to make musique concrete pieces or collages, playing for the class and critiquing each other.

So you got into it from an experimental or documentary angle rather than listening to music and saying, "I want to record albums."

I was into music, but when I graduated high school all I knew was that I wanted to play drums. As much as I knew it was a long shot to do that, I thought that that's what I was going to do and it revealed itself to me in this way. I find that I am playing on some of the projects I record and others that I do not record, but recording is what puts food on the table. [laughter] But it's a blast and it's not a compromise. It's what I love doing. It's just as creative if not more. I'm being exposed to different people's ideas and approaches.

So how did you make the transition from wanting to play drums to wanting to record, or has recording just taken a priority but you'd really rather make a living playing drums?

Well, at a certain point I was getting a lot of calls to record people but only the occasional call to play drums. I wanted to get good at recording people and the best way is by doing it a lot, so I took anything that came my way. I've been fortunate to be associated with some pretty good people. It's a perfect way of learning something, by doing it rather than sitting in a classroom where they say, "When you're actually doing it, here's how you should react."

There's going to be a knob called trim, gain, mic pre... turn that.

Here's what to do when the artist throws a tantrum.

They don't teach that in school, though that's a problem.

They don't. Making a good recording with someone has as much to do with compatible personalities as technical know-how.

No, but I've had people bring in their cassette 8-tracks lately. They have a really cool sound. I guess those Latin Playboy records were all started on cassette multitrack. In their shining moments, I can't think of a cooler sounding record.

I told you that story about recording Sun City Girls on cassette 4- track and...