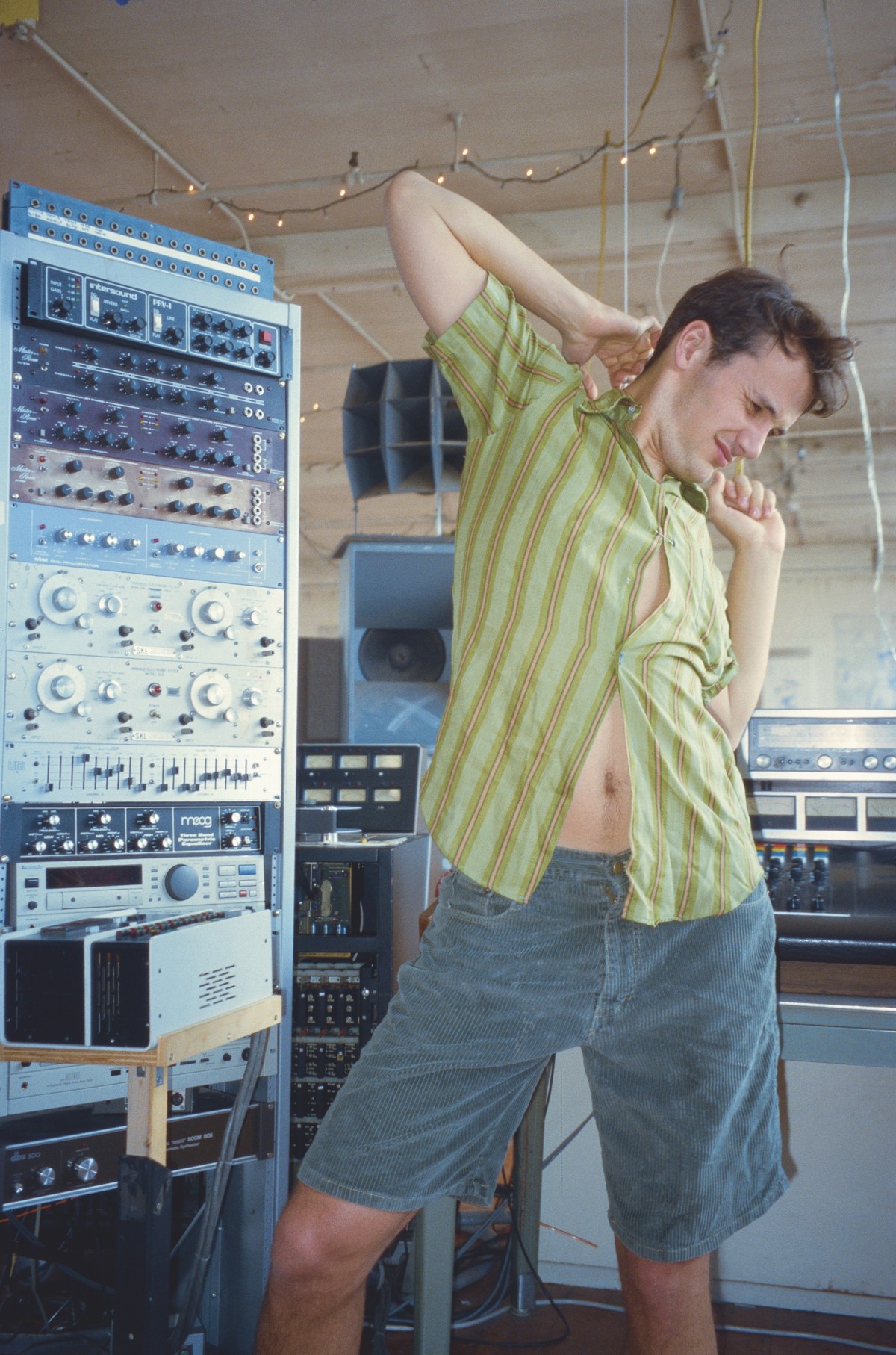 How did you get in- volved with Dub Narcotic Studios?

I first came to Olympia, Washington, to record with D+, this band that I play the drums with — back then the studio was in Calvin's basement. That was where I met Calvin and got invaded with Olympia. That was early '97 and it was in the summer of '97 that they moved into this new space. It was a lot different back then, I think it was totally empty. They recorded the Halo Bender's record, The Rebel's Not In, during the Yo-Yo a Go-Go that summer. They rented a 16-track, 'cause until then it was just 8-track. It was pretty cramped in his basement, there was all this equipment. I moved to Olympia in Sept. of '97, and Calvin just gave me a key to this room. Like, "Do you want to record in my studio all the time?" So I kind of moved in. It's kind of like Calvin's home studio. I don't think anyone has ever paid to have a recording session here other than making me cookies or taking me out to dinner.

All the equipment you guys have at Dub Narcotic came from Calvin and money made from K?

Do you just show up and there's a new piece of equipment then?

How many problems have you run into with the MCI?

Well, before Larry came, it was doing some crazy stuff like not stopping, but mostly the shuttle controls were really crazy and annoying. Track 15 doesn't record all the time and some of the meters are kind of sketchy. But you know, I can deal with that, just use track 15 as a talk back channel, the board only has 16 channels anyway. I was so used to recording on 8-track, in Anacortes and here for two years. So when the 16-track came, I was like, "That is so ridiculous, who needs 16 tracks?" I just bounced down on my 8-track, but now I'm really into the 16- track. I do a lot of bouncing on the 16-track. Do like 12 guitars or pianos and bounce it down to get the Wall of Sound, one instrument at a time.

What's your usual set-up for recording yourself and others?

When I'm recording myself, I bring all the instruments over here [by the mixer] so that I can push the buttons and set the levels. When Calvin and I've recorded bands we set them up over there. I like to use the room a lot, like setting up drums in different places when I have a helper. I've gotten to the point of running the mic all the way over to the piano [15-20 feet away] and headphones — I just set the mic and point it towards the piano and turn it up and instead of headphones I just turn the speakers up really loud, and just play really loud.

And you don't experience a delay?

Oh there's a delay and the levels are messed up because I didn't set it, I just cranked. I really like the sound of it though. Layering four tracks of that gives you a crazy wash of tone, it doesn't sound like a piano anymore... it sounds like nothing, a totally new instrument.

What kind of mics do you have in stock?

There's a Neumann U-67, which is the standard nice mic here that I usually use for everything, and there's a bunch of different mics. There are these weird little Altec condensers that smell really interesting. Whenever I open the box, it reminds me of a certain cupboard in my grandma's house when I was six, the cereal cupboard. It's the craziest reference. I wonder what the...