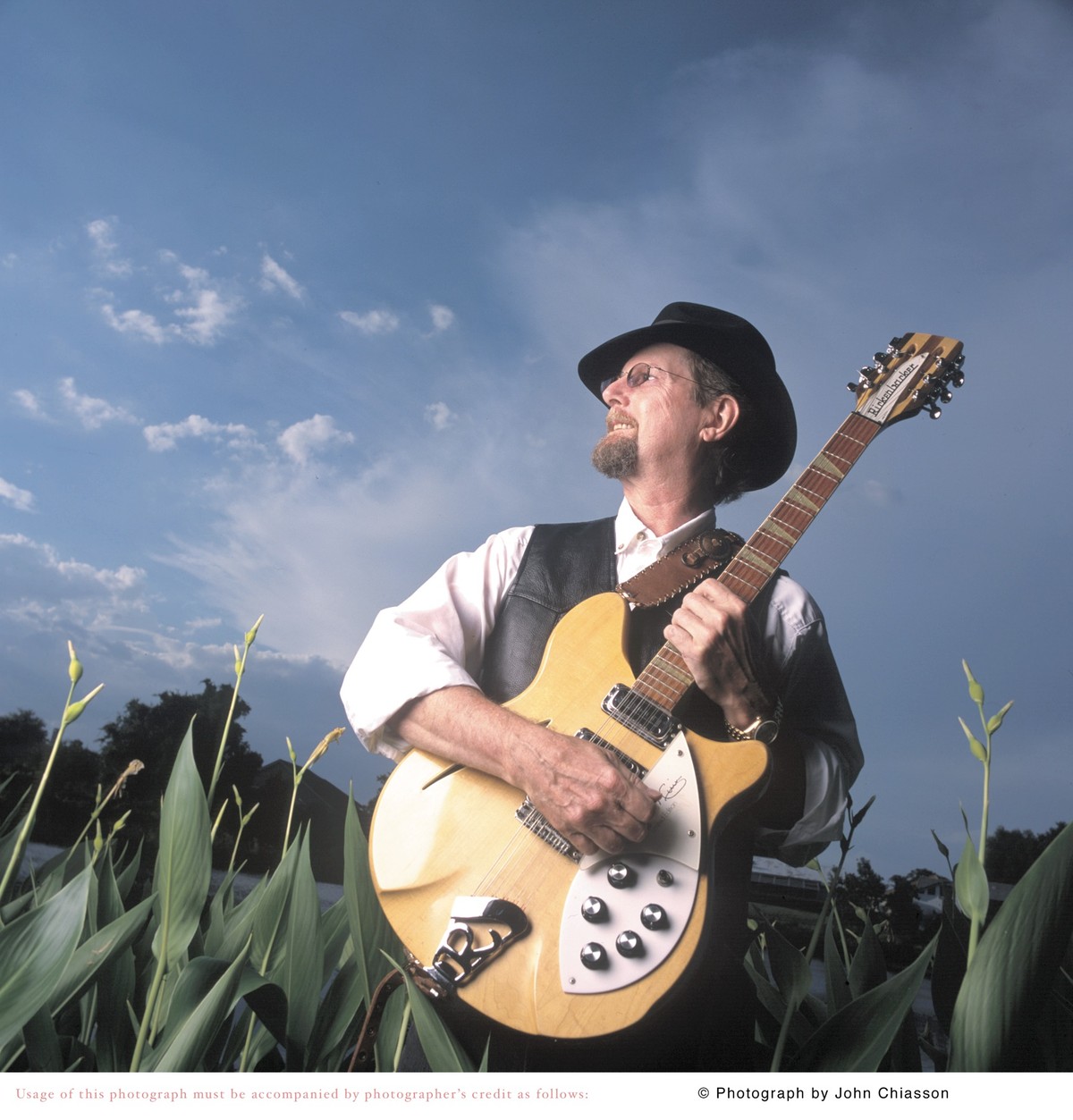 Roger McGuinn is known to most people as the leader of The Byrds, the folk-rock band from the '60s who fused Bob Dylan and folk music with the rush of jangley rock and roll.

He was interested in technology back then, being one of the first people on the West Coast to purchase a Moog modular synthesizer. Years have gone by but some things never change. Roger is still combining the old and the new, using computer recording technology and the internet to preserve old-time folk songs from years ago. His most recent album, Treasures from the Folk Den, was culled from sessions recorded on his computer as he and his wife Camilla traveled around the East Coast visiting friends like Joan Baez, Pete Seeger, Odetta and Judy Collins. The songs are chosen from his growing Folk Den archive of "rescued" folk songs at mp3.com and on his own site, mcguinn.com. The preservation of this important music is a noble cause, and it's great to see that some of our rock and roll heroes can move into their 60s with grace and their love of music intact

I guess you should state what your goals are, as far as preserving songs, so that our readers understand that.

Yeah, that is my goal — to keep the old traditional songs alive, because to the current marketplace they are in danger of getting lost. It's the same problem that was happening in the '30s when the Lomaxes went out to do the field recordings. There is a quote from Theodore Roosevelt saying that there is a chance of these old folk songs getting lost 'cause of music hall songs. Of course music hall songs have been lost now, but the old folk songs are still around, so it was kind of ironic.

Do you find that many times you'll be looking at a song and there's numerous different versions? Do you just kind of go with gut feelings and pick a favorite?

Yeah I actually choose the verses that I like the best. So I'm modifying them a little bit too. I figure it's fair game.

It's already happened for many, many years before.

You can't do all the versions so you might as well pick the one you like the best.

I like the liner notes a lot on Treasures from the Folk Den.

Thanks. You know I did that project with a Dell tower computer? I've got it down to a laptop now — Toshiba. I'm using the same Cool Edit Pro, but they've got a Version 2 now that has 128 tracks of digital audio. It does some more tricks — it has MIDI and video editing capabilities too. Basically I use it for digital audio. I just use it like a big multitrack recording machine.

What were you using when you did the first Folk Den recordings?

I used a DAT machine for the very first one. And then to overdub it I would sing along with the DAT and dub it, at 44kHz, onto my PC - probably a 166mHz PC at the time. I have a lot of songs on the early part of the Folk Den that I cannot reproduce. There are actually no masters because it was all done on the fly.

Did you begin to do all the recording in the computer later on?

The original Folk Den stuff was all very simple. It was 11 kHz, 8 bit, and I did that for a reason: Because bandwidth was so slow back then. People had 300 to 1200 baud modems, they couldn't download anything bigger than like a megabyte — that was really a big file. So I tried to keep it under 300 kilobytes for the whole thing.

I noticed on the versions that I got on CD-R from MP3, that they were kind of grainy sounding, and I was wondering if that was just the quality of the MP3.

Well MP3s are grainy sounding. It's a ten to one compression. It's like jpeg compared to a tiff file or something. In all this belly aching that the record companies are doing about file sharing, they don't mention the fact that MP3s don't sound as good as CDs. They ought to make that clear to people, 'cause there's a big difference.

And they burn these CDs at mp3.com from the MP3s. There are artifacts in them — you can hear a lot.

I was curious about that.

Plus they are very simple recordings. With not a very good microphone...

What kind of mic?

I think I was just using a Shure Brothers SM58, or something, when I first started, and now I'm using a Stedman [1100B] tube condenser mic that's much more high fidelity.

With some of the gear that you've gotten, like the Cool Edit and the Stedman, were you getting endorsements?

I actually got the Stedman and the Cool Edit for free. I contacted them. The Stedman actually fell into my lap. This other musician was borrowing it and he emailed me that it was a great mic, and asked me if I wanted to evaluate it, and I said, "Yes." So they sent it to me for evaluation and then I talked to the guy who owned the place and said that I loved it...

I was told this interview would never happen. Apparently T Bone is a busy man, producing records, overseeing film soundtracks, recording solo albums and touring the world. Burnett has been involved...

Chris Coady is the engineer responsible for some of the most emblematic and critically acclaimed indie rock records of the early 21st century. Teaming up with producer David Sitek to build Stay Gold...

If you spend some time around Trey Spruance, it's not uncommon to hear him expounding on Islamic theologians, geopolitics or holes in the Big Bang Theory. Yet Trey is better known not for his...