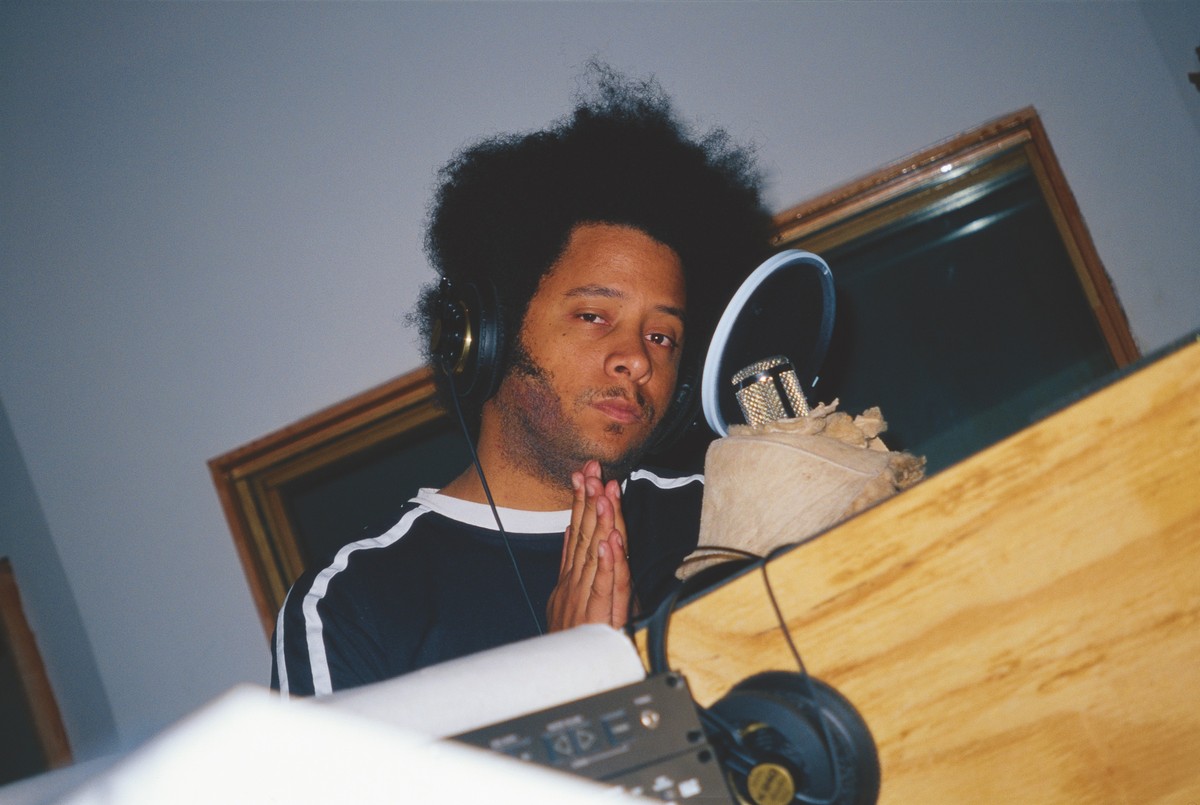 The Coup is a hip-hop group from Oakland. They have an outwardly Marxist bent, which has earned them diehard fans as well as vituperous criticism from mainstream pundits. But that won't be our focus here. Their politics have been covered at length, with too little attention paid to what makes their albums truly great: the music and the production. On a sunny afternoon in late October I met up with rapper and producer Boots Riley. We drove to his studio space in Oakland to talk about their latest, self-recorded album, Party Music.

So is this where you recorded Party Music?

No, that was recorded in a garage. We're still getting this space going. It's my gear and this other guy's space.

All of Party Music was done in a garage?

Yeah, well we mixed it at Hyde Street I was going right into Pro Tools, through this Focusrite Red.

That was for the vocals?

Vocals, but pretty much I ran everything through this, just because I didn't have a mixer at the time. Vocals, bass, samples — anything live or line in that needs a signal boost I'll run it through here. The good thing about it is I can't tell that I've put a signal through there. That's bad to some extent, like, it doesn't give you any kind of feeling about it, but I do that in the mixdown. Especially since I'm new at tracking, I don't want to mess it up.

So this [10-space] rack was all the gear you were using?

That and the LA-4, but I'd only use a little on there, even on things that I thought needed more compression. I would always go pretty conservative with anything that I'd put on there. Sometimes we'd have a Neve strip in here, but I'd never use it since at Hyde Street we have all of that stuff there. So I pretty much went direct as much as possible and then re-amped it. And then I also had the choice of amps that I wanted. For the performance, while the musicians were playing, I'd throw the SansAmp plug-in on that. That sounded real good, actually. There are a couple places where we just kept the SansAmp. Before this, I'd done the three previous albums on analog. I was all against digital like, oh it's not going to sound as good, this and that. Originally I just decided to go ahead and do it like this, because I chose the creativity over the sound. But then, as I got into it, I realized I wasn't really making a compromise at all. Especially, because when we mixed it, we went through the board at Hyde Street

What board were you mixing on?

I've been impressed with how the vocals sit on your last couple of albums. It's really clean — they sit right out front.

I did all the vocals for the last album on that mic right there — it's a Soundelux mic. It sounded cool. Performance wise, I did redo a couple when we were mixing down, and there were a couple songs I wrote while we were mixing down. Like I had all the music, but the lyrics weren't together. But you wouldn't be able to tell those tracks apart, the $2500 mic versus the $10,000 mic. When I'm recording, I'm just making sure the level's cool, not going into the red, and on Pro Tools I haven't found a reason to print real loud. I can stay soft if I need to, just to stay away from the possibility of distorting, and I don't hear any extra air or anything like that.

Well that Soundelux is a good match for your voice, it captures that really tactile, out-in-front feel.

Yeah, I really like it, and times that I've had singers up in here, they like it too. That was one thing that was hard, when we recorded our other albums at Hyde Street, one mic would sound cool to me one day and a few days later it wouldn't sound good. I don't know if that has to do with some of those old mics. They change depending on humidity, whatever, so we'd always have this whole long time of switching mics, trying mics. Which was cool, cause they had a lot of mics. Also, we don't have a lot of the things we had at the garage here, like these boxes I would hit. I was recording just hitting a box to throw under the kick. I just found out that that is a South American instrument...

What, a cardboard box?