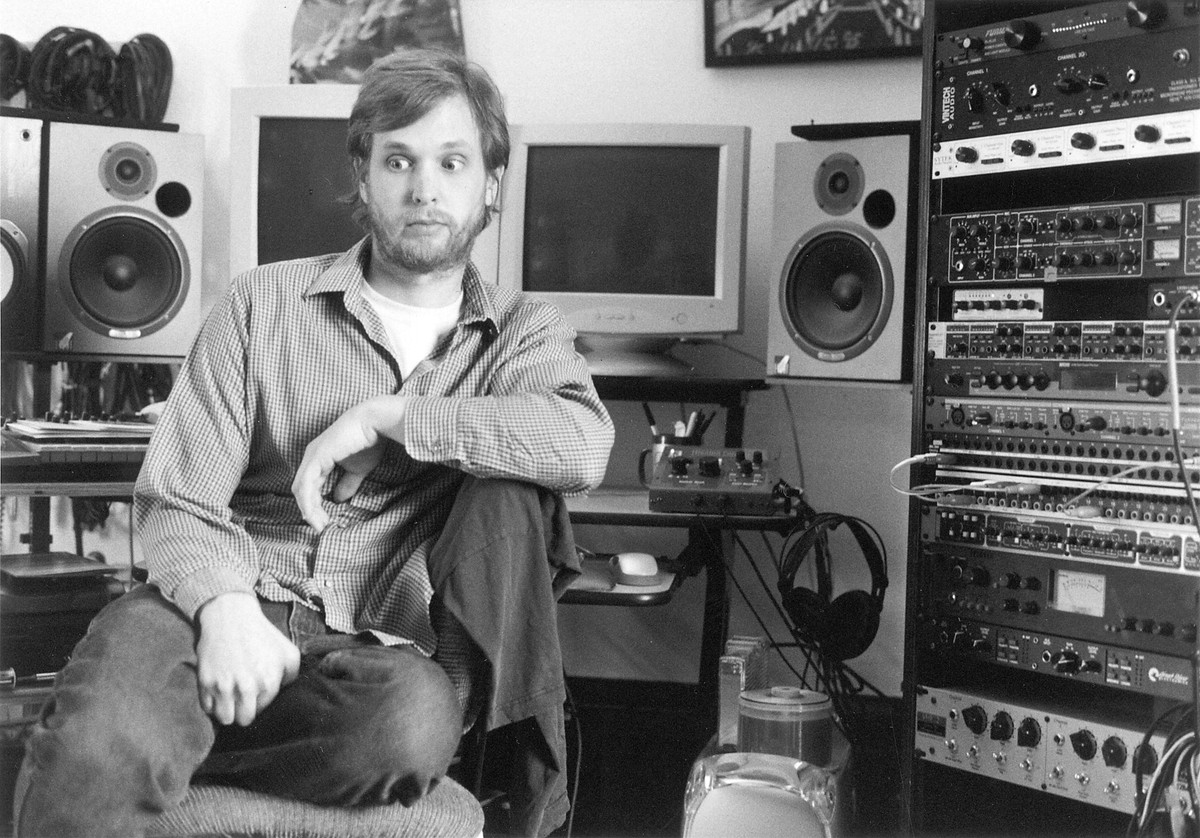 East of Louisville, Kentucky, in a small town called Shelbyville, Paul Oldham has been recording some of the most unique and important American records of our times. His work can be heard on everything from mid '90s Royal Trux records to New York's own improvisational noise rockers Gang Gang Dance. But perhaps he is best known for his work with his brothers Will and Ned Oldham. Will, mostly under the monikers Palace Brothers and Bonnie "Prince" Billy, and Ned, through his Anomoanon releases, are creating some hauntingly beautiful music that has brought them work and praise from folks like Johnny Cash, Marianne Faithfull and Harmony Korine. I was honored to sit down with Paul and talk with him about his studio and many of the records he has recorded and played on through the years. He spoke openly about the making of (some would say) Will's finest record, Ease Down the Road, why they canned the entire first version of Master and Everyone, his love of Pro Tools and how he battles the harshness of digital recording.

Tell me a little bit about your past in recording. Did you go to school for this?

When I was 17 I had a 4-track and I played in bands. I would record the rehearsals and I started recording other bands. I knew a couple of people that had gone to IU [Indiana University] for their recording program. I went there and it was a pretty intense recording program — way past its heyday by the time I went there — everything was broken. I spent a year there and one of the requirements is to do an internship somewhere. After I had been there a year I got a call from Royal Trux, whom I had worked with a couple of years earlier doing sound for their tour [see Tape Op #11]. They were going to make a record and they had used David Briggs, Neil Young's old producer, for their previous record and he died right before they went to make their new record. Instead of getting a big name producer or engineer to work on their record they spent the money to put a studio in their house and just recorded it there and got someone to mix it. So they asked me a few things, consulted Sweetwater and bought all these ADATS, a board and all these effects. I went there and spent four months making a record. They rented a house for me and the bass player and the drummer. I had to set up their studio and learn how to use everything. I had never used an ADAT. I read a bunch of manuals and plugged everything together. That was a great, intense experience. I ended up going back to school for a little bit and when I finished I needed to find a place to live. My folks own this farm — I don't know why they decided to do it but they fixed this house up. It was in complete disrepair — you wouldn't recognize it. That was in 1997. I started out just recording my band Speed to Roam and recording my brother's bands, which is something I'd done a little of before, and my friend's bands. Just having this great space to do it in. I love it 'cause it's so non studio-like.

What were you recording on when you first started?

Two DA-38 tape machines — Sixteen tracks through a little Alesis mixer. I made a lot of recordings with that. I recorded one of Ned's albums and Will's album, I See a Darkness, on those, plus a bunch of other stuff. About a year after I moved out here I decided to buy a computer with the idea of just burning some CDs. I just got more and more into it and enjoying using a computer — I was able to get better quality recordings. The next step up from a tape machine was out of my price range. I could go from 16-bit recordings to 24-bit recordings without incurring much more cost. About a year after that I bought a Mac and after about six months after that I started using Pro Tools. That was about three years ago when I got that.

How did you find the learning curve of Pro Tools as opposed to other programs?

I used a few other programs before I settled on Pro Tools. When I finally got Pro Tools it was like, finally, something that makes sense. They were all totally usable. The more time you spent with these programs the better you can get at them, but Pro Tools was totally made for the audio recording engineer. Most of those other audio programs seemed to be made for MIDI sequencing people. When I switched to Mac I used Digital Performer because a good friend of mine was really into it. That's what I made Ease Down the Road with. I switched after that.

What sort of plug-ins do you use?

Andrew Savage, one of the co-songwriters of Parquet Courts, is decidedly "not an engineer," yet he owns tape machines and once built a studio with his friends in Denton, Texas. Savage's top priority...