In Tape Op #31, West West Side mastering engineer Alan Douches observed that sometime in the next millennium, retro-minded sound smiths will be seeking to recapture "that classic late-century ADAT studio sound" and begin scouring the world for the few Alesis tape machines that had survived the ravages of time.

"It's hilarious," says Wrens guitarist/vocalist/recordist Charles Bissell of Douches' prediction. "It's hilarious because it's inevitable."

Bissell is probably right. The ADAT revival will occur, and people will pay through the nose for the machines themselves and for the VHS tapes that they employ. What Bissell is too modest to admit, however, is that if this all goes down as projected, he'll be partially to blame, because the Wrens new album, The Meadowlands (mastered not so coincidentally by Douches), clearly demonstrates how much can be achieved in this much-maligned medium.

Of course, you can make a good record on any format you want if you're willing to spend five years getting it just right. Yeah, you heard me — five years. Every night for nearly half a decade, Bissell would return from a New York City white-collar day gig to the New Jersey house that he shares with bandmates Kevin Whelan (bass/keys/vocals) and Greg Whelan (guitar/vocals) to fire up the studio that occupies much of the living room. Songs were compulsively worked and reworked, parts changed, and sounds tweaked within an inch of their lives. And then, when the last track of their long-gestated third album was finally mixed and mastered, the Wrens did the only thing they could to ensure that the ordeal had in fact come to an end: They brought their ADATs to a local Garden State watering hole, propped them up on the bar, ordered some beers and got sloshed while they erased the master tapes.

The mixes that remain are a shining example of what indie rock can and should be when low expectations — and even lower budgets — are not allowed to encroach upon a desire to create music that is as artful as it is kick-ass. Certainly the Wrens' two previous full-length efforts, 1994's Silver and 1996's Secaucus, are also exceptional home-recordings, but The Meadowlands is an instant DIY classic, worthy of sharing a shelf with Guided by Voices' Alien Lanes or the Shins' Oh, Inverted World. Imagine it's a sinewy long- distance runner, picking up the smart-rock torch right where Wire and the Buzzcocks dropped it. Who could have guessed that that was in a New Jersey swamp?

In the liner notes of The Meadowlands, it says "recorded/mixed on 16-bit ADATs." That seems like and odd thing to boast about!

Charles: That's my own little geeky bit of self- congratulation or something. We're like the only people who are still using these things, although they're kind of like a weird bargain now. We have four of them now — an XT and three blackface ones — although we usually only work with two or three at a time. We haven't bought any for a couple of years, but even then, when one would break, it became cheaper to go buy another one, because you can score these things for between $125 and $150.

Did they break a lot while you were making the record?

C: After a while they did start breaking all the time. There's a function on the ADAT where you can fire it up and see how many head hours you have on it — I think it goes up to about 10,000 hours, or something retarded like that. Well, at some point, we lapped them. I don't think you're really supposed to get that far! ADATs are kind of the worst of analog and the worst of digital all rolled into one. Digital without any kind of flattering analog effect combined with VHS tapes, moving parts and tape transport issues.

Weren't you tempted to switch over to a more flexible and reliable computer- based system or DAW?

C: No. There were financial limitations and I wanted to avoid the learning curve of being on a new platform. There was also stupid psychological stuff like the fact that when we started this record, we thought that we would be done with it in a month. Ultimately, though, we would be better suited to using a computer and we will at some point, if only so that we can compare options more effectively. Because as you're making a record the way we did and noodling around on the guitar and saying to yourself, "Oh this part's really good... but is it better?" When you have a computer you can just put it down and A/B it. Then you realize that if the guitar is going to play this new part, that the bass should really be doing something different as well. Now when you're trying to alternate between these combinations, there's only so much you can do with ADATS and a Mackie 24x8 [console].

Kevin: We had to get it right on one track. We couldn't have 80 versions of our vocals like we could if we were working with the computer.

C: Next time, even if we have a computer, there will be a set of new limitations. And those will be that nothing is recorded until it's right in the basement!

Four-plus years leaves room for a lot of tinkering. You must have redone everything several times.

C: Yeah, except that we never redid any drums. When we originally set up and recorded the songs for this album in the last house that we lived in, we worked on them for a few months, and even got fairly close to completing some of them. And then we realized that it wasn't really what we wanted to do. We had a lot of big rock guitar on there, a lot of Marshall half stacks and Les Pauls. We had a decent traditional guitar sound, but it wasn't serving the music in the way that we wanted. So we worked and drove these songs into the ground across two and a half years and then we had to move, set up shop here. We had already set our first mastering date, which was like in October of 2001 or something...

Setting a mastering date can be a good way to actually force yourself to finish up a project.

C: It really is, and that's kind of why we did it. The time leading up to that session with Alan became the most miserable six weeks of my life because we thought that we were still going to walk in and master the whole record in one shot but we were making big, crucial changes to the... 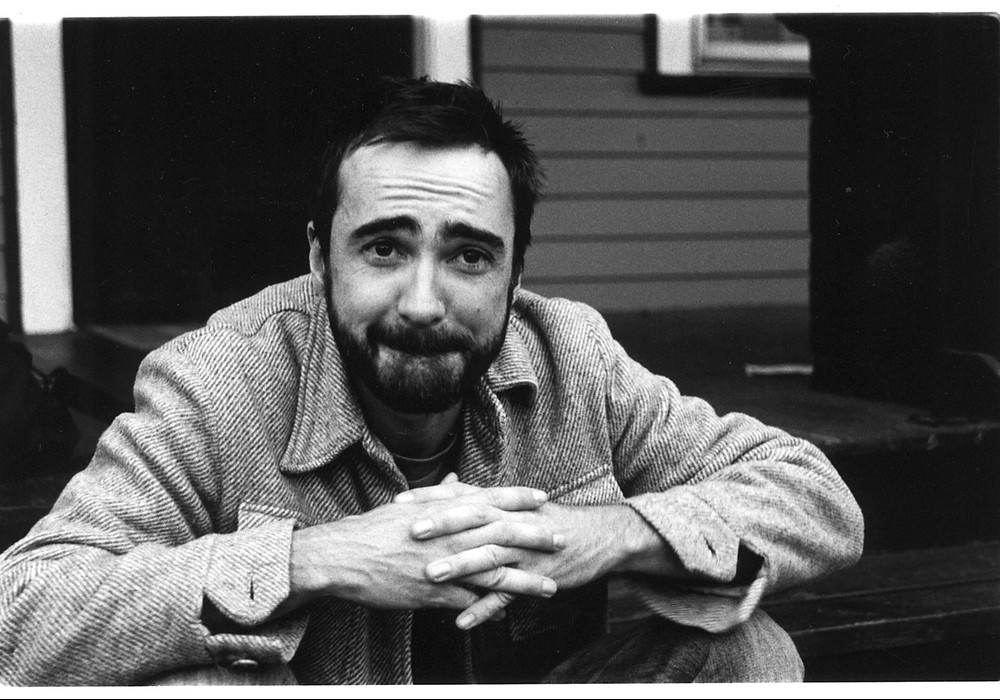