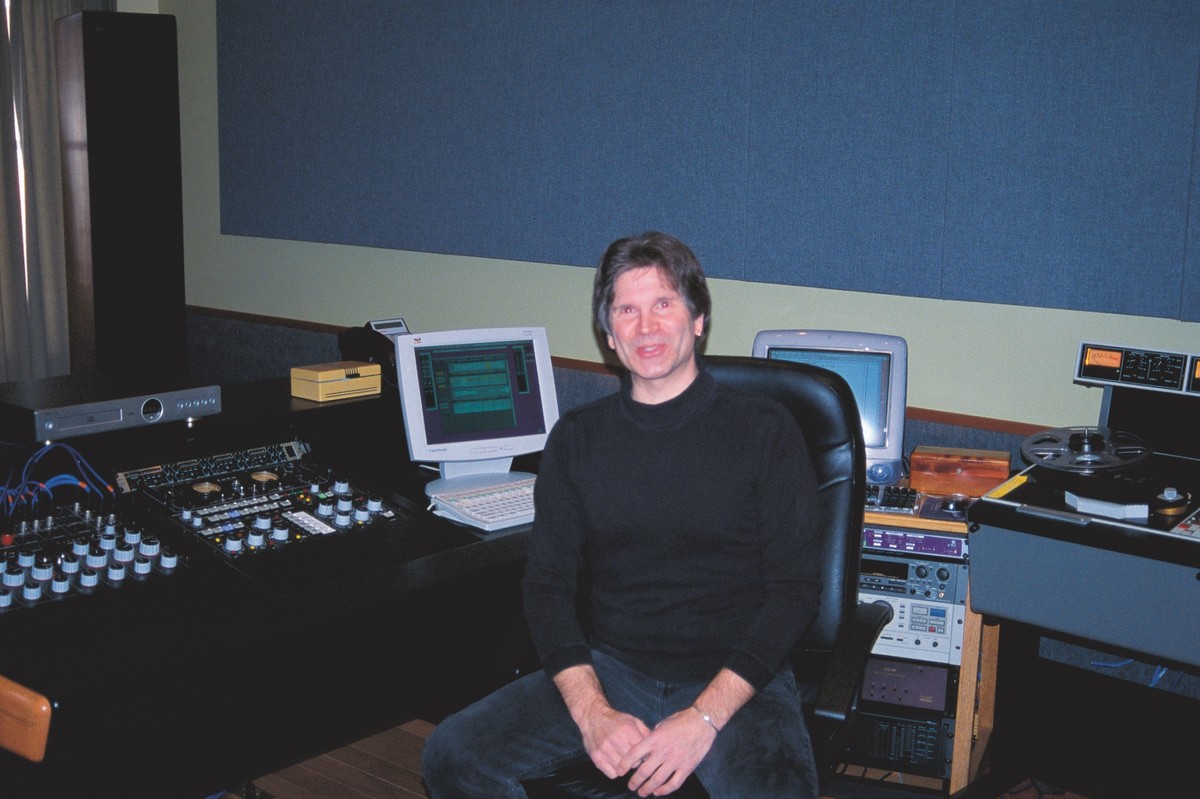 If there's a classic tune running around in your head, more than likely you can find the reissue of it on the Sundazed Label. Owner Bob Irwin founded the company on a love and passion for great music that continues to this day. In an industry that churns out corporate music swill ad nauseum, Bob is a music archeologist aspiring to find the treasures of the past and bring them to the light of day. Carefully preserving the original elements, he presents these finds to a new audience that might never experience them otherwise. When I arrived at Sundazed we listened to the Chesterfield Kings on Bob's Dunluvy SC IVA monitors and immediately our conversation turned to gear.

What are the monitors powered by?

I'm in the process of changing over the power amps in this room. I've just been waiting for that right moment when I'm between projects to make the switch in order to not lose my frame of reference. I have a beautiful Audio Sculpture "Equilibre" tube amp that is so well married to the IVAs that I can't wait to get it in!

Do you find the tubes color the sound?

I cherish my tubes on my analog chain side too, but unfortunately a lot of the projects I get in can't tolerate the conversion from D to A and back again.

Well, I'm very fortunate and very happy in working with the kind of music that we do because it's almost exclusively reissue or vintage-oriented work. New projects we do take on are similar to what you've seen, like The Chesterfield Kings, Davie Allan, etc. — artists who are looking to somewhat recreate a vintage sound and feel.

A few colleagues were talking about the Kind of Blue reissue the other day, how several of the songs had a vari-speed issue due to one of the machines being slightly misadjusted. They were talking about aesthetic- ally whether or not it should be corrected in the reissue or not since it came out vari-speeded on the original release. You must run across this kind of stuff all the time.

That and about thirty other issues, you bet. I wasn't involved in Sony's Kind of Blue reissue but I do remember it being batted about back and forth at the time. In the end, I think they corrected it. It is something that we run into quite often. For instance, we recently did all the Lovin' Spoonful reissues for BMG. Nearly the entire original Do You Believe in Magic album was vari-speeded, purposefully, and frankly, you could hear why. I don't know if it was producer Erik Jacobsen or whoever, but someone sped the mixdowns up a bit and the whole program pulled together. And when we were mastering the album, John Sebastian said, "You know, I think that perhaps we should give the world "Do You Believe in Magic" at the correct speed." But, I feel that when you're dealing with music history, it would be difficult to take a hit song like "Do You Believe in Magic" that everybody heard since they were kids and make that into a different animal. So, ultimately, we opted not to vari-speed that song, but we looked at the bonus tracks appended to the reissue and revealed some of them at their actual speed. Further complicating situations like that, you also have to try and figure out what was done on purpose and what the hell was just a mistake in the first place!

I love this job! It's very cool because it's not limited strictly to the garage arena or even to the sixties arena. I should preface this by saying that we're not necessarily billed as a commercial studio — I built the new studios to primarily address Sundazed projects. From there, we've been very fortunate in having some industry folks bring projects here that I absolutely can't wait to work on. Whether it's a project for BMG like the Spoonful catalog, or for Verve Jazz such as the Buddie Emmons Steel Guitar Jazz album, which is one of my most favorite albums on the planet, I'm totally excited!

Is that something where Verve contacts you 'cause you guys are the kings of reissues?

Thanks! Yes, I believe initially they had some of our Euphoria Jazz titles. Euphoria is a subsidiary label of Sundazed that primarily reissues jazz guitar titles. Bryan Koniarz at Verve, who is in charge of certain parts of catalog development, acquired a couple things we released and contacted me from there.

Phill Brown has had a 30 year long career as an engineer, something most of us are barely even capable of imagining. And not only has he been working for a long while, he's worked with some of the...