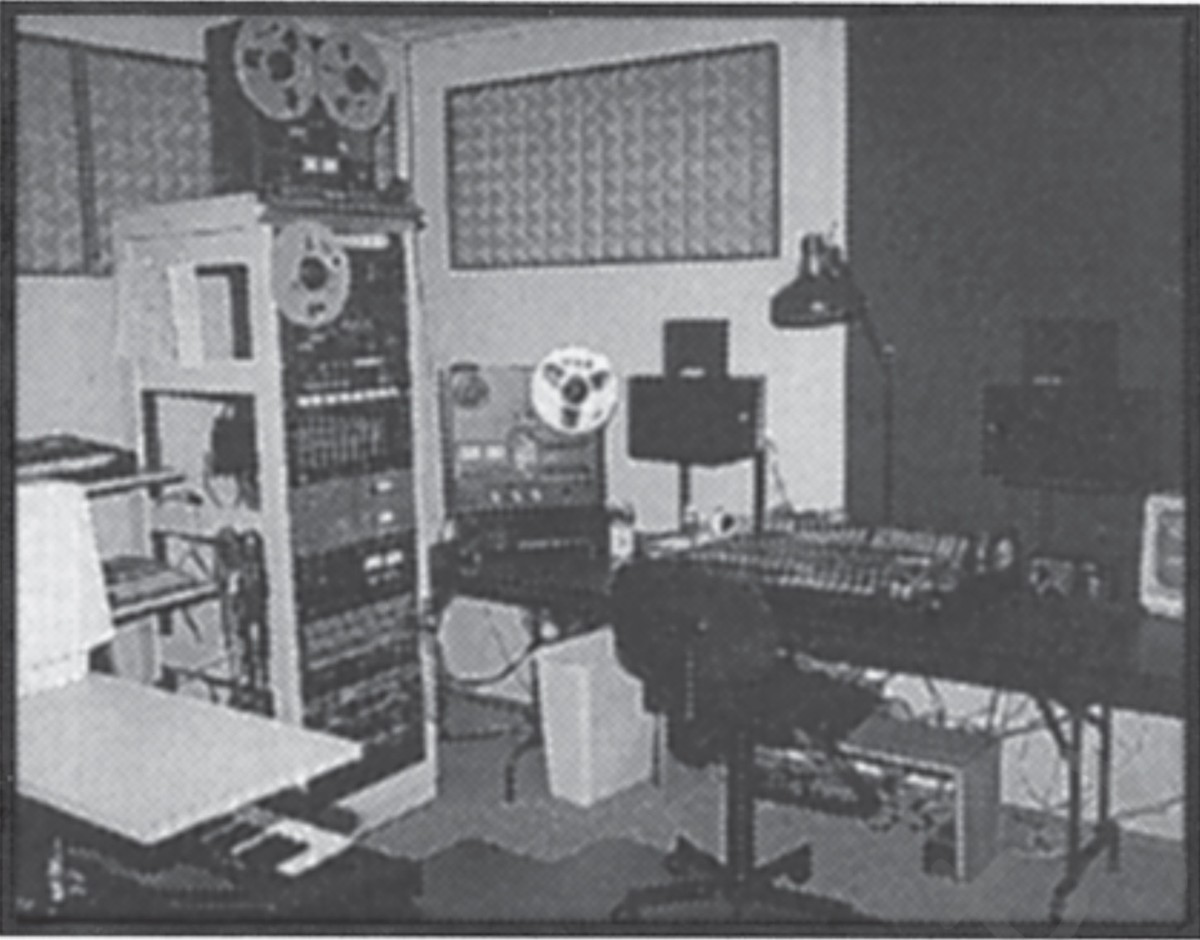 What makes a relatively sane person decide to open a recording studio?  Is it the thought of earning money?  Dealing crack is a more lucrative and rational method of meeting fine people and turning a quick buck.  Is it the thrill of being able to record your own music for free?  This is certainly a seductive fringe benefit, but has little to do with being able to run a successful business enterprise, a full time job.  Is it love of music?  You guessed it.  What else would lure a musician into catering to a clientele who, folding-money wise, fall into what can be discretely called the entry-level tax bracket?  From 1990 to 1995 I ran and owned a studio in Seattle called Inside Productions, first as an eight--and then a sixteen-track.  In those five years I recorded, among the fluff and crud, some truly great music and songs, music I was proud to have put on tape.  I also learned an immense amount regarding human nature, taxes, (city, county, state and federal), business licenses, fire marshalls, finding your niche (or not) in a very crowded field, and dealing with the unique mindset of the personality type known as a 'musician.'

Lest you think I don't understand musicians, not true.  I are one.  Raised in Gainesville, Florida, I lived in Los Angeles for 13 years, nine of which I spent in a band some of you older readers may remember, The Motels.  I played keyboard and saxophone.  We made five albums, had a couple Top Ten singles ('Only the Lonely,' 'Suddenly last Summer').  I moved to Seattle not interested in playing professionally, but still wanting to be a part of the music scene.  Why not open a studio?  I already had some equipment:  a Tascam 38 eight track, a 16-channel board (an ergonomic nightmare called the Studiomaster Stellarmix), and a few SM-57s.  Did I want to go big-time with the equipment, or stay small and find my niche?  I needed to find out what was out there first, so I first called up, then visited most of the studios in the area (12) posing as a producer.  Everyone graciously showed me their equipment and let me know how much their special block rates were.  I quickly determined there was plenty of 24 track studios, and many others with expensive equipment not being used very much.  Only a few studios had genuine engineers with a true audio background.  I also discovered that studios fell into two distinct categories:  big, expensive, professional looking ones, and small, cheap studios that weren't so good and looked like shit.  Bingo!  Why not open a studio that was reasonably priced, yet looked clean and neat--resembling neither a crashpad nor a science lab. Inside Productions was born.  I needed a location.

So, in 1991 I signed a lease for a 460 square foot office space in a business park in Bellevue, Washington.  Outside, downshifting trucks were heard at all hours.  Soundproof this.  A capable electronic whiz and serious carpenter friend of mine, Frank Bry, said no problem: we covered the inside of the windows with stiff foam core insulation and sealed them tight, then built studs, added a double layer of sheetrock covered with brown fibreboard and Azonic acoustic foam.  I stuffed the space above the drop ceiling with many rolls of fiberglass insulation.  We covered the 10x15 tracking room walls with more Azonic foam--it came in 2x2 foot sheets faced with little foam pyramids, making the room sound deader than Julius Caesar.  I ran an eight input snake I bought through Carvin (1-800-854-2235), above the drop ceiling to the other side of the office space.

The tracking room and the recording room were separated by a space occupied by a desk, an upright piano and a sofa.  The tracking room, with the door closed, was completely isolated from where I ran the session, so couldn't see what went on inside.  In order to have visual contact with the band, I bought a closed-circuit TV system for $300 from Costco, installed a fish-eye lens, mounted the camera in a corner of the tracking room, and voila!--I could see the band, but they couldn't see me.  No 'band in a fishbowl' vibe.  Clients liked being in the tracking room with no-one looking in at them.  I was in business at $17 per hour.  My first customer was a veterinarian's receptionist who sang along with a Karaoke tape.  The thrill of operating a studio was finally mine.

How Do You Run this Stuff?

I had no technical background whatsoever.  However, having made five albums in L.A. as well as working as a session player on records, I couldn't help but pick up some knowledge of recording.  Luckily, the Motels had always worked with great engineers.  Of our five albums, two were made with engineer-turned-producer Val Garay, who recorded all those James Taylor and Linda Rondstadt albums that helped usher in punk music in 1976.  I watched how he recorded vocals, because he had it figured out.  Val told me that mikes more or less looked the way they sounded, which makes sense if you think about it, skinny silver mikes pick up high end, big fat tube mikes are warm, etc.

Suspecting there was even more to be learned about recording I asked recording engineers, used common sense, read my equipment manuals and also...