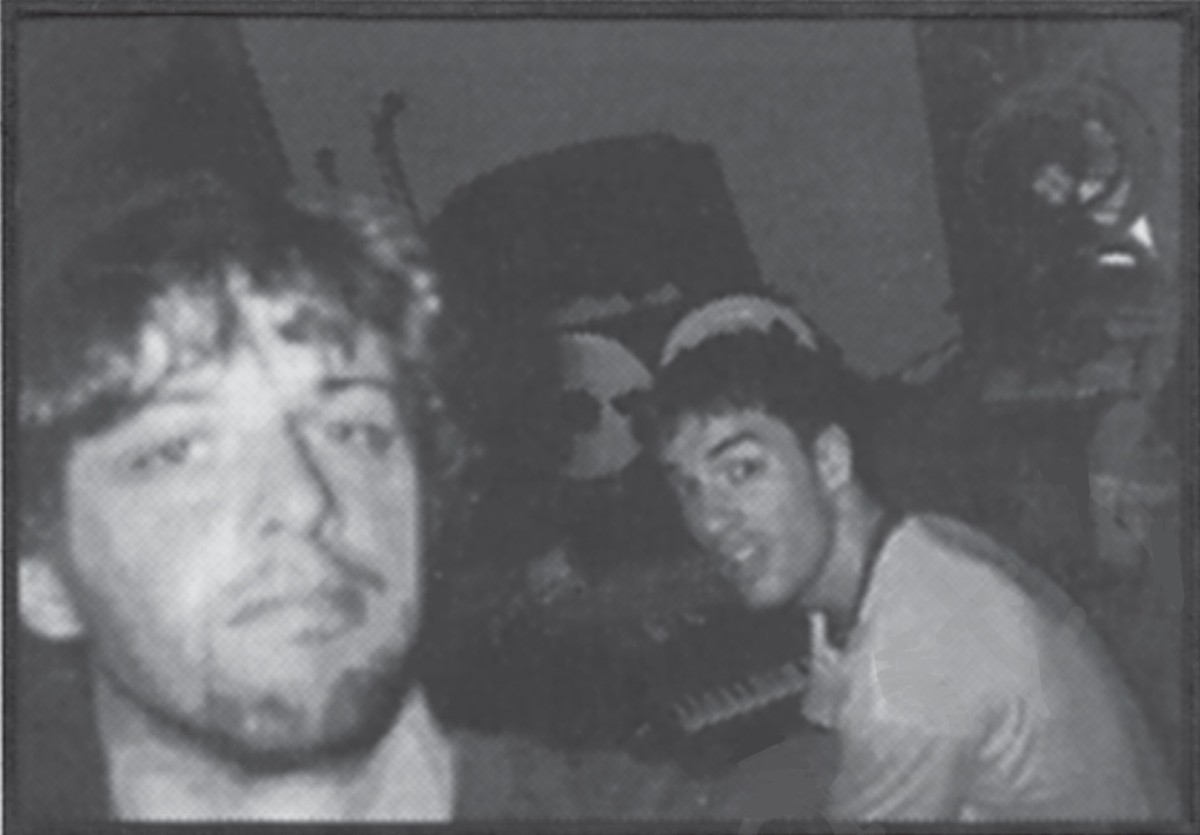 I am a musician.  At least that is what I tell my parents when they ask.  In early March of last year, my band, The Marinernine, played at a house in Athens, GA, appropriately called The Landfill.  The show was sparsely attended, but everybody in that room — everybody in Athens, it seemed — was in a band.  Talking to people that night, it was apparent that although there was a resurging network of musicians, there were few resources for them besides the University radio station and a few fledgling record labels in that town.  There was only one recording studio that was within affordable price range, a digital studio called Rock Central, but from the sounds of it, they were booked pretty far in advance, and prices were kind of high.

I had told a few people about our studio in Pennsylvania (Miner Street, then located in our living room in West Chester), and their reaction to our $10/hour rate was very enthusiastic.  But let's face it, Athens is fourteen hours away from West Chester.  It was pretty obvious that no one in their right mind would make a trip like that  for a studio, and two "producers" they'd never heard of.  It wasn't until a few days later that I came up with the idea that would occupy my thoughts for the next several months.  If they needed a studio, and I wanted to be a "producer,"  then maybe my partner Jason Knight and I could just bring  our studio to them.

June 15:  Lots of phone calls and three months later, on Saturday, we packed up the Marinernine van and headed off  once again for the deep South.  I had contacted eight bands, and booked five.  Kincaid, The Possibilities, Ceiling Fan, Stunt Double,  and  The Lost Man all committed to two days each.  After we arrived I filled the remaining days with three others: Rug Boy, Gritty Kitty, and Joe Christmas.

We arrived at around 10 PM.  Long trip?  Yes.  We carried our things inside with Ryan and Dan  from Kincaid.  They were very quick to inform us that Michael Stipe lived across the street in what appeared to be, impressively, a regular, "old shack" of a house with lots of bamboo, and a red porch light (I wasn't sure if it was a "bug-zapper" or not).  We would be recording there for the next two days, then the remainder of the recordings would take place at the Landfill where we played in March.  Needless to say, as we drifted off  to sleep on the floor of their practice space, flashbacks to those tenth grade dreams of  someday meeting my high school hero danced in my head.

June 16: We began setting up at around 11 AM.  The practice room was a  bedroom adjacent to the living room, so we set the recording gear in front of the TV, and ran cables between the rooms, under the door.

One major shortcoming within our system at the time was that our board had no tape sends, and no pre-tape EQs (it was a live sound board).  This meant that we had to use the inserts as tape sends and rely exclusively on the quality of the source signal and mic placement in lieu of EQs. This actually forced us to learn a lot about mic placement, a valuable asset for sure.  And it's never bad to know how to get a good sound from your amplifiers, drums, etc.  I'll say it now:  Much of the equipment in our system is actually pretty shitty, but we have made the most of it.  And instead of getting angry with it, it has always felt better to cherish it for all the valuable lessons it has imparted on us.  (I have this dream of having all of the stuff we replace with higher quality equipment dipped in chrome and hung in the studio where they can be preserved and appreciated for eternity).

The drummer used a very small kit, luckily for us since our board had no sub mix channels.  We set up an SM 57 on the snare, D112 on the kick, both to their own tracks with the 3630 for compression.  On a third track we decided to use the E100 for an overall drum mix, but with little luck.  The room was ultra-carpeted and padded, with everything from extra curtains to styrofoam  insulation board and the cymbals, therefore, were instantly soaked up, making an even balance between the floor tom and overhead impossible.  In the spirit of  "rigging it" we used a Y chord to patch the E100 on the floor tom (with the -20 dB pad on), and my brand new Realistic Electret as an overhead into the third track.  (In case you never heard of the Electret, that's probably because it's such a piece of shit -  made by Shure for Realistic I had heard, but shit nonetheless.)  Later we discovered our D112 was making a "pop" noise, so we had to replace it with the EV 257.  The guitar amps (one Fender Twin Reverb, and another solid-state Fender amp) were outside the room around the corner, making it impossible for us to hear much out of the monitors.  The bass amp (Fender Bassman) stayed in with the drums, and was recorded with the Revox and the DBX for compression.

"Yikes!" you say.  Well, rightly so.  The overall set up may have been pretty laughable, but at least we were smart enough to act like it was all okay.  It was our first day there, for God's sake.  So we pretended everything was just fine and in the end it pretty much was.  The Twin Reverb came out great,...