The name Aspen Pittman is synonymous with vacuum tubes. But it's one thing to hawk a product, and another to understand the physics behind its performance. While working as a salesman in the first Guitar Center store, Pittman noticed that players (and techs) didn't really know why there were wide sonic differences between identical tube amps. He suspected the tubes, but there was little known then about matching power tube pairs or selecting prime preamp tubes for replacement. His curiosity eventually led to inventing a whole new standard for matching guitar amp tubes — one that works. Today, you'll hardly find a professional guitarist who doesn't have a set of Groove Tubes in his amp. Likewise, Pittman's Groove Tube uniquely designed pro audio products are found in world-class facilities around the globe. We caught up with Aspen Pittman at this year's TapeOpCon. We wanted to know about a little more behind the gear...

A lot of people know you from your Tube Amp Book.

We've had a lot of success with The Tube Amp Book. I believe the first printing was around 75,000 copies, and since then we've printed another 20,000 of the revised Deluxe Tube Amp Book. So, we're nearing 100,000 copies.

That's significant in this industry.

Yes, it's a lot of books in this industry. And to think there are that many people interested in what makes tube amps work, what makes tubes work and how to make them better. I never expected this level of interest in tube amps. 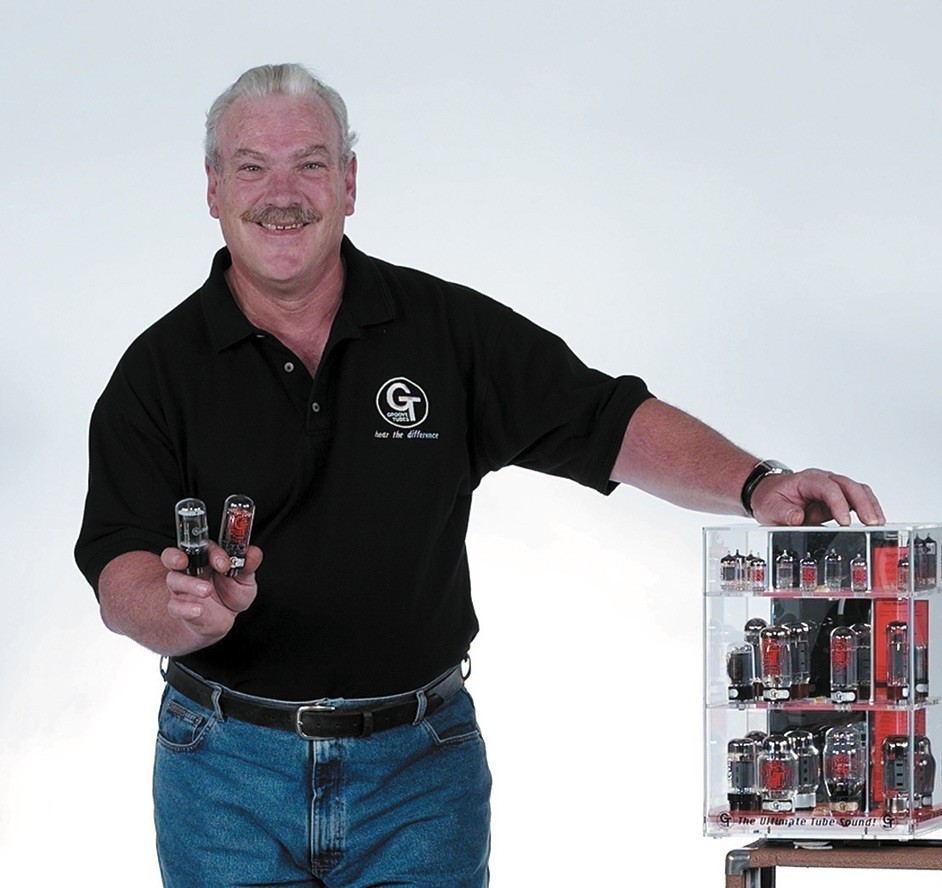 How did you even get involved in tubes?

I went to work for the first Guitar Center in Hollywood during their very early days — about six months after they'd opened their doors. There were only older organ store salesmen there — I was the first longhaired employee under 40 that could also tune a guitar! Six months later I was made manager at just 19 years old!

A lot of guys get into music retail, but that doesn't mean they end up as a manufacturer. What got you involved in electronics?

Well, my knowledge until then was just acoustic instruments, but now I had to learn about the electric guitar and amps. I noticed we would get an amp in and it wouldn't sound quite right, so we would send it to the repair shop. The amp came back as "okay". So nothing was "broke", but it still didn't sound right. I then learned about "tubes" and the improvements I could make by just simple substitution. I discovered that much like strings, tubes wore down (but didn't actually "break" like strings). So you didn't notice your loss of tone as the tubes wore out until it was too late (i.e. "My amp blew up!"). But guys were not replacing worn tubes until it was in the shop, and then only the one that went out. Basically this situation began my quest to figure out the contributing factors to what would be considered a "good" Marshall 100 or a "good" Fender Twin Reverb. I knew tube amps relied on tubes, an electrical component possessing great influence on the sound, so that was a good place to start researching. I found the tubes in new amps were very inconsistent, hence explaining the vast differences in amps as we unpacked them. So the amp's tone, good or bad, was due to the luck of the "tube draw" at the factory. So the question became, "How do we create a situation where there will always be a good tube draw every time?"

But didn't they measure tubes at the amp or tube factories?

Well yes, and no. Most amp factories bought tubes from the distributors of RCA or GE parts and those tubes indeed "met spec", which is a series of "minimum electrical measurements". Indeed the tubes worked, so the amp was passed, but still they all sounded a bit different. Amp companies knew nothing about testing and/or "matching" their tubes, and since nothing was "broken" they didn't try to fix it. But I knew something here was "broken", and I saw the opportunity for a possible business if I could produce better sounding amps thru installing better sounding tubes. My initial inspiration was McIntosh Laboratory, who made high- end, tube-based home stereo gear. McIntosh used to put on tube amp clinics with their dealers, where owners would bring in their Mac amplifiers and then factory techs would measure them and (if needed) recommend new "matched tubes" from the factory. We measured the trans-conductance (or the power) of a tube and matched them accordingly into sets... just like McIntosh. But there was one small problem.

When you listened to the amp with our electrically matched tubes it didn't sound any better, at all! I was disappointed because unless I could prove this idea to the picky ears of a guitarist, I knew I had no product to market. My tubes needed to sound better, so I knew we still had more research to get where I wanted to...