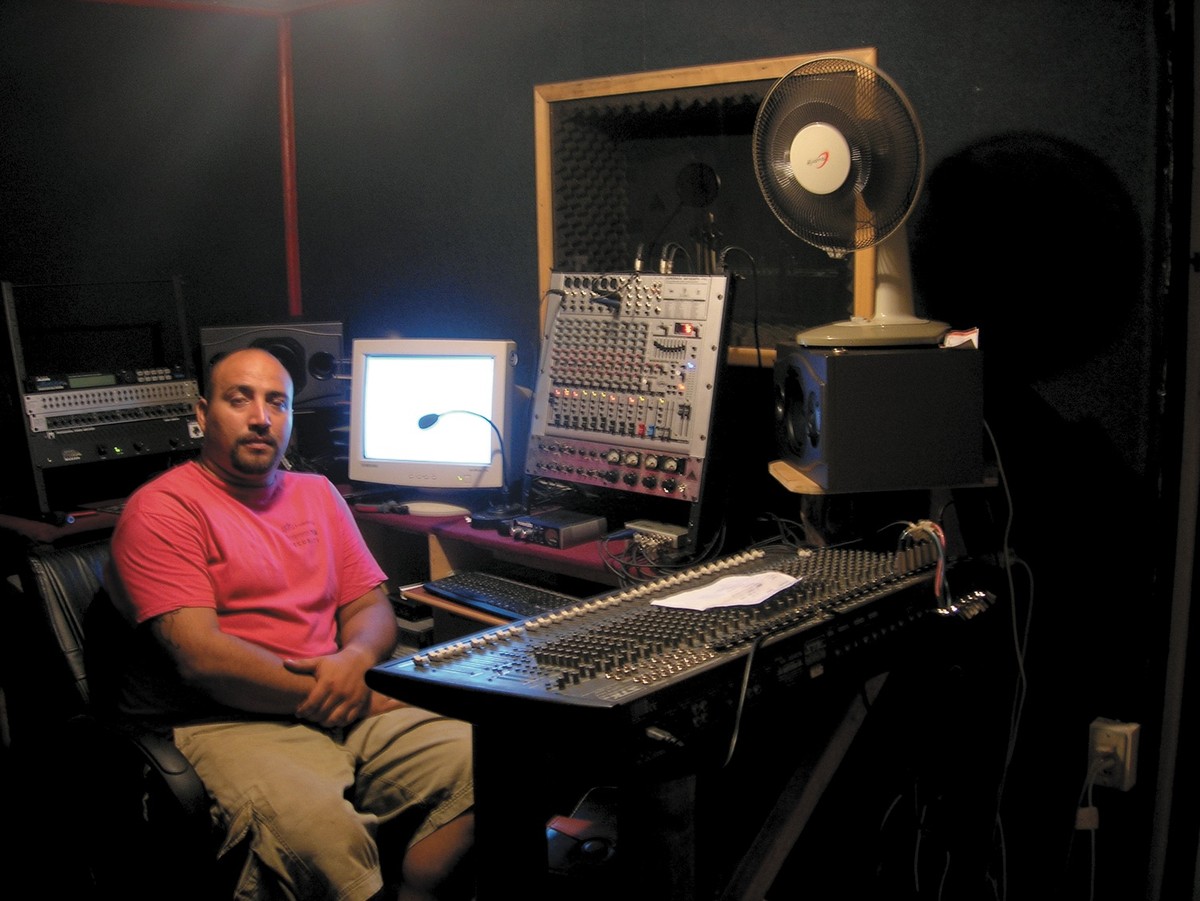 Discovered by the Dutch on Easter Sunday, 1722, the aptly named Easter Island (Isla De Pascua) is considered to be one of the most remote places on Earth. Approximately a six-hour flight from any other landmass, it's quite a commitment to travel there, but the reward is well worth it. Hundreds of ancient and mysterious statues dot this 17-mile wide volcanic island, inhabited by just under 4000 Rapa Nui people. And in the midst of all of it, lies a compact two-room recording studio run by the very friendly Mauricio Romero. Mauricio is actually a Chilean who moved to the Island several years ago, married a native islander, and started a family. His gear list is similar to that of a home or small project studio in the US, but his recordings will make you realize that it's the ear, not the gear that does the job. The studio space itself is quite compact, with the control room about 15 by 15 feet and the live room being slightly larger, accommodating a small drum kit and several instruments. The two primary languages of Easter Island are Rapa Nui and Spanish. Mauricio spoke a tiny bit of English as well, between that and my few years of high school Spanish, we managed to converse.

Are you the only recording studio here?

There is actually one other, although apparently their gear is old and often does not function properly. I get a lot of business from them.

And where are they located?

It's on the main street, across from the supermarket Kai Nene. [I tried searching for this studio on subsequent days but found nothing.]

People have come from elsewhere to record musicians here, but there wasn't the structure to support a studio nor enough money to run one. The biggest problem on Easter Island was that there was nobody to finance it, to have this type of work here regularly. The people of this town are musical — many people play guitar, they play ukulele. Everybody sings. The problem is there was never one place to do the recording. But once I got started I had some work and have done six records here.

How come there are not more studios?

It's really all about money. To set up a studio like this, to maintain it, it's too expensive and there isn't money here to do it. In my case, I have done it because I had other kinds of work — driving, painting houses, and whatever money extra I had I would invest in the studio.

Do you work full or part time?

If I could do it I would work here full time, but there isn't enough money in it to do so.

Are you Rapa Nui? [Rapa Nui is both the name of the indigenous people and their language.]

No, my wife is. I am from Santiago, Chile — I've lived here three years.

In Chile, did you engineer as well?

Yes, I worked many years in recording and live sound.

Are there any people here who are into home recording?

No. Although in almost every house there are computers. People on Easter Island love the Internet, but they don't record themselves. They don't know how, even though it's simple. They don't have microphones, or software, to record. 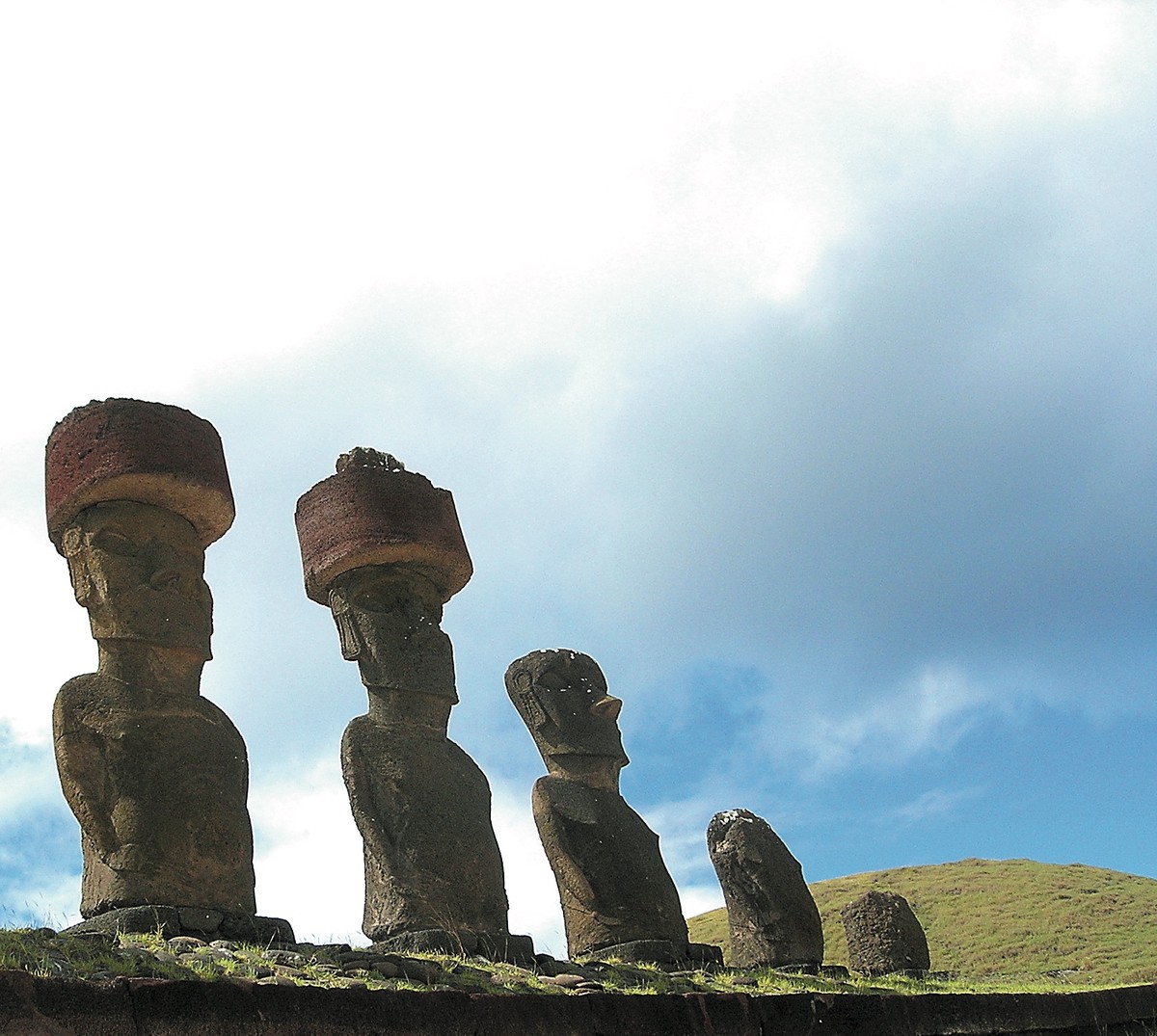 What types of music do you record here?

I'm learning about the indigenous music — my training is in jazz, rock and pop. I've also been helping to make better music here because people here play by ear only. They don't know about reading scores, about compositions, so I have been helping them with better arrangements with bass, drums, etc. I work on it and we have done some really good work. The young people I work with have been creating another musical style.

Only those who live here — nobody comes from outside to record. I would love to have people from outside come here to record because recording here isn't like recording elsewhere. The climate is special — it's a nicer place to work.

How is modern Rapa Nui music different than traditional?

[Plays example of traditional Rapa Nui music] This was recorded in Santiago, the Rapa Nui musicians traveled there to make the recording. [Then plays more modern arrangement] These are some young people from here that I recorded and produced, played guitar and bass as well.

Did you bring the equipment from Santiago?

I buy everything in Santiago or Miami, depending on the price. Often second hand, used. I'd like to buy more new but it's too expensive. The idea is to have a very complete studio. I'd like to make recordings that can compete [sonically] anywhere else.

Are there any musical instrument stores on the island?

[laughs] That's too expensive! It does look like one, though. It's not as good. I do have good microphones. To have a good quality recording it's best to have good mics. Better to have a smaller computer than skimp on the mics. I have a Behringer condenser, a Shure SM57, 58, etc. Behringer has gear for very good prices.