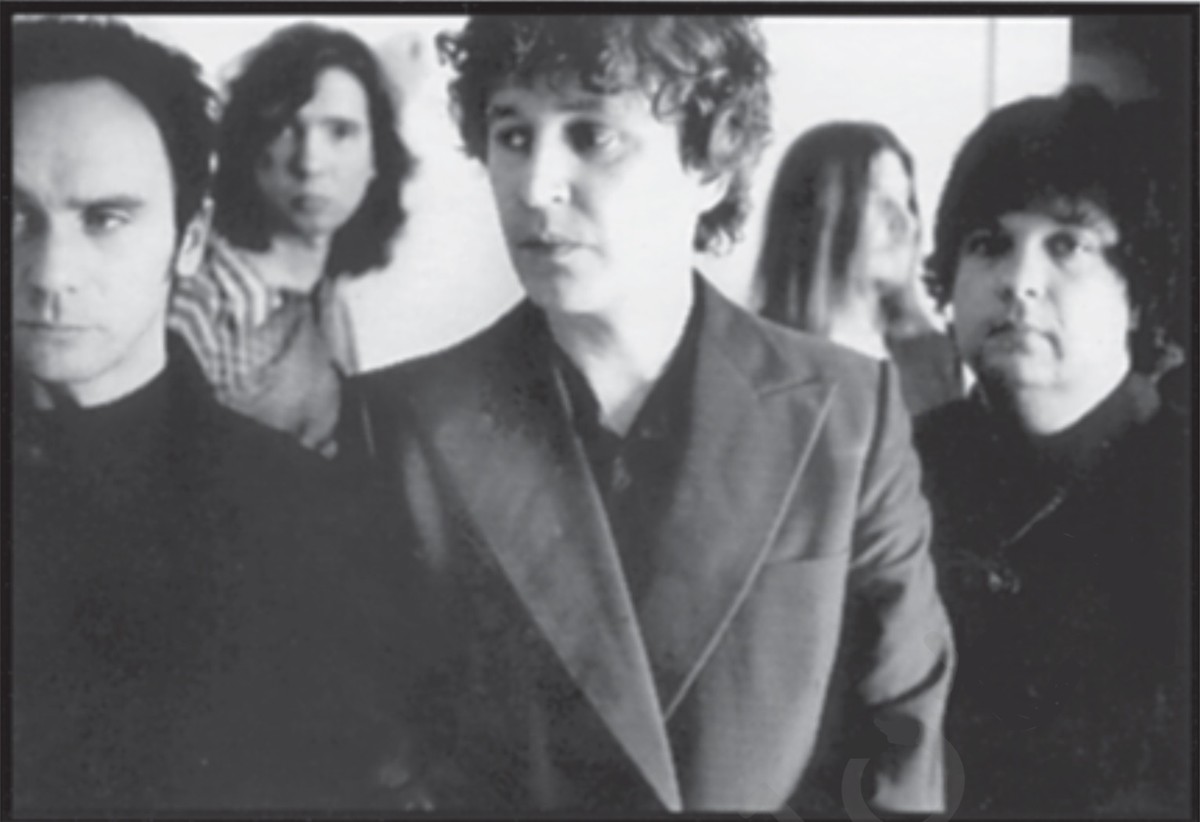 If there's one person Tape Op readers have been dying to see interviewed in these pages it would have to be Robert Pollard, the dynamic, engaging leader and frontman of the popular combo known as Guided By Voices.  I know a lot of kids out there see Bob as some sort of messiah of low-fi, the guru of 4-track or the inventor of the practice-tape-as-LP concept, and while I do find his music entertaining, I see him more as a great pop songwriter and less as a recording guru.  Nevertheless, I tracked him down after soundcheck when the supercharged GBV (Cobra Verde + Bob) blew through town in June in support of their new CD, Mag Earwhig (Matador Recs).  The secret origins of lo-fi appear here courtesy of John Petkovic, guitarist for GBV and Cobra Verde.  And apologies are extended to Robert's wife.

People are always writing in and they're saying that you're the candidate they want me to interview.  I heard a story that the first time you recorded somewhere you hated it so much you actually burned the master tapes.

That was Blue Oyster Cult.

You were in that band too?

They were called Soft White Underbelly then.  I have never actually burned a tape but I have shit-canned a project.  I taped over it.  We've had completely finished records in the can, packaging and everything, ready to go to mastering, and at the last second said, "No".  Shit-canned the whole thing.

Because of the sound?

Yeah, the recording sound and other factors involved like I didn't like the way it was sequenced, but mainly the recording part.  I've never actually burned tape.  I may have erased it.

A lot of times people thought you were holding up a banner of lo-fi.

John Petkovic:  I'll tell you why.  I'll relate a secret about lo-fi.  This is true.  You know why he's lo-fi?  His wife Kim would not allow him to spend money in a big studio.

She won't even let me buy pot.  She's the reason for lo-fi.  Really.  She wouldn't let me buy a four-track.

John: That's why there was lo-fi.

Is that what you demo stuff on?

Yeah.  The whole lo-fi thing... we ran out of ideas for that as far as how far we could go with that.  You can only go so far with lo-fi.  You can only move the amplifiers around the room so many different ways and use so many devices and play on the side of the washer and dryer.  You can only do that for so long.

It was kind of a dead end for you after a certain number of albums?

I like the immediacy and I like the warmth of a lo-fi recording.  When I started a band I wanted to make big, good-sounding rock music.  It was never a conscious effort to say, "Let's be lo-fi."  We just retreated to the basement because of negative feedback.  "So we'll just do it ourselves, for ourselves, and fuck it all.  We're having fun and no one else likes it but we like it so we'll just keep it to ourselves."

John: And your wife wouldn't let you spend money on it.  I'm blowing your cover.  I'm sorry.

The last album you did at Easley Studios and I remember reading these stupid reviews which said that your sound had changed drastically.  I didn't think that it had changed that much.

It's not that drastic.  It's not that slick.  If you want to hear hi-fi, listen to the new Foo Fighters album.  Not to say it's bad, 'cause it sounds fuckin' good.  To get a sound like that, you have to pay dearly.  You gotta get a producer that costs $100,000.

You pay Steve Albini what you can afford.  He records bands for free if they can't afford it and if a band's on a major label he makes them pay more.  He worked with Bush didn't he?  I don't know if I should say this but I think we were $1000 a day.

John: I think he was working with Bush only so he could get some major label cred.

John's opinions do not necessarily reflect mine 'cause I don't know if John's a big fan of Steve Albini.  I like him.

You did some stuff with John Croslin (Spoon, Reivers) too.

Was he just coming through town?

He came in specifically for that.  I think it sounds good but the guitar sound's not very good.  That's not his fault, it's the place we recorded.  They put the amps in these really thick-walled little rooms.  Maybe he should have said, "Bring those out of there."  I don't know.  He's good.  I heard that stuff he did with Spoon and...