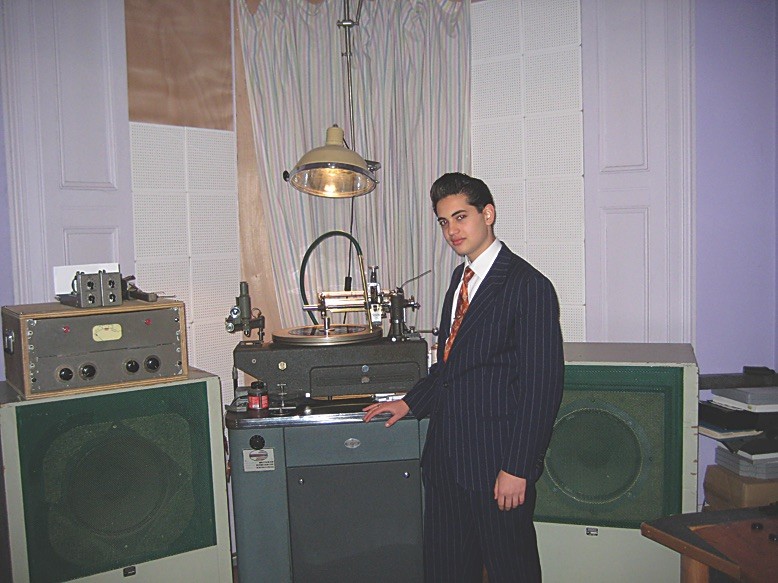 Lewis Durham is the guitarist from sibling trio Kitty, Daisy & Lewis. Their songs and style are heavily influenced by a variety of genres, including: rhythm and blues, swing, jump blues, country & western, traditional blues, Hawaiian music and early rock 'n' roll. All are multi-instrumentalists; they play guitar, piano, banjo, lap steel guitar, harmonica, double bass, ukulele, trombone and accordion between them. Lewis and his father Graeme Durham (head mastering engineer and owner of The Exchange Mastering) built a home studio where Lewis has recorded all of the band's releases, including their new eponymous album. This is no ordinary home studio however, featuring vintage equipment like an Ampex 350 tape deck, RCA and STC mics, huge Tannoy Red monitors, its own cutting lathe — and, most notably, no computers.

You're in a band with your family?

Yeah. Me, my two sisters and mum [Ingrid Weiss] and dad — we used to go to an afternoon pub/club thing and some guy we knew said, "Come and play a tune." That was just me and then slowly, as we did more stuff, my sisters joined in and then finally mum and dad. It happened organically — it wasn't planned or anything.

Did you all play instruments before the group started?

We didn't really know our instruments, but with drums, for instance, you just hit it... That's what we do — it's not complicated. It's simply whacking the snare.

How old are all of you?

We all swap around — guitar, piano, banjo, accordion, ukulele, lap steel, trombone, harmonica and we all do vocals.

I wouldn't say I like all music from the '20s to the '40s. To be honest, there's a lot of shit in the middle. I don't get a lot of white rock-n-roll. I don't stop at 1959-I like a lot of '60s beat and soul music. I'm not really into the '70s, but then I'll be sitting in a club and Stevie Wonder's "Superstition" comes on [starts tapping foot] and my head starts nodding!

So how did you and your sisters get into R&B specifically?

We heard Louis Prima from The Jungle Book [soundtrack] and took an interest in what else was like that. That [song] was more swing, but then we got into Louis Jordan and that's all R&B. There's a lot of artists people aren't aware of, such as Wynonie Harris and Roy Brown.

Where did all this gear come from?

My dad built the desk before I had any interest in any of this stuff. It's pots mounted on a piece of wood. What I don't like about big studio consoles is the crap that your signal is going through — a lot of cheap components. All I need is a volume and pan. 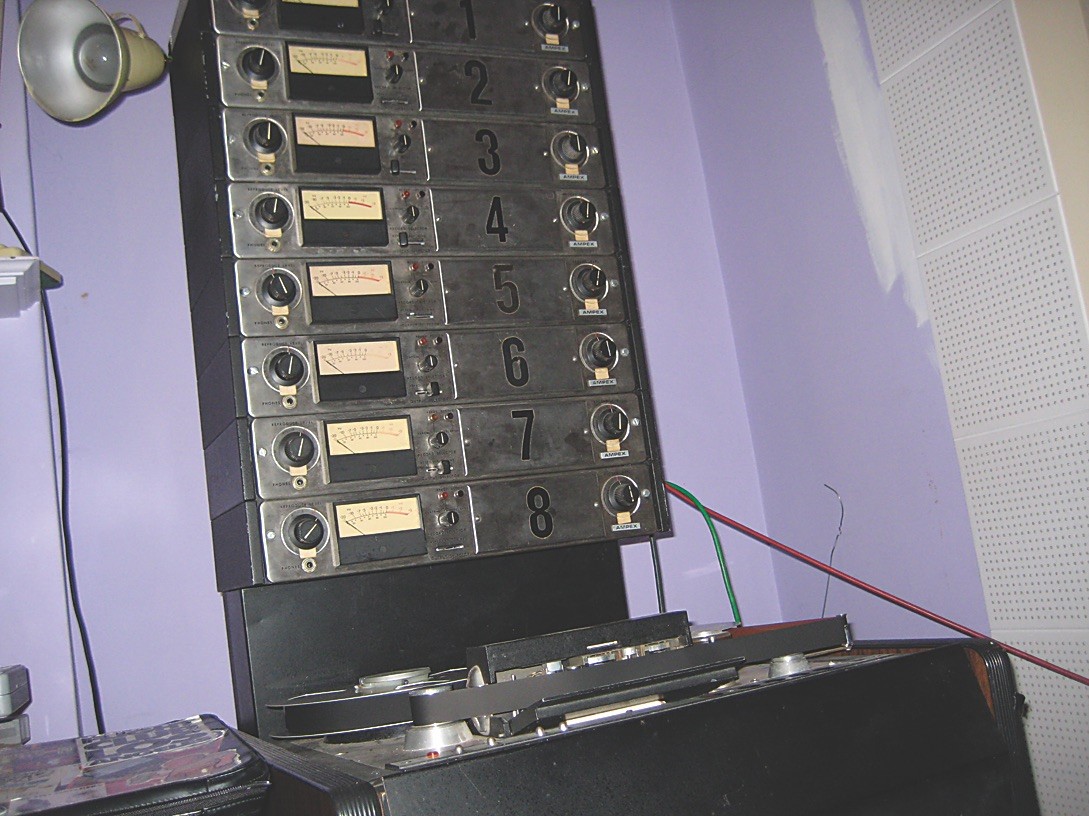 Did working with vintage gear come before doing music?

No, the music came first and I'm not really sure how I got into it. After looking at old pictures I probably said to my dad, "Have you got a tape machine?" He had a lockup in King's Cross and there was an 8-track Studer A80 Mk1. We brought it back to the house and got it working. I didn't really know what I was doing; I simply grabbed a mic and was doing overdubs. I'd have some tracks on sync and some tracks on repro. Then I thought, "I need a mixing desk." One day we were coming out of my dad's studio and saw this desk left over and I said, "Can we take this home?" So we had that and the tape machine. At that point I didn't have a mic amp, I was plugging a [Shure] SM57 directly into the Studer [tape deck] and whacking the record gain up. Then I got a Vortexion [valve mic mixer]. We had an STC 4033A [ribbon mic] and I put the mic in the room with the band and we played. It sounded like shit but we had our first recording!

Does the board have mic preamps or is it purely passive?

It's passive — level and pan. We have RCA BA1A and a BA11a line amps for gain makeup — not even a pair. [The board] goes out into Leak TL/12 [amplifiers] and Tannoy "Reds" in Lockwood cabinets! These are British standard monitors from back in the day.

Does the band record live?

We're all in there at the same time. The room is very small, so there can be a lot of spill, but we usually work with it. Sometimes if the vocal isn't great we'll redo it, but we never build up the parts one at a time. A lot of what we're doing comes from the feel of playing together, so you need to record together to capture the energy. Occasionally we'll add a... 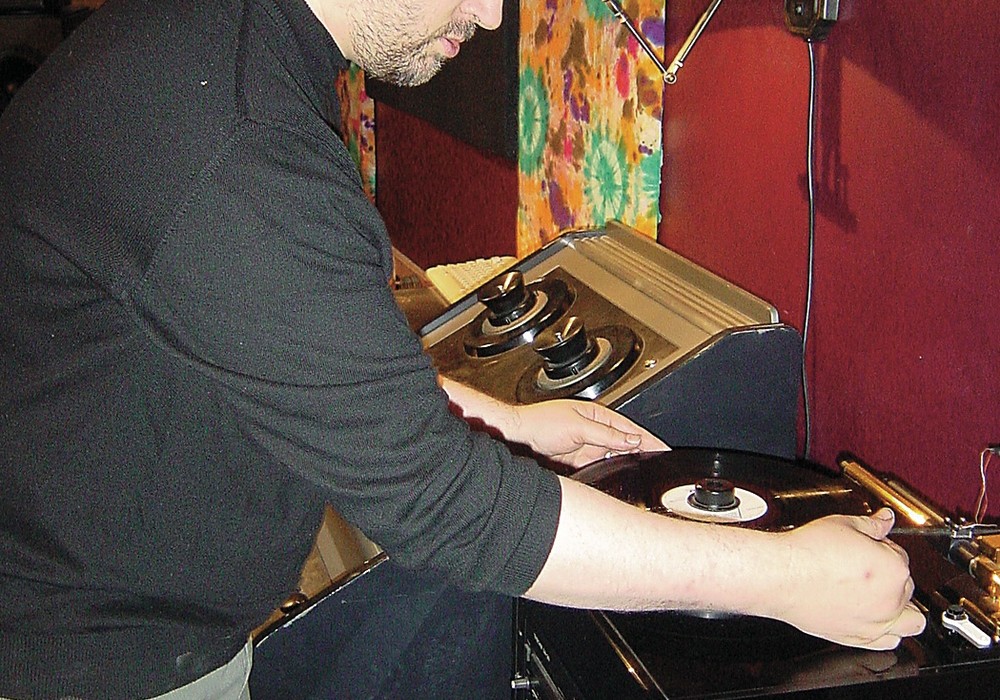