by Bren Davies | Photographs by portrait by Brian T. Silak 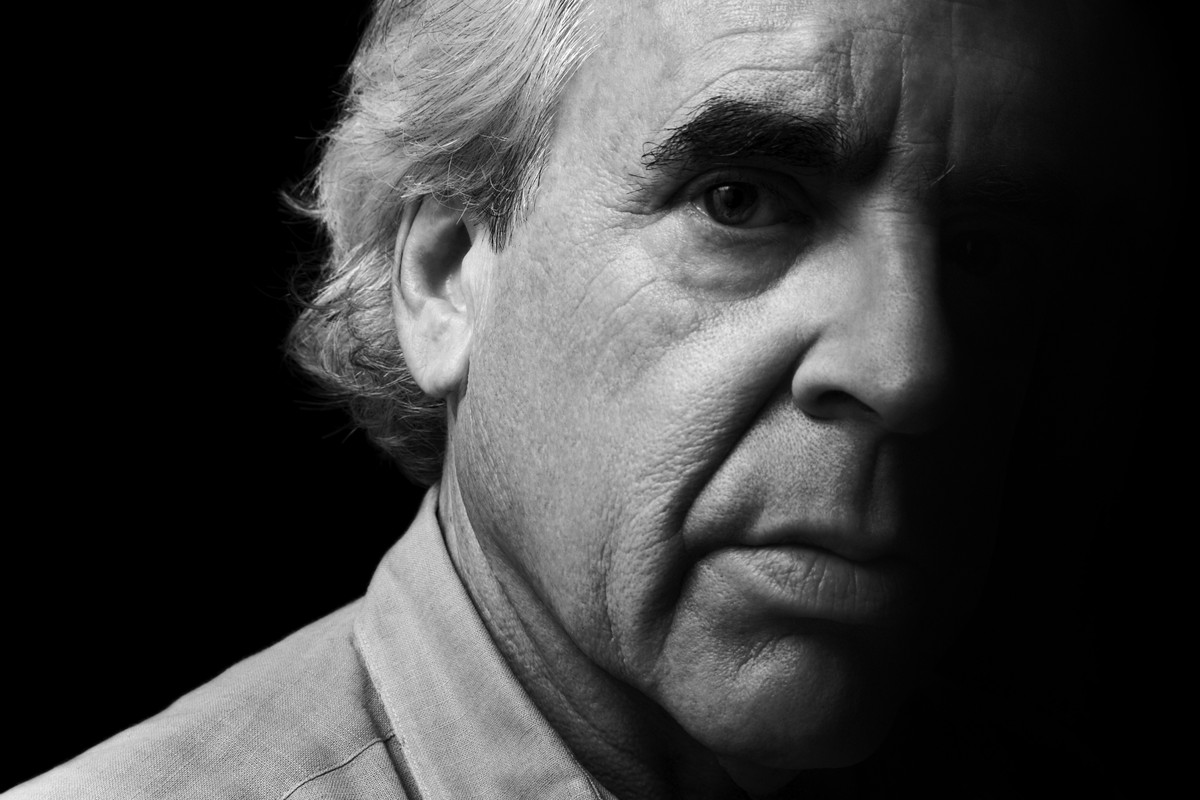 Like Leonardo da Vinci, a person whom he has spent years researching as a personal passion, Elliot Mazer himself is also truly a Renaissance Man. With a career in music production and audio technology spanning four decades, Mr. Mazer has tried his hand — and succeeded — at just about all facets of the music industry. From retail salesperson, to A&R, to producer, to engineer, to studio owner and manager, to studio and room designer, to sound equipment designer and consultant, to record label exec, to audio technology developer, to surround remixer — Mr. Mazer's has been a career which elicits the question, "What have you NOT done?" Oh, and lest I forget, along the way he has recorded iconic albums for the likes of Linda Ronstadt, Janis Joplin and of course, Neil Young. I sat down with Elliot at the end of last year in his new Red Room mixing suite at Steve Rosenthal's Magic Shop Studios in New York City [issue #66]. While photographer Brian T. did his thing, Mr. Mazer shared with me a career-spanning montage of memories, opinions and a lot of smiles. And why not? When you advise Pete Townshend on the surround mix of Tommy or you have an appointment scheduled for later that day to chat on the phone with Neil Young about emerging technology, what's not to be happy about?

One of your earliest jobs was working for Bob Weinstock at Prestige Records. I know you visited various studios back then, including Rudy Van Gelder's place in Englewood, NJ.

Rudy Van Gelder [Tape Op #43] was the first engineer I had the privilege of watching in a studio. He was amazing and the sounds he put on tape were beautiful. I worked with Frank Laico, Fred Catero, Larry Keyes, Don Puluse and others at Columbia. Bob Fine and George Piros at Fine Recording were amazing too — same with Bob Auger in London. All of these people knew their studios and knew how to get great sounds. The guys in Nashville were terrific too. They were brilliant at getting basic guitar and rhythm section sounds. There was a lot of stuff that they were doing that was very foreign to what I had grown to like in New York and London. In the early days, Nashville, Philadelphia and Detroit recordings often had a tremendous amount of compression and massive amounts of echo. Sometimes the levels on tape were either too low or too high — I love distinctive records and am not worried about how other people make records. I started engineering my own records at Cinderella Sound in Madison, Tennessee, partly because Wayne Moss, who owned the studio, was playing guitar on those records. In other studios it was easier for me to move a mic or change something on the console than to explain it to the engineer on the session. I do not want the process to get in the way of the music. That is a big part of my producing effort. New York players worked three- hour sessions, but they were jazz and classical players playing pop and rock. It was so easy for them to do that. In Nashville, many were country players doing folk rock or rock. Often it was a stretch. We cut a famous Beatles tune and one of the soloists told me after the take that he had never heard the Beatles' version. On the other hand, the Nashville players loved learning new stuff. Some of them came from an R&B background. Kenny Buttrey, Charlie McCoy, Wayne Moss, Mac Gayden, David Briggs and Norbert Putnam all had played R&B and rock. Charlie McCoy and the Escorts were an amazing rock/R&B band. I spent most of my time in the studio — not in the control room. I do not like being in the control room during recording sessions. I like being with the band. It gives me a sense of who they are, a sense of what they need in order to get a great performance.

There's a sign over Neil Young's studio that says, "Be great or be gone." I think Tim Mulligan put that up years ago. Tim's been with Neil for many, many years doing wonderful work for him. Getting a great take of a cool song is most important. But my goal is to record as much stuff as possible live in the studio. We often fix and replace stuff, but to me one has to capture the essence of the song in the best way possible. The easiest way of doing this is to make the original session as complete sounding as possible. Neil Young records everything live in the studio. If the engineer distorts his voice and the take is great otherwise, the song could be released with the distorted voice. People like "serial recording," and there are wonderful records made that way as well. For me, rule number one is that there are no rules.

Was Cinderella Sound your first session in Nashville?

I had done a record in Nashville in '63 at the Quonset Hut [Columbia Studio A, originally owned by Owen and Harold Bradley]. I was helping produce Trío Los Panchos for Columbia. That is where I first met the Nashville guys. I worked with the "A-Team" at that time. A lot of my evolution to engineering happened at Cinderella Sound....