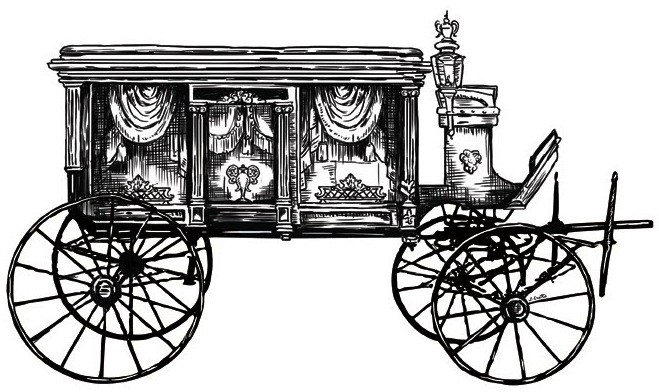 Kevin Ratterman is a musician and engineer living in Louisville, Kentucky. He plays drums in the psychedelic rock trio Wax Fang, and was a member of the well-loved punk band Elliott. For the last decade he's been recording bands and currently runs The Funeral Home studio. In keeping with Louisville's morbid charm the studio really does occupy the top two floors of a working funeral home. Ratterman recently worked with the bands Coliseum, Parlour and California Guitar Trio, and co-engineered the forthcoming My Morning Jacket album Circuital (with producers Tucker Martine and Jim James). He recorded the new album In And Out Of Youth And Lightness by Young Widows and is currently mixing a project with Joan Shelley (produced by Daniel Martin Moore). Ratterman doesn't have many days off, but he generously shared his time to talk about his working process. We were joined by Evan Patterson from Young Widows.

What bands are you working with in the next few months?

Can we talk gear for a little while? When did you install the new mixing console?

I installed the Trident in October of 2009. Before the TSM I had a DDA DRM12 — which I sold to another great local studio.

You've been using a combination of digital and analog formats for a while now — can you describe your process?

I usually track everything live — straight to the 2" machine. I try to get the sound as good as I humanly can so the live tracks are all usable. I'm happy to overdub and replace all day long — but I resonate the most with the live takes. The analog tracks are transferred into Pro Tools at 96k at 24 bit — which seems to capture the recorded tape magic pretty well. I have 32 analog outputs from Pro Tools flying back to the Trident console to mix.

What about final mixes?

Mixes are printed to the 1/4" machine with the repro heads on. I capture the final stereo mix back into Pro Tools through the Burl B2 — an awesome 2 channel converter [Tape Op #79]. Sometimes I go from the Trident (using the B2) straight to a digital file. If a song is really complex I'll mix it in sections and assemble it later in Wavelab.

You just installed a new digital master clock and found that it greatly improved the quality of sound. This seems to be a slightly controversial issue.

Controversial to say the least! I try to not get caught up in all that — I'm just curious about how things sound. I reluctantly allowed my pro audio dealer to send me the Antelope Trinity clock [Tape Op #68] and the difference was absolutely awesome. The sound was immediately better — but I wish it wasn't! I would have rather bought an EMT 140 and a BX20 [Vintage plate and spring reverbs].

What are the main changes you noticed?

A solid amount of new clarity opened up in the lows and mids — which is where my heart lives. I really do feel like I can pop my head inside the mix — it's more three-dimensional. Maybe I'm a sucker though?

You've become very proficient in the PC audio platform Nuendo/Cubase. What led you to switch to Pro Tools recently?

I changed after a lot of long conversations with folks I respect. I have no allegiances except to the almighty music gods! [laughter] With the way records are being made these days (partly in studio, partly at home) having Pro Tools makes the process run smoother. I still have the Nuendo system so I can work on whatever comes my way — I have tons of love for the diehards out there and their chosen platforms. Go for it! Do what makes you feel good! Pro Tools is more aesthetically pleasing to sit in front of all day, but I miss the MIDI in Nuendo quite a bit. Pro Tools MIDI has a lot to learn from Steinberg!

When did you start using the 2" tape machine as the master multitrack?

The 2" gets lots of love. What it does to cymbals and transients is a wonder. I've used tape on every session since I installed the Studer three years ago. Before that, I had an MCI that was beautiful sounding — but it was not dependable enough (especially without a proper studio tech here in Louisville).

Do the bands you work with appreciate why you're adding the analog step in the process?

I definitely think so. When you go to any studio and see people really caring about the end result — not just trying to get your business and move on to the next thing — I think bands appreciate that. I think it gets everyone excited — just physically seeing this giant — heavy —...