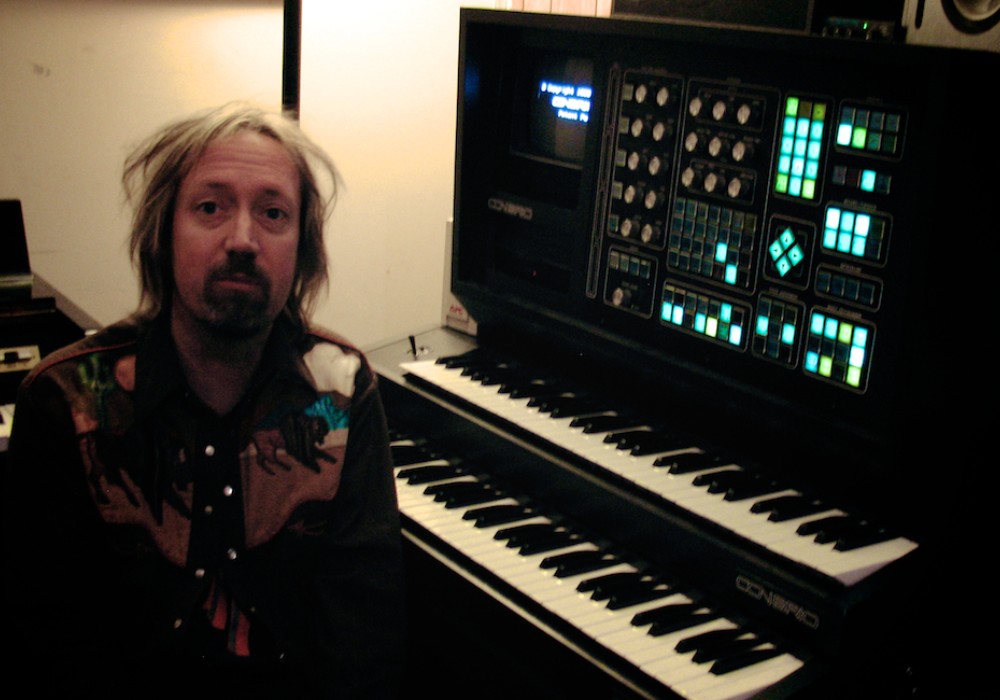 Brian Kehew is well known as the co-author (with Kevin Ryan) of the massive book Recording The Beatles [Tape Op #53]. But he's also been a fill-in keyboardist (and live tech) for The Who, as well as a member of the charming group The Moog Cookbook (with Roger Joseph Manning, Jr.). Oh, and he's played on, engineered and produced a number of albums, plus he's been the Archives Historian for the Bob Moog Foundation. But, as far as I can tell, he also has the coolest job around: combing the vaults of the big record labels looking for unreleased tracks and outtakes, and getting to mix them as well. I met up with Brian at his modest studio in North Hollywood, California.

What is your job?

My job is to find and mix what's not been heard or released. I started as an engineer/producer. I co-produced Fiona Apple's Extraordinary Machine, among other things. I study recording history and I love that stuff. I'm much more comfortable with traditional styles — be it '50s, '60s, '70s, or '80s — than I am with recording styles now. One day I was in the studio working on an album for a friend of mine, Andrew Sandoval — who's also a producer and archivist. The album's producer was Bill Inglot, who's worked with Rhino and Warner Bros. for 25 years. Bill said, "I like the way you record stuff. It's fast; it sounds traditional. Could you make something sound like an older time period?" And I said, "That's one of my favorite things!" So he said, "Great, we're going to do some Doobie Brothers stuff at Capitol Records. We're going through the vaults." They took us to Capitol's Studio B and we went through the outtakes and found some amazing stuff. There are all those Ted Templeman tapes, which are amazing to hear. People with those kinds of skill...

Ted, George Massenburg and Bill Szymczyk are about the best I've ever heard. I put up their tapes and think, "How could George get a bass sound like this? I don't know anyone that could record a bass guitar that sounds as good as that, even with all the gear we have now!" How did they do it? They are amazing. So I began with that one project and made the Doobie's sound like 1974 or 1980; whatever was needed. And I keep on doing those archival projects to this day, 15 years later, for major and indie labels.

These are alternate versions of songs, as well as unreleased songs?

Yeah. To make it clear, one of the things we do not do is remix.

What about taking an album that's been released and re-tooling it?

I haven't really done it. Warner Bros., WEA and all their subsidiaries have this amazing catalogue that is perhaps unrivaled in the world. We go through and find what's there that has not been released. If it's usable, let's say an alternate take with a vocal, we'll mix it to sound good; but we do not remix the released master tapes to make existing albums sound "better," or to sound current. I'm happy not to do that — I call it putting a t-shirt on the Mona Lisa. The only time we've ever done remixes of released masters was when Andy Zax and I went through the Talking Heads' tapes — multitracks for every album — and we found two songs, "Drugs" and "Cities," that had been recorded with a bunch of Brian Eno-isms [Tape Op #85] all over them that were used in the mix only a little bit. This was the only time where were found a remix of the released song to be okay. Not to make it better sounding, but to do a different version of those songs.

Because it could be something different.

It's kind of neat because certainly the Talking Heads' "Drugs" is a very psychedelic song. There were a lot of these cool, weird synth effects on the master, so it came out quite different with those mixed in loudly. The band really liked those two remixes and chose to put them on the box set instead of the originals. Generally, I don't want to put much of a personal stamp on things. If someone used a lot of reverb — like Echo and The Bunnymen, for example — we do copy their style, even if it's not so cool to do that now. We once went through hundreds of Ramones outtakes; I would mix something so it sounded really good to me, then we'd compare to the album and say, "Oh, we have to thin the guitars. We've got to make the drums a little more papery" to match their sound. Not the sound I would choose; but matching their choices from that era.

Turn the vocals way up. [laughs]

In Tape Op #31, West West Side mastering engineer Alan Douches observed that sometime in the next millennium, retro-minded sound smiths will be seeking to recapture "that classic late-century ADAT...