John McBride's Blackbird Studios in Nashville probably has the largest assemblage of recording equipment in the world, and no expense has been spared on the eight rooms or ensuring the quality of his staff. Clients from all over the world, and from nearly every genre, rave about working here. Now John is starting Blackbird Academy, which might become one of the finest music recording programs in the world. On top of that John's wife, Martina McBride, is of course a talented country music star. I had to find out how John started his career, as well as what drives a man to build a studio and school of this caliber.

I know you were doing live sound before starting Blackbird Studios. How did you get into that?

I'll go way, way back. I love music. I'm not a singer, I'm not a player, and I'm not a songwriter. Growing up lower-middle class Wichita, Kansas, in the late '70s, I never considered the fact that you could have a career in music. My dad taught school and my mom stayed at home. I had a great childhood. I went to the bank in the late '70s and told them I wanted to start a recording studio. As you can imagine, they looked at me cross-eyed, laughed, and said it wasn't going to happen. In 1980 I was working full-time and going to school part-time. I went to the Wichita State campus credit union and borrowed $6,000. I bought two speakers, a power amp, a 12-channel Biamp console, a 10-band stereo Biamp EQ, and a 100-foot snake. I also bought two mics: a [Sennheiser] 421 and a [Shure SM]58. I went around to the bars in Wichita and I put up "PA for Rent" fliers. Somebody called, and I started. That's how I got into live sound; it was trial by fire. I loved it, and I worked full-time. I mixed in clubs; by '83 every penny was going back into the business. I didn't care if it was the biggest company in the world or a garage sound company; every penny went back in. I had put together two full club systems, as well as a third monitor rig that was separate. Around 1984 I thought, "If I could borrow $75,000, I could get enough gear to do a concert and make $500 in one night." Remembering my failed attempt at dealing with bankers earlier, I ended up going to the SBA — the Small Business Administration. It took three or four months to put together this proposal that was about an inch thick. They came back to me and said they'd approve my loan, on one condition: my parents had to put up their house as collateral. Their house was their only asset — it was appraised at $75,000. I went home and talked to my mom and dad. I told them that they'd approve the loan but we'd have to put up the house for collateral. My mom and dad said, "We'll do it!" Now I'll tell you, when you start thinking about your parents being homeless, it's a good motivation to work a few more hours!

Sure enough, I started doing shows at the Cotillion Ballroom in Wichita. That's where I cut my teeth. I did three or four hundred shows in that place, bands on their way up and bands on their way down. A couple of years later I met Martina and fell in love. In 1987, I went back to the bank and borrowed another $90,000. I don't know how they let me do it, but they did.

At that point they're going to repossess your gear if you don't pay.

I had a six-month tour lined up with Steppenwolf, Alvin Lee, and Roger McGuinn. We went out on this six-month tour, and had I ever used written contracts? Of course not. Five weeks into the tour, they cancelled with one day's notice and put me in a tailspin from hell. It started the hardest two or three years of my life. I was finding anything and everything that I could do to make money to try to keep my parents from losing their house and to keep the bank happy. In the fall of '89 I'd been married a year and I went out and did three shows; Ricky Van Shelton was the headliner, Clint Black was the middle act, and Garth Brooks was the opening act. Garth didn't have any crew. His manager was on the road with him, and he'd sit with the front-of-house guy and tell them where the solos were. One of my guys wanted to try to get the job doing sound for Garth. I said, "Yes, go for it! Of course you should." He went out and auditioned; they liked him so he got the gig.... 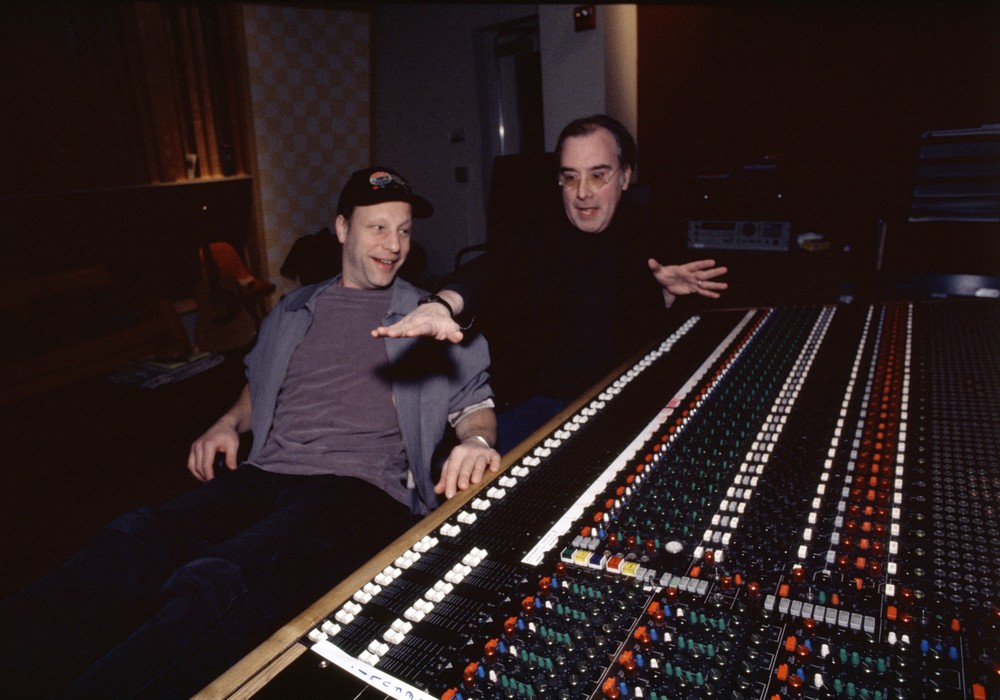