How many hours have we all sat staring at the GUI [graphical user interface] of our plug-ins and rarely, if never, thought about the people behind the math, form and function of these amazing applications? I had the chance to meet one of these very people a few years back. Steven Massey has worked for Digidesign and Trillium Lane Labs in the past; he is now the (so far) sole man behind his own small company, Massey Plugins. Products like the THC distortion stompbox, CT4 compressor, L2007 mastering limiter, vt3 EQ, Tape-Head saturation, TD5 analog tape delay and De:Esser are his flagship items. However, some interesting applications like Talkback (a channel mute for studio communication) and an M/S encoder/decoder also lurk on his personal website. Not only are the plug-ins easy to use, they sound great. The demo versions are free and useable forever, with no beeps or audio drops. All the purchased versions add many features (and 88.2 to 192 kHz support) at low cost.

Did you have the mindset of, "This is what I'd like to see" with you plug-ins?

I don't think I've really thought about it too much. I wanted to keep them simple. Easy to use. I don't know if that was really born out of my experiences with recording. It wasn't like a frustration with the way things were, I just thought it was a good approach to take. It's ultimately more satisfying, because I'm not writing code as much. I'm thinking more and analyzing things.

There are some very opinionated people out there. [laughs] It's frustrating a lot of the time. It's hard to please everyone, but at the same time it's good to talk to those people. It always makes you re-question the approach you took; and think about whether there are some things you could do better. Those are the best kind of people to have conversations with because they make you think about the decisions you made. They challenge you.

Of your plug-ins, which is your personal favorite?

I have to say the compressor is my favorite. There's something to it that you can't really get out of other plug-ins. I'm still like, "I don't know how compressors work!" [laughs] I'm still learning. They're my favorite things to make. I definitely could analyze more realworld boxes to get an understanding of how they work.

Do you analyze audio gear in the analog domain? Can you look at their schematics to figure out why something sounds a certain way and use that in your plug-ins?

Definitely. I've always been involved in electronics and gear, so I have an intuitive sense on how it works. I've built electronic gear, compressors in particular. I've stared at lots of schematics and tried to figure out how it all works. It depends on the approach. I stared at the schematic for a long time for the stompbox plug-in I did — I modeled it in a program called SPICE, which is the standard software for analyzing circuits. You learn how to use SPICE in electronic engineering classes. You can feed in the schematic in parts or in whole, analyze it and see the frequency responses. I start directly translating that to the software pieces, and usually what happens is I get done and think, "Well, that doesn't really sound right." [laughs] It sounds close. But then it's just tweaking by ear. I mean, you could just sit there trying to figure out why it's not sounding like it should...

Is it akin to replacing certain resistors or caps in a schematic layout, like on a circuit board?

Sort of. I feed test signals through the actual piece of gear and think, "Oh, that doesn't match the schematic either. Maybe I'm using the wrong schematic." [laughs] There are so many variables, but ultimately it only matters how it sounds. I imagine a more rigorous engineer would think, "Why is this not working?" and keep going back to the schematic. But at some point I realize, "Who cares? I'm almost there. I'll just make the rest up."

Do you use Smaart, TEF or SIM 3 machines or something like that to do your audio analyzing?

Yeah, just hook [the test device] up to Pro Tools and make some test waveforms, record audio or process. There are all sorts of approaches you can use when you're analyzing a signal. Run it through a FFT [Fast Fourier Transform] and see its frequency content or look at its envelope. It's not just one thing you're looking at. But, I haven't done that a whole lot with the plug-ins I've developed so far.

I heard the only reason you haven't made your plug-ins available for other DAW systems [besides Pro Tools] is that you're just maxed out on time.

I don't have time. I just finished this tape-delay plug-in [TD5]. I tried to test it on as many platforms as possible before I put it out there. I use beta testers, of course, but beta... 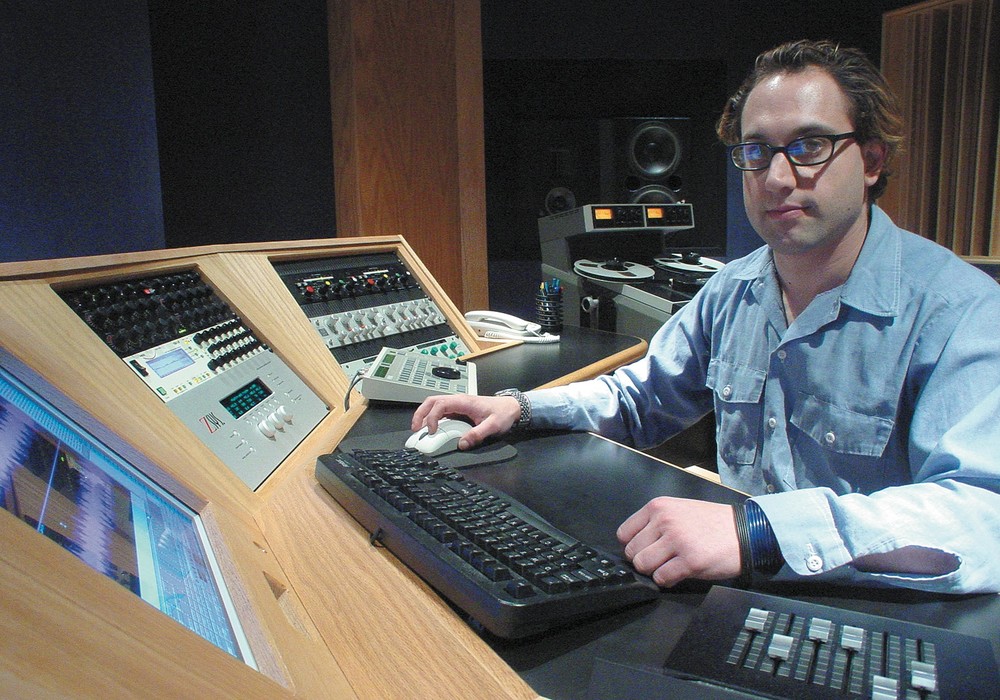