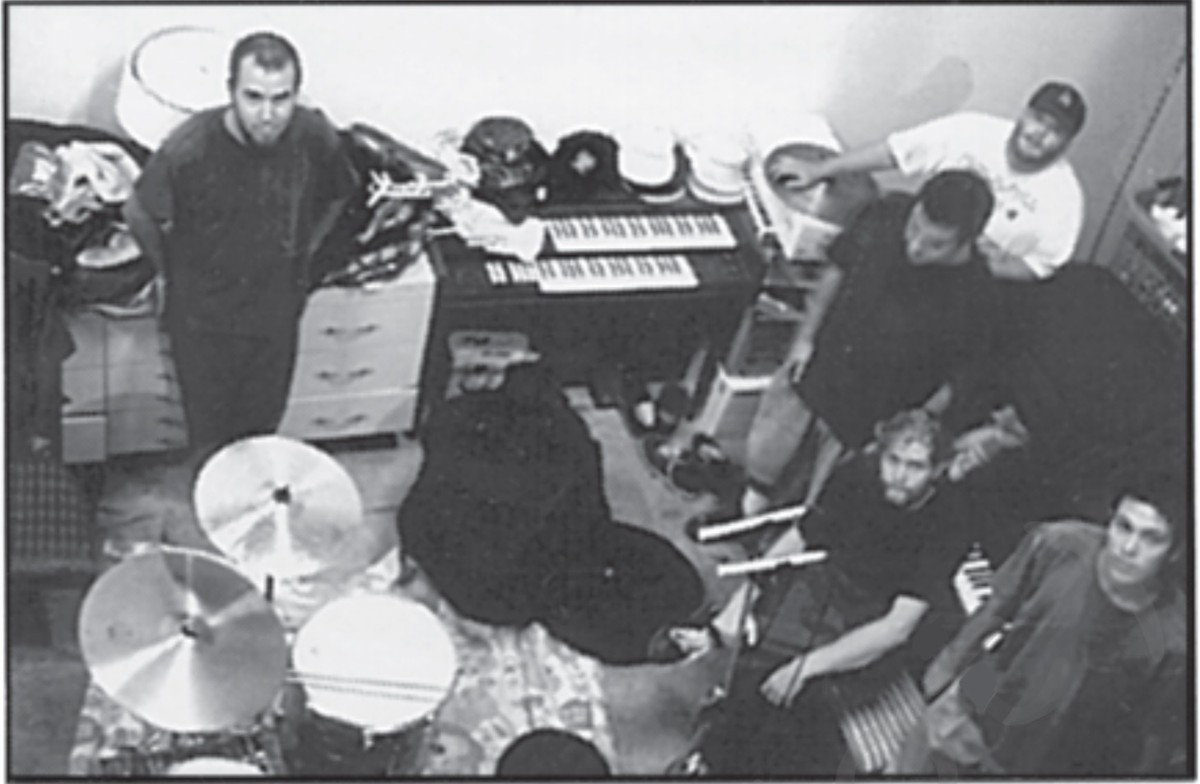 Grandaddy is a band I knew very little about until recently.  I had heard rumors of a band locked away in their own studio in Modesto, a farming town in California's Central Valley, making some mind-blowing records but I had never seen or heard any records until recently.  When I did hear one (A Pretty Mess By This One Band ), I sent a copy of Tape Op to them and got a response right away.  Jason and I chatted a little bit and he sent more stuff to listen to, including their fresh new album Under the Western Freeway  and a cassette of a soon-to-be-released EP called Machines Are Not She.  It's all amazing listening and the recording quality is brilliant.  Then we had this long talk.  Thanks are due to Adam Selzer and Jed Brewer for turning me on to this stuff.

How did you end up with this recording gear working on your songs?  Had you been recording on 4 tracks for years?

Yeah.  I'm sure my story's pretty similar to a lot of people.  I just ended up buying a microphone and a Yamaha MT 100 cassette 4 track.  I had this job where I used to make a reasonable amount of money but it didn't leave me with a lot of spare time.  I would just work and buy stuff... fill up this bedroom at my parent's house... hoping that one day I could just quit and use it all.  I ended up quitting and I got this house with a basement.  I think that's when I really started to write songs.  The songwriting and the learning of the recording process all bloomed together.

So you weren't even writing or recording much but you accumulated this gear and it all came together?

Yeah, it's kind of weird.  The whole recording and songwriting thing... it's almost like they've been siblings.  I wasn't like some huge, aspiring songwriter who needed to get their ideas out.

Had you played in bands or wrote songs before?

Uhh... I started out playing drums.  I didn't really like the whole "band" thing.  I would hear stories about people having to answer ads at music stores... the whole dating service thing.  That never appealed to me.  The people that are in my band right now are people that were my good friends.  People that didn't even know that I played music.  I'd rather have a band full of mediocre musicians and be really good friends than where so-and-so commutes from this town and there's all this pressure.  Varying degrees of potential career-minded people there.

What led you to start acquiring all the recording gear?

The simplest ideas are what led me to it.  I got the 4 track.  I would record things and I would go, "Wow.  That doesn't sound anything near what these things I do like sound like.  What can I do to try and get them to sound a little more like that."  That leads to having to read about the different types of gear and what different things do.  It's kind of been this ongoing quest to make records that I would want to listen to.  I pretty much don't like 80% of the recordings that I've made to date.

Just 'cause you know what you'd change?

Maybe that whole unsatisfied artist-y thing too.  You're never gonna be pleased and you're always gonna just try to better your craft.  It usually turn out that the stuff that I spend the most time on and really labor over ends up not being anywhere as neat or magical as the stuff that you just kind of plopped out and is riddled with accidents.

You had told me before how trying to work out of a different ("real") studio didn't work out for you.  It seems like a lot of what you're working for is avoiding a "pressure" situation.

I think the main thing, which can be said for many facets of life, is the fact that you just need to find out what works.  The studio thing was a real good example too because the two people I was working with there were super nice and it was such a pleasant atmosphere and it was just us three the whole day.  If anything should have worked it should have been in that sort of atmosphere but...  I think I've always tried to be really accommodating.  I don't want to bore the shit out of people and I want everything to chug along at a nice pace.  I guess it would be my problem, 'cause I should just not give a shit.  They're all big boys and they can take care of themselves.  The fact that somebody is there and something is taking a long time... you just feel that pressure.  You just want to say, "Go away for 3 hours and come back."  All of a sudden you're saying go away for another hour and come back.  Shit, you might as well say, "Go away all together."  I found this really good way...