There was a time in the ‘80s and ‘90s when the word “Lexicon” became synonymous with reverb. Like Kleenex, Photoshop, or Google – if you heard, “Just add some Lexicon to that” in the studio, you knew it was time to add some reverb to the track. Released in 1986, the Lexicon 480L was the cream of the crop for reverb hardware at the time; two independent stereo processors (“Machines” in the lexicon of… Lexicon!) with 18-bit A/D and D/A conversion helped give the 480L that “expensive” sound it was known for. While mostly known for its glorious, long reverbs, as well as short ambiences and rooms, the 480L was also capable of delays and modulation effects, making it one of the first true “multi-effect” digital units. All this power came at a price; the 3 rack space 480L and the LARC (Lexicon Alphanumeric Remote Control) cost over $10,000 when it came out, so it was firmly in the camp of pro studio installs only.

Enter the good folks at Universal Audio, who have created the only official, Lexicon-endorsed plug-in of the classic 480L hardware for their UAD platform of interfaces and expanders. Meticulously modeling the original 480L algorithms, as well as the sound of the I/O converters, while using the layout of the LARC as the graphical interface for the plug-in, the UA 480L brings the power and sound of the original hardware to anyone with UAD hardware for only $349.

There are five algorithms in the 480L from which the Programs are built. These are: Reverb, Ambience, Twin Delays, Random, and Effects. Each algorithm has its own group of parameters for shaping the Programs. When stepping through the Programs, which are organized under Banks (ten Banks consisting of ten Programs each) and grouped by algorithm, if you are at all familiar with the 480L hardware it becomes instantly apparent that UA have nailed the modeling of these iconic sounds. Vocals take on a depth and dimension when placed in a Random Hall patch. Drums get that “big ‘80s ballad” explosion on backbeats, or sit in a small room that sounds convincingly real for an algorithmic space. The Programs in the Ambience Banks were designed for post production (film, television, etc.) work; these are some incredibly realistic sounding spaces that are the types of environments many people use convolution reverbs for today, but with the Spin and Wander parameters incorporated in the algorithms, these modeled places have the subtle movement that occurs in a real space, rather than a static ambience snapshot of an impulse response. The Twin Delays and Effects Programs range from subtle doublers to wild, cascading delays; you can use these algorithms to build phasing delays, tremolos, and modulated reverse/gated effects – definitely more than you might expect in just a reverb unit!

I found myself gravitating to the Random algorithm to create spacious vocal reverbs that have enough movement in their tails to keep them audible in a mix (yet not becoming distracting). The Plates and Rooms programs (created with the Reverb algorithm) are fantastic on snares and toms; these sounds definitely have a bit of a dated quality to them, especially when compared to a number of current algorithmic reverbs, but there’s also something rather endearing about them, particularly having grown up hearing and using the original.

The LARC is perhaps just as iconic as the 480L itself; this wedge of plastic with its six sliders, chunky buttons, and red-on-black LED display was instantly recognizable in any photograph of a studio, where it was generally given pride-of-place on the center section of the console. As this was also the only way to control the 480L (there were no controls on the rack other than a power switch), it makes sense to use the LARC as the basis for the way to control the plug-in. The parameters are better grouped on the UA version of the LARC, as they weren’t limited by the physical capabilities of the hardware, but I’m not entirely convinced that this is the best or easiest way to interface with the plug-in; the LARC worked because you could have two hands on it moving multiple faders simultaneously while paging through parameters or changing programs. Without that direct, tactile control of the plug-in UI, there’s a lot of mousing and clicking involved.

There’s a reason the 480L became one of the most revered digital reverbs ever, and it’s that sound and the depth of editing that is available within the algorithms that UA have really captured here. If you need that lush, modulated reverb that sits in a mix and just feels “right,” this may be the reverb for you. 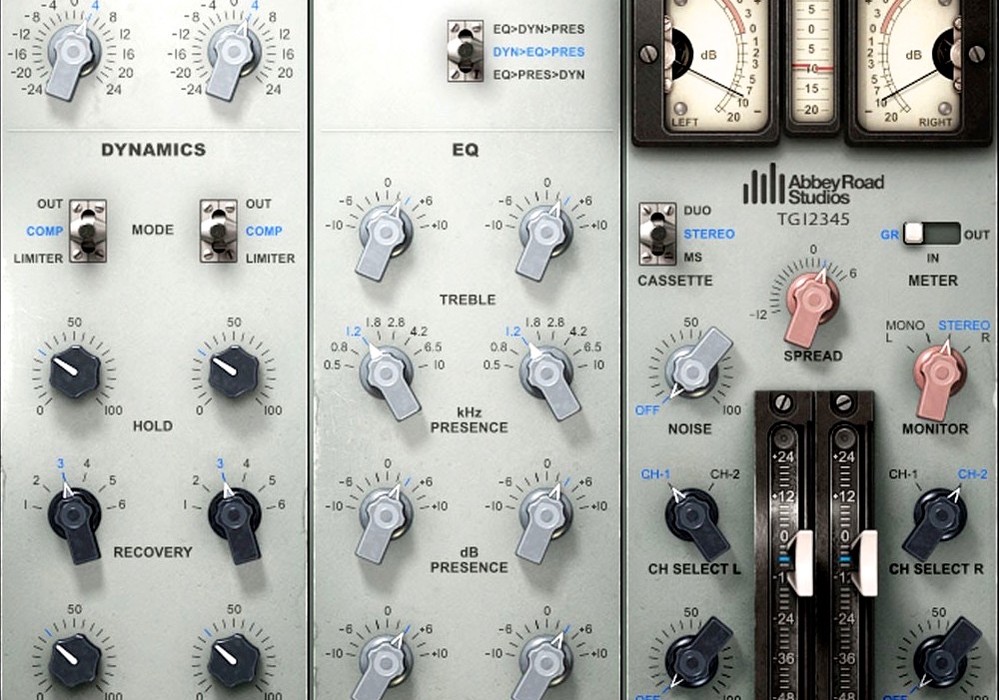 This is a simple little plug-in that does one thing extremely well - it gets other stuff out of the way. It does that by employing a unique and elegant method, creating a reverse EQ profile of...