Many of us don't have the means to afford a rack full of processors to do all the things we need to do as practitioners of our field. So instead, we end up making compromises, oftentimes buying gear that is capable of performing more than one task, but not necessarily with the fidelity or control that single pieces of gear might afford us. When I first picked up my BSS DPR-944 a couple years ago, I bought it because I needed a multipurpose box with a tunable gate and a decent compressor that could also work as a de-esser. I couldn't afford to buy many boxes to perform the functions individually. Little did I know that this unit would remain such an important part of my arsenal of processors - even as my racks filled later with no-compromise, single- purpose boxes costing many times more. The DPR-944 is a 1U box with four discrete processors: two gates and two compressors. Unlike most gate/compressor combos, the rear panel has four sets of balanced I/O connectors. The gate does not feed the compressor. Therefore, you can use the four processors independently. Each gate has the typical threshold and release knobs. A depth switch allows you to choose the amount of gating, and an attack switch provides you with the choice of fast or slow rates. A knob for sweeping the center frequency of a bandpass filter, in conjunction with a switch for the filter width, allow you to EQ the key signal. Therefore, you can "tune" the gate to follow a certain pitch. This is really nothing new. There are many gates that allow you to tune to the key signal, but they're usually not available in a compressor/gate combo. The DPR-944's compressors, on the other hand, are somewhat unique. They are frequency-selective compressors. Like the individual bands of multi-band compressors, each of the DPR-944's compressors allows you to choose a range of frequencies to compress. Alongside the "regular" compressor controls - threshold, ratio, release, and gain - there are two additional knobs: frequency and width. You use these to parametrically choose what part of the frequency spectrum you want to compress. The obvious use of frequency-selective compression is de-essing. It's a no- brainer setting up the DPR-944 to clamp down on the sibilant, higher frequencies while leaving the lows and mids untouched. You can't do this with a regular compressor, even if you sidechain an EQ. (Sidechaining an EQ to a regular compressor lets you choose when the compressor reacts, but the sidechained compressor will still compress across the whole spectrum when it does kick in.) A less obvious use of frequency-selective compression is adding clarity to an overly "muddy" track. For example, if you've got a kick drum whose "thud" is too blurry or gets in the way of the bass guitar, you could try EQing the lower mids out of it. But doing so would have a detrimental effect on the resonance of the drum. By compressing the lower mids with the DPR-944, you can clean up the thud without hurting the resonance. Same goes for acoustic guitar. If the big chords are too boomy, but you don't want to EQ out the nice ring, use the frequency-selective compressor to control the big booms on the strums while letting the sound of the body ring out. As if the tunable gate and the frequency-selective compressor weren't enough, the DPR-944 will also operate as a parametric bandpass EQ (although not at the same time as a compressor). It's the Swiss-army knife of dynamics processors. But instead of it being a bunch of compromised tools in a single package, each individual tool is more useful than what you'd find in single-purpose units at the same price point. And of course, the unit sounds great! I use my DPR-944 on virtually every session. ($899, www.bss.co.uk)

The 220 is my first choice for anything I want or need to sound transparent. It has that ultra clean character that sounds great on acoustic guitars, shakers, hi-fi vocals etc. Functionally, this unit...

Like the rest of the Portico series, the 5043 two-channel compressor is a half-width, 1RU-height design that can be racked horizontally or vertically. Each channel has the expected controls for attack...

I get a lot of letters asking "what should I buy next?" I'm hardly ever in a position to give such advice. But I also get questions like "what's a good starter compressor?"- which is a bit easier to...

I first became acquainted with the Lexicon 224X digital reverb in Studio One at the Strongroom around about 1989. It was the first time we had made that level of investment, and back then, Strongroom...

About a year ago, several of my peers were involved in an audio geekfest here in Nashville centered around a shootout between several vintage Neve 1073 modules and a Vintech X73. I wasn't able to...

In his review of the J99 and C84 preamps from Seventh Circle Audio, Chuck Hanning touches on the design and assembly of SCA's preamp kits. The first time I met SCA founder Tim Ryan at TapeOpCon a few... 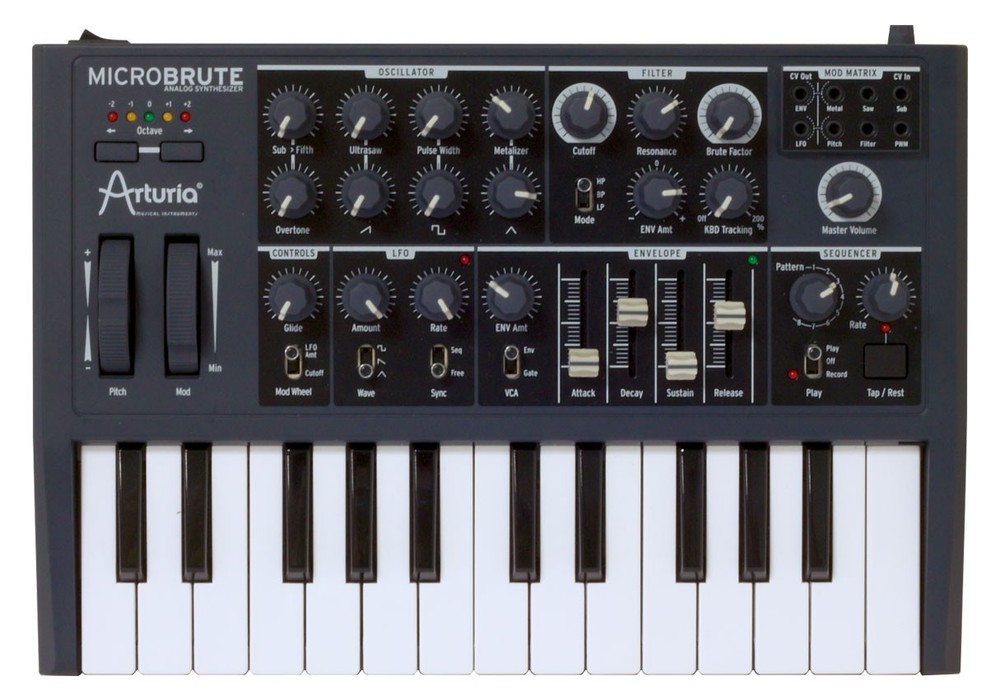 Here is Arturia's affordable and highly desirable analog synth, the MicroBrute. The little brother to their MiniBrute synth, the monophonic MicroBrute has a new modulation matrix with control-voltage...