I keep trying to think of a catchphrase that Focusrite might seize on and use to promote this dandy little unit. Something clever and funny and unexpected. Given that it streets for only $600, I had wanted to think this thing was going to be "cheap and cheesy," a cartoon version of real, serious gear, just kind of barely there... but I was astonished at its ballsiness. Honestly, this 1U-height, 8- channel mic preamp (and more) is perfectly suited to any-every and all-8-track digital recording where the point is to make music. Or analog recording, if that's your thing. Can't say it any plainer. Turns out rather than being merely a stripped-down version of the original OctoPre "classic," it's streamlined and much more useful. Gone are the dopey one-knob-does-it-all compressor/limiters for each channel. Instead, the faceplate sports eight balanced/unbalanced 1/4'' line inputs-plugging into any one overrides the corresponding mic connection on the rear and adjusts the gain to match line levels. On channels 1 and 2, flip a switch, and you've got high-impedance direct inputs for instruments like guitar and bass. Channels 1 and 2 also feature a Low Z switch to reduce input loading-great for pulling extra flavor out of some mics, especially ribbons. Phantom power for the mics is global- oh well, something had to be "cheap and cheesy" to hit this pricepoint! And every channel has a balanced line output via eight TRS jacks on the back.

There's also ADAT I/O-yes, input as well as output- and wordclock I/O. Here's how the converters work. Whichever analog inputs you have selected (mic or line/instrument) always feed the A/D converters and go out the ADAT output. Normally, the aforementioned eight TRS jacks on the back are the outputs of the mic preamps. Therefore, if you've got your digital recorder connected to the ADAT out, you can connect the TRS jacks to a mixer and use all eight of them for zero-latency monitoring. But that's not all you can do. On the back of the OctoPre LE are two switches that allow you to assign the ADAT input-four channels at a time-to the TRS jacks. For example, you can route tracks 1-4 from your digital recorder to line outputs 1-4 on the OctoPre and use line outputs 5-8 for zero-latency monitoring. Or swap the two groups and get zero-latency monitoring on outputs 1-4 while playback's on 5-8. Or assign playback to both groups, and use the OctoPre LE as an eight-channel D/A converter. All this while the A/D converter continues to be active on the eight mic/line/instrument inputs.

Think about it (while you're mulling over the hypnotizing phrase "$75 per channel"); you can have your choice of eight mic preamps effortlessly interchangeable with eight balanced or unbalanced line inputs, eight A/D/A converters, two DI's, low-Z impedance adjustment, and on one channel you can flip the phase. There is also-and it's a big also-a cool late-night-blue VU meter selectable to any output, for quick at-a-glance checks of any level. This meter is wickedly responsive, displaying the sharpest attacks with blinding speed. The needle literally disappears until you see it up at zero. You think it's not too shabby, ah?

I know what else you're thinking... how do the preamps stack up? Let's put it this way. The low-frequency response is thunderously effective in the way of the most recent modern preamps, capturing as sounds things that are really more vibrations, more felt than heard. The sound of a dinosaur's crashing footsteps is more in-the-ground quaking than pure audio, but this machine will give you that audio, if you live to tell. In consideration of that, on each channel, a serious low-cut on/off filter will shave away most everything below 120 Hz, expertly calibrated to leave you with clear, natural "movie-stage set" kind of sound. You do not miss, or notice, what is not there. The midrange response is even and convincing; the highs are open, accurate and transparent, crisp but not brittle. But not all the time. Up to about 8 1/2 is pure, clean gain. 9- to-10-land has a fun, colored springiness and bounce. And dig this... you really can take the output of one channel and run it into the input of another channel and get perfectly usable, distortionless hyper-amplification. Not that you should try this at home. Total harmonic distortion tops out-tops out-at 0.003% at total blistering crankage and averages-averages-0.0006% under most conditions. Frequency response from whale-song lows to dog-whistle highs is flat within 3 dB. Come on people now-if you ever feel like multitracking audio, while mixing different sources together, you don't need to be a caps-lock kinda guy to see this range of performance at this price point is totally AWESOME!

Using this out in the real world, it's every bit the match of my Sytek preamps, which a lot of people take for a defacto standard of some kind of quality level. Even the difference between it and my Grace 101 (which is $500 for a single channel) is painfully obvious only in the most exacting, rarefied cases. For the kind of live concert recording I do-jazz bands or symphonies or choruses or bluegrass or folk or country or jam-the results have been pretty interchangeable. I track onto an Alesis HD24, which allows me up to 24 tracks, and adding instantly eight tracks for one rackspace has opened up all kinds of cool possibilities for room mics, ambience, stereo audience, surround audience, etc. If this were your sole preamp for an 8-track recorder, it would be more than fine. That is to say, you've got to have a very sophisticated and more hideously expensive rig than I do before this is the weak link in the chain. If you're still hunting to find something "cheap and cheesy"... the gain is only 60 dB, so you'll need to crank those dynamic mics right up full, you poor, poor baby.

You could quibble all goddamn day about this or that spec or feature, or get into its phase accuracy, or why there aren't two channels with phase reverse or simultaneous metering on every channel or whatever-fine. All I know is, when the FedEx guys dropped this off for me to review, I was kinda lax. The first few times I fired it up, I had an attitude. And speaking of that, I do have a criticism. There's a graphic detail on the faceplate, a double f centered on the Channel 1 controls but overlapping on both sides. It looks like the remains of a sticker that was only partially removed. [It looks like a tan line to me. -AH] I think it looks pretty stupid. Other than this lone perverse artistic faux pas, the design is pleasingly crafted. The gain settings are very easy to see under low light, and the rice-grain buttons that illuminate when engaged are a joy.

When I mounted the OctoPre LE in my rack, I used rubber grommets because of course I would be sending it back. Not anymore. You'll have to pry it out with my cold, dead fingers. Doh... you know what I mean!

We have a Daking console here at The Hangar and a pair of his FET compressors that see near constant use, so when Geoff Daking and Brad Lunde at TransAudio Group offered to send us a pair of Mic Pre... 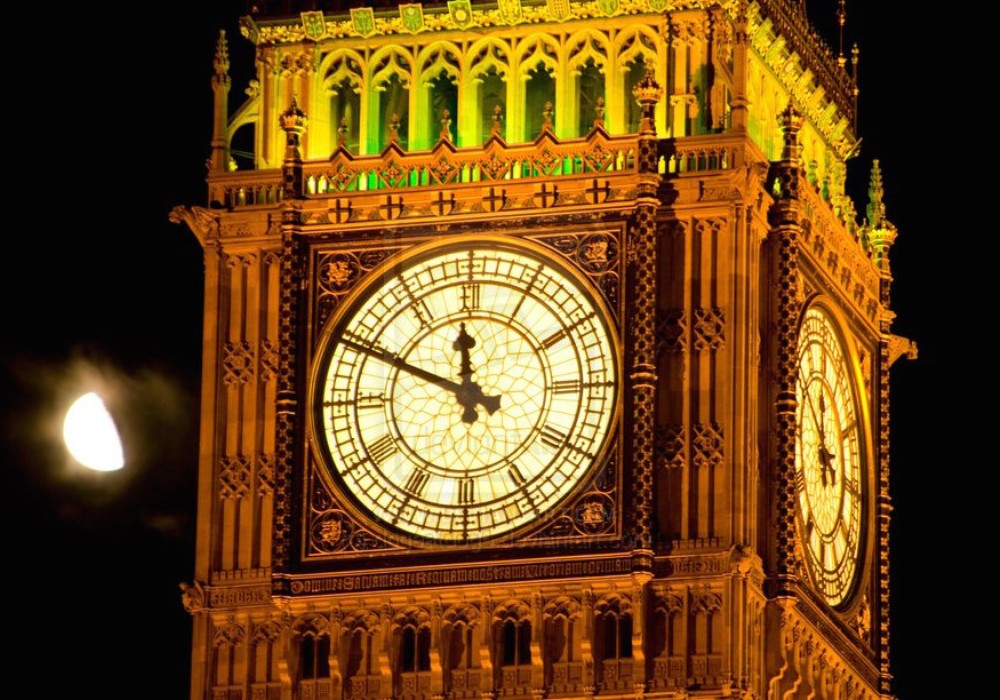 Master clocks are a near necessity if you own multiple digital audio devices that are interconnected. Sure, you can forgo a master clock and just chain one digital device to the next, each...

The VT-3 Voice Transformer: A review of Roland's new hardware take on the classic vocoder sound

When Roland's AIRA line was announced at NAMM last year, it was the buzz of the show, mainly for the new instruments inspired by the classic TR-808, TB-303 and SH-101. The VT-3 seemed a bit like the...

Doubtless the most famous microphone preamplifier in history, the Neve 1073 has spawned countless imitations — from cheap knockoffs to component-precise replicas. The sincerest flattery has been...

Rupert Neve is a name that's been around in the recording world for quite a while now, and it holds a lot of weight. Few names are as synonymous with audio design, but when it came time to release a...