The Dangerous Master has taken my mastering console up quite a notch. Integrating it with the Dangerous Monitor (Tape Op #34) has truly given me the processing and routing capabilities I've always dreamed of but could never afford. That's not to say that the two pieces together don't come with a hefty price tag-they do, but I shopped a similar setup some ten years ago, and the prices I was quoted ranged from $25k to $50k. Yeah, no kidding-"For a glorified stereo preamp!" I thought. Of course, the power and control the Master gives you is so much more than that. For less than one-third the price of those custom consoles, the "buy in" is well worth it. In fact, just when I had perfected my digital chain and thought it couldn't get much better (to the point of where I started to sell off some of my analog chain), along comes the Dangerous Master to make me question my decision. So what is this Master? Some magical piece of outboard gear that will fix any mix? No. Some wonder box to process the two-buss beyond belief? Closer. A mastering engineer in a box? Nope. It's the perfect complement to the Dangerous Monitor and the other half of the equation to complete the heart and soul of a mastering facility-the quintessential mastering console.

The Master provides you with two switchable inputs with separate L/R level control, three insert loops, sum & difference processing, input monitoring level offset, stereo-image width control (for the M/S section), and an output gain control. On the whole, this doesn't sound like much, but add a couple compressors, equalizers, and de-essers, and you have much greater control over the stereo field than conventional L/R processing could ever give. This is the same control that the top mastering facilities have, with the same build quality and design expertise of the man himself, Chris Muth, who designs and builds the Dangerous line along with his partner Bob Muller, two of the nicest guys you'd ever meet in the industry. It's no secret that Chris was the technical director at Sterling Sound (one of New York's largest mastering facilities) for years. He designed and built many of the mastering consoles used by Sterling's engineers and countless other top mastering studios as well. So his ability to grasp just what the mastering engineer would need and distill it down to a 2U-rackspace box makes perfect sense. In reality, the design of the Master is a combination of not only Chris's knowledge, but that of the many mastering engineers with whom he has worked over the years. This product is refinement at its best.

So how do you work this box? First, take a source from your D/A converter or analog tape machine, and bring it into one of the two inputs; here you can adjust L/R balance and overall level of the incoming signal. Next in line are the three stereo send and return loops. Stick an EQ on insert 1, a compressor on 2, and another EQ on 3. At the push of a button, any of these are inserted into the chain. EQ before the compressor, or after the compressor, or both-nice and easy so far. Within the second insert is an additional loop that allows for sum and difference processing (also known as M/S processing or mid/side). Now this is where it gets interesting. Just hit the S&M button (cute, huh), and you have the power to manipulate the center field separately from the sides and vise versa. So what does this mean to the engineer? Plenty! When you stack, say, an equalizer and compressor on insert two, you could compress just the center to control the kick and vocal but not pull down the sides; compress the sides to control the stereo panned guitars and cymbals and leave the center alone; EQ the harshness out of the cymbals on the side but never take the clarity out of the vocal; de-ess the vocal in the center but never touch the cymbals on the sides; or go ahead and EQ those cymbals but no need to touch that center image on the vocal you just perfected. You get the picture. The variations are endless and allow an unprecedented degree of flexibility compared to your typical L/R stereo processing. Want to take it a step further? The Master also gives a stereo image width control to move the sound "beyond the speakers" as they say, or to pull the center image level up or down. Need that vocal and kick a little louder? Or maybe tuck it back in the mix? No problem. Of course, this is just a couple scenarios of infinite equipment setup possibilities. Choose your order, stack your gear, go. On top of this, the Master gives you a level offset control so that you can raise the gain (or lower it if necessary) of the unprocessed signal to reference it against the work you are doing. No more getting fooled by level differences. At the push of a button, A/B the processed path against the unprocessed path to get an accurate view of what you are doing. At the end of the chain, you have a master stereo output level control to make sure that you hit your A/D at just the right level.

So how does it sound? I always have trouble describing the sound of something that has no sound (or shouldn't have a sound anyway). That's not to say that the Master is sterile and lifeless-far from it. People who are familiar with me know that gear doesn't stick around Silvertone too long unless it has some form of euphoric mojo, vibe, or funkiness to it. I can say without a doubt that the Master has truly breathed new life into my analog chain and that working with said gear has never been easier. Another thing I noticed was that I could hear the differences in my A/D and D/A converters so much easier than before, which took me a bit by surprise. Now choosing which converter to go with for each session has become effortless- just another way in which the Master has made my job easier. The only negative I've encountered with the unit, and this has more to do with the fact that levels are through the roof these days, is that the input monitor offset (used to compare source material pre and post-processing) is sometimes not enough. Even with 8 dB of gain, if the mixes are printed too low or the reference material we are trying to match is too loud, it can still be off by a few dB. This really has more to do with where levels are at today and/or improper engineering than the Master itself. In most cases, the 8 dB is more than enough.

After using the Master for the past several months, I cannot imagine working without it. (Needless to say, this unit won't be going back.) If you want to achieve similar results as the top mastering facilities, you need the Master-period, end of story. There are those who would argue about the use of relays in the signal path and that only using passive circuits is the way to go, etc... and for every one of those who would hop on that bandwagon, there is a counterpoint to those design philosophies-it's endless. The bottom line is, I do not hear any sonic degradation to the signal whatsoever when using the Dangerous Master-just the opposite seems to be true. In fact, many of my clients have commented that they've never heard their songs sound so good through the playback system, so that in itself is the real testament here. I know I've never heard my system sound better, and in the past, I've used both passive and active "consoles."

With stepped controls throughout, accuracy and repeatability are not a problem for the Master. Again, the boys at Dangerous spec'ed the Janco NASA grade attenuators (some of the best in the world) along with other top-of-the-line components to give you a build quality that will probably outlast anyone in the industry using this gear today. I really can't say enough on the quality components and sonic integrity that Dangerous use in their designs-only that it doesn't get much better than this. ($5499 street; www.dangerousmusic.com)

About a year and a half ago I decided I needed to upgrade my modest home recording setup to something more professional. I have experience recording on analog gear as well as ADATs, and at home I'd...

Like a lot of people, I've been watching the trend towards DAW mixing "out of the box." Systems like the Dangerous 2-Bus were pretty appealing, but then I started seeing these old Neve broadcast...

Two of the biggest issues with recording at home are trying to protect your ears from the drums pounding and amps blaring only a few feet away and attempting to hear what you're recording while...

From the requisite hand-wired boutique pieces of the ‘50s and early ‘60s, to the large format commercial consoles that followed, and then right into the modern project-style studio,...

Before considering any gear, I like to poke around the web for reviews, articles, and forum activity. I found very little talk of the m902's performance for pro audio applications. Most of the...

So I get home one day to find both an Allen & Heath MixWizard3 16:2 DX and a PA28 waiting for me. Combined with my Mackie 24•8 and the other mixers around the house, this gave me about...

Manley Laboratories had been building custom mastering consoles on a case-by-case basis, but the waiting list grew too long to manage. (I know - I've been on it.) In a nutshell, it takes a long... 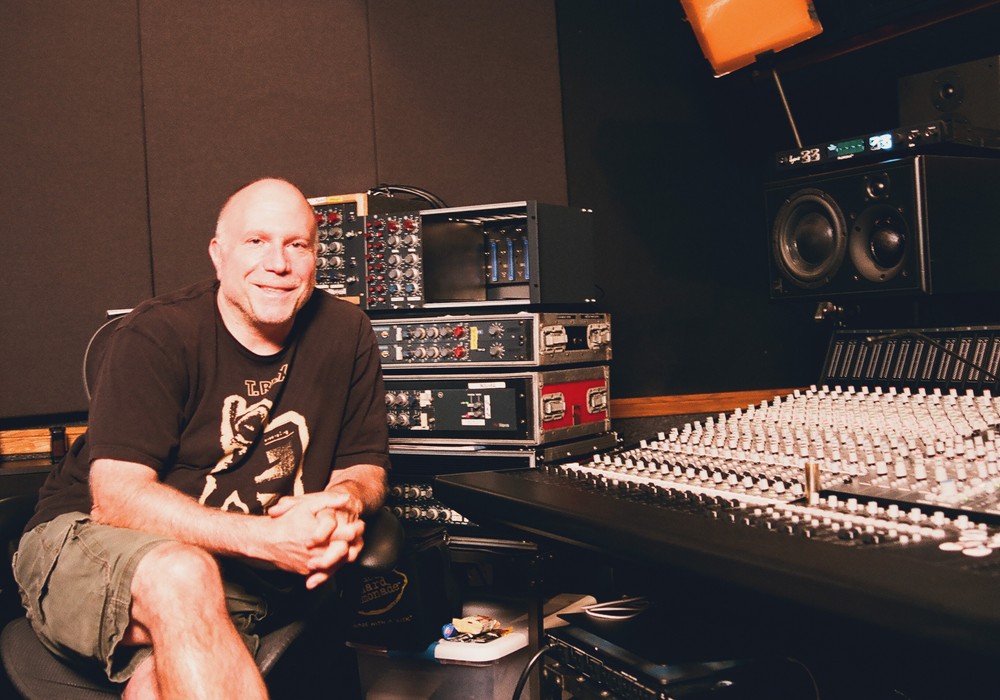 At the 2019 AES show, Solid State Logic introduced their super smart Origin, an all analog console for today’s (mostly) digital workflow. The Origin has a ton of features cleverly designed for...