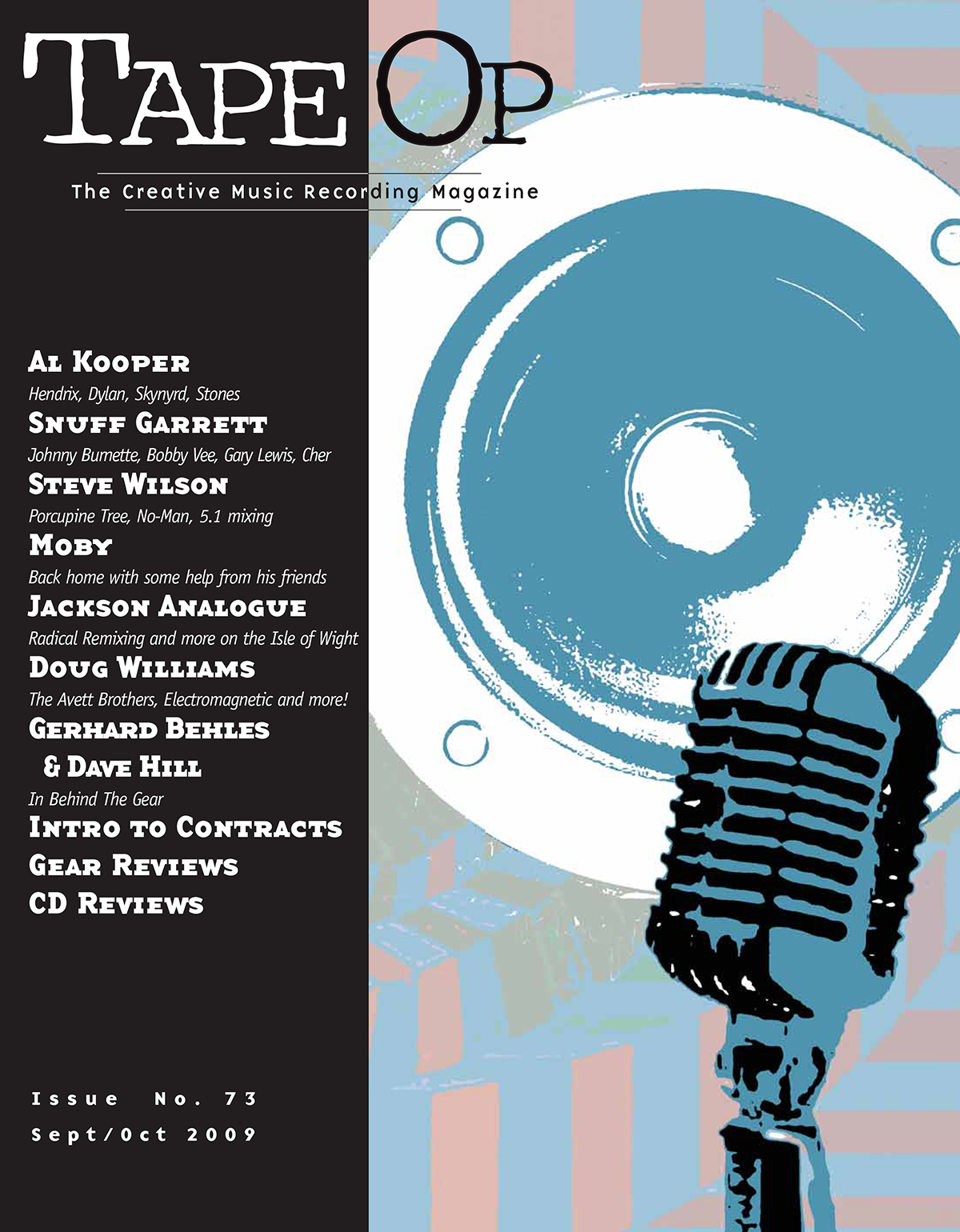 We've lost a few innovators, musicians, recordists and peers in the last couple of months. Our hearts go out to their families and friends. -LC

Mark, owner of the Gray Room Recording Studio in Glendale, Arizona, passed away unexpectedly in July. I first met Mark at the inaugural TapeOpCon in 2002, where we discovered we had much in common when it came to bands and friends in Arizona. Mark helped with the next six conferences and was instrumental in driving students to our humble event. Two years ago he offered me a job as an adjunct faculty member at Scottsdale Community College, where he was heading the recording department. Mark's skill as a teacher and his ability to relate to the students was unmatched and he was instrumental in creating a great program with limited budget and resources. Mark was also a talented guitar player and a fixture in the Phoenix music scene. His sudden death is a great shock to all of us here in Arizona and we are currently rallying the music community to help raise funds for his wife Robin and his two teenage children, Alex and Chelsea. (If you'd like more info on how to help out, please send an email to: contact@dustysouthent.com)

I knew Jim Dickinson long before we ever met. Like a lot of musicians of my generation, I bought Big Star's infamous Third/Sister Lovers record which fell on me like love from the first groove. The sound on the record gave me many answers I had been looking for, but posed an equal number of questions that only one man could answer. We got in touch.

Over the nearly 20 years I knew Jim, he spoke with me generously about the endless refinements of music, folklore, chicanery and of the things to which poetry cannot do justice. Jim had insight into them all. He hated lazy ears. He wooed nature and conjured sound but he would never pimp you out in the service of his own ego. He loved musicians and thought of himself as an ally in the fight against a music business that often tried to confuse and exploit the wellspring of its success. I think he was fascinated with anyone who could make the air move. It was hard work, and often for Jim it did not pay well. But when you got lucky, that air could become a distant second-line beat or calamitous blues. Do it right and you were defenseless against it. Jim knew better than anyone, it was bigger than all of us.

The enormity of Jim's contribution to music in general could be haggled over and studied for the rest of time. He wouldn't want a laundry list. I can tell you from personal experience that he changed a room when he walked into it. That might be the most important skill anyone in a recording session can have.

Earlier this year I called Jim and we found ourselves talking about the horrendous state of the business of art and what it takes to stick with it. "You know," he said in his graveled clip, "you get to point where you know you can only press that red button so many more times. So, it's got to count."

Les Paul had an amazing life, or rather, lives. We have so much to thank him for — our patron saint of recording. The still mind-boggling recordings that he made in his garage, on equipment that he built himself, sold millions. The technologies that he invented, innovated and furthered (the solid-body electric guitar, multitracking, looping, tape delay and so much more) are that much more useful because he was a practitioner. He made people happy by performing music his whole life. He had such a wealth of acquaintances, from Django Reinhardt to Jeff Beck, and his supply of anecdotes was seemingly endless.

All of his accomplishments, the sum of such massive energy, intelligence, curiosity and enthusiasm, have made Les Paul an icon, a hero and a legend. But now in one last amazement, we find that they were the works of a mortal after all. This man who was so vividly alive, who delighted so in bringing delight to others, has left us. Farewell, Red. The world, that of musicians and recordists in particular, is better and brighter thanks to your untiring efforts. -Mark Rubel

If there were some kind of award for the "hardest working person in the music industry," London-based Steven Wilson would definitely be up for it. In 2008 and 2009, Wilson has (amongst other work)...

Moby's apartment in Little Italy is simple, clean and economical. Framed gold records adorn one large wall, with the only other décor of mention being a well-organized, sizeable collection of...

Brothers Jim and Rob Homes have more than a smattering of DNA in common. First up, there's their band Jackson Analogue, the grunge, garage rock five-piece they've been cutting loose with since 2004....

You may have seen Doug Williams' name on recording forums, listing frequency response curves and specs on obscure preamps, limiters and transformers. Maybe you have used one of his posted hand-drawn...

Ableton Live is a program that has long been hard to define — is it a DAW, is it a DJ-centric program, is it a tweaker's toolbox or is it all (or none) of the above? A recent major update, Live... 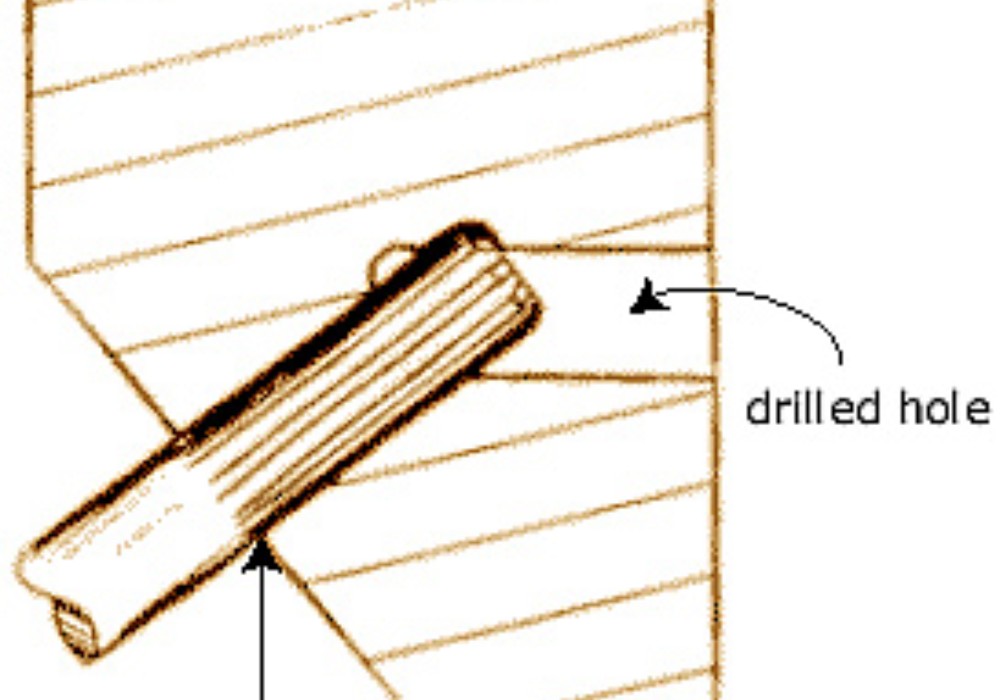 Etiquette for the Studio Visitor?

We always come back to discussing all these human factors when talking about recording music. "Keep the vibe positive." "Make the client comfortable." "Discuss goals and money before a project...

Every now and then, I have to merge a stereo recording that's split into separate L and R files (like a Pro Tools stereo track) into a single, interleaved stereo file. There are plenty of ways to do...

The UAD systems by Universal Audio have been host to some of the best plug-ins available (in VST, AU, RTAS) for a number of years now, via their "Powered Plug-In" cards. Usually these are PCI-based...

by AEA  |  reviewed by Thom Monahan

Using a ribbon microphone can be a tricky bit of business. Unlike dynamics that can take anything thrown at them or condensers that can provide whisper quiet operation, ribbons take a bit more care...

by Mellowmuse  |  reviewed by Larry Crane

I've owned enough Pro Tools non-HD rigs (002, Mbox, Mbox 2 Pro, Micro, Transit) to know that one of my biggest complaints about the LE line is the lack of automatic delay compensation when using...

by SPL  |  reviewed by Scott McChane

I've got problems. Since building my project studio last fall, I haven't been able to nail down a monitoring setup that "feels" right, and my mixes are not referencing as well as I'd like. I was sure...

This is a great, handy device that tames the resonant peak of your guitar pickup. Electronically and ergonomically designed specifically for pedal steel players -there's a handy clip for attaching it...

A few months ago, Blue Rock studios in Wimberley, Texas hosted a shootout of several microphones geared toward lead vocals. The high-dollar microphones were judged by such local luminaries as David...

The Little Devils are designer Wade Chandler's new modules for the 500-series rack system. The Compressor has all the controls to which you've become accustomed in a Chandler compressor, and the...

Over the years, I've bought and sold (after upgrading) a fair amount of audio gear, but I've kept every piece of gear I have from Summit -an MPC-100A mic preamp/compressor (Tape Op #21), an EQP-200B...

by BAE  |  reviewed by Allen Farmelo

Brent Averill Enterprises, simply known as BAE these days, is perhaps the best-known builder of Neve-style preamps, and for good reason as their designs indeed capture the behavior, tone, and...

by Peterson  |  reviewed by John Baccigaluppi

At $9.99, this is the most expensive app on my iPhone, but it's worth every penny. In fact, having now used it for a few months, I'd pay twice this and still feel like it's a great value. I've been...

Although I am a huge fan of Audio Ease's Altiverb convolution reverb plug-in, I have to confess that I initially dismissed this plug-in as something a bit gimmicky and easily replicated with a good...

Lynx has added variable trim to their acclaimed Aurora 16 converter. Now with the help of a pot tweaker tool (or appropriately-small screwdriver), users can manually adjust the analog input...

by The Low Anthem | reviewed by John Baccigaluppi

I'd heard good things about this album and when I finally got the chance to hear it, I was a convert too. Sometimes it's folky and sometimes noisy, but it's always interesting and a beautiful listen...

by The Pepper Pots | reviewed by Larry Crane

Okay, so maybe a group of three cute, young ladies fronting a band of dudes in sharp suits and playing music inspired by Motown and Stax with a tinge of sixties ska might not be what you'd expect...

by The Clean | reviewed by Larry Crane

New Zealand's The Clean have been a casually wonderful band since the late '70s, with their wonderful pop songs, ragged approach and a minimal number of tracks needed or used in the studio. Guitarist...