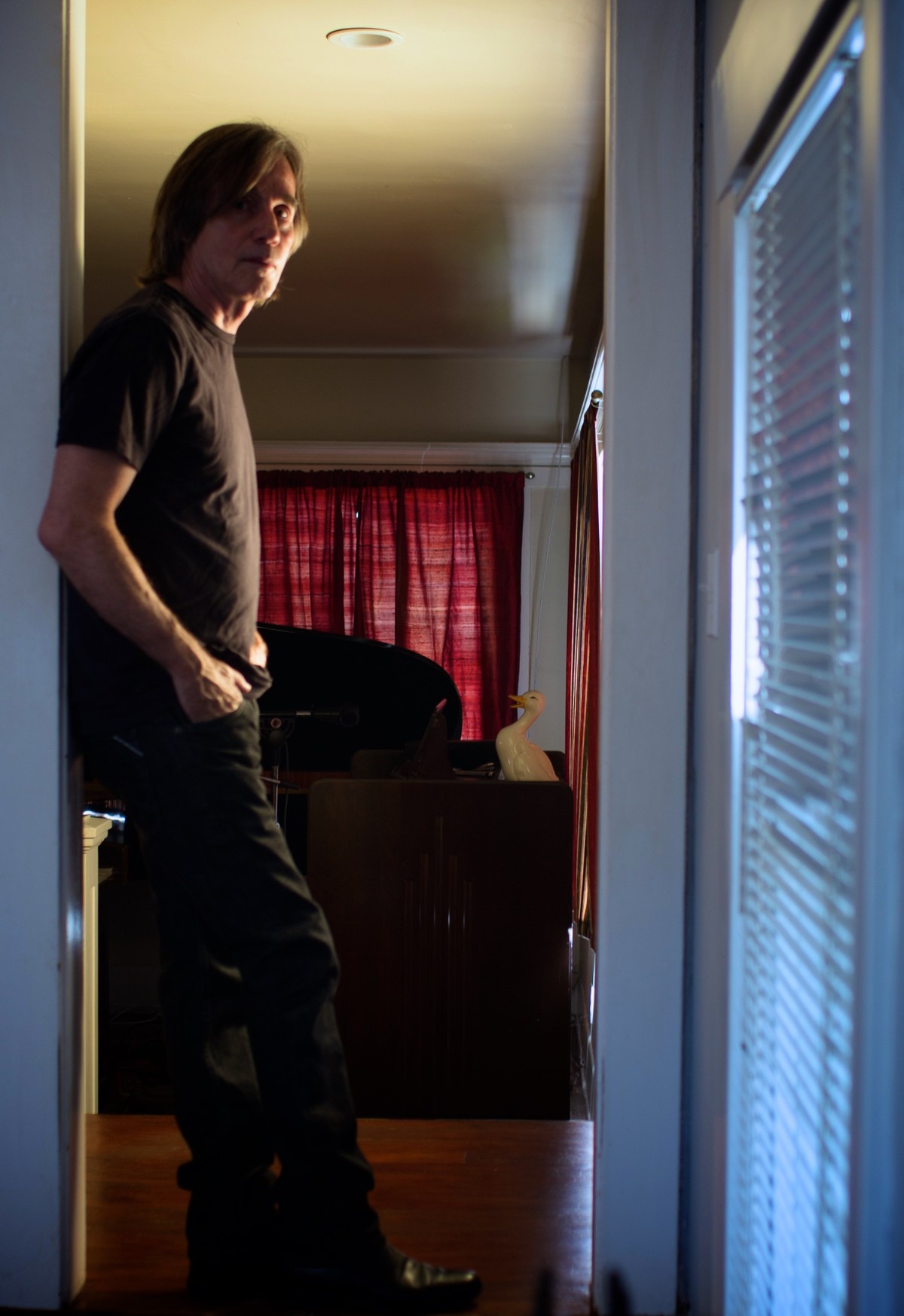 The thing that struck me in talking to Jackson Browne, as the 40 minutes I'd been promised passed the 90 minute mark, was how much he cares; not just about the state of the world we live in, but the details of the songs he writes and the records he makes. Browne recently released his 14th studio album, Standing in the Breach, and it's on par with any of the classics in his canon. Backed by the band he's had for over a decade, and recorded at Browne's own Groove Masters studio, the album mixes the political with his gift for melody and intimate, yet universal, truths about loving, losing, as well as struggling in and with the world. I caught up with Browne as he wrapped up a series of summer shows before heading back out on the road in support of Standing in the Breach.

I know that you took production credits very early on in your career. How did you know that that was so important?

I wasn't conscious of that when I started making records. I guess the first sessions I ever attended were ones where they were recording my songs. At the very first one, they were trying to cut three songs in three hours. I could see that these guys were an incredible team. At one point I was trying to tell the drummer to adjust something that he was playing. Don Randi, the piano player, said, "Come over here, kid. Come sit down next to me." There was a way that people in the studios did these arrangements. I realized that any one guy could make the thing really come alive. The next session I went to, Jim Keltner was the drummer. I got to meet and know some of these people, and I realized that they all have their singular gifts. It was like being in a candy store. "Who should we get to play on this? Ooh, let's get this guy." Those early records were made that way. I had the good fortune of getting to make my first record with Russ Kunkel and Leland Sklar. I later got them to be my band for Running on Empty. I'd been calling them for sessions for individual songs. There were a bunch of players around, and I wanted to try them all.

These are the people you would want to play with; not just because they're great players, but because you'd also want to be around them.

Yeah, I know. It's true! When I was young, when Keltner was playing on one of my songs that Johnny Rivers was recording, he was like, "You wrote this song? No kidding? It's cool!" He was very friendly. Jim's always been that way. Not just to me. I've seen him do it with lots of other people. He's a special player. He's like Yoda in the studio. You can't get him to do anything twice. You could try, but it wouldn't work. It wouldn't happen. I felt really lucky to play with him. I began to feel extremely fortunate when I started putting together a "best of" a few years back and looked at the credits. It's like a pantheon of the best players.

From your first record [Jackson Browne] you were essentially saying, "Let's do it again," or "I didn't like that," to these amazing players. You're essentially telling Jim Keltner, "This is what I want." Was that intimidating?

No, because he's such a great presence. The first session I did with Jim Keltner was for the song "These Days." He had taught drums in the same music store that David Lindley taught banjo at in Pasadena. They were old friends. David Lindley had not only played on that second album [For Everyman], but we'd already been on the road for a year together. I decided not to bring a band out on that tour, because everybody I tried was not really up to the level of David. We went out, the two of us. When it came time to make a record, we knew we had to add something complementary to what we were already doing. That's my way into songs and producing, knowing that, under certain conditions, things can happen when you get the right people together. David played lap steel on "These Days." The original track sounds like an organ. He's playing these pads on lap steel. For the solo, we first mic'd the neck of the lap steel and put him in an iso booth away from the amp. I thought I'd be getting more of the acoustic sound. It was a National lap steel, so there wasn't much going on, but you ended up hearing a lot of extra sound. He only did one pass, but it was incredibly solid, and at the end it was a very triumphant moment. Then I knew what I wanted, but very often you don't know what you want. But really, my becoming a producer had more to do with me not wanting to produce. I wanted to find it...

Wharton Tiers has run Fun City studios out of his Manhattan basement since 1981. He's recorded some of the finest records by Sonic Youth, Dinosaur Jr., Helmet, Unrest and many more. It's an...