Burl Audio, under the direction of owner/designer Rich Williams, has developed some of the best new recording equipment over the last eight years. Their mic preamps, summing amps, and control room monitor are top-quality. But the company is best known for their analog/digital conversion units, like the B2 Bomber series and the B80 Mothership configurable converter. 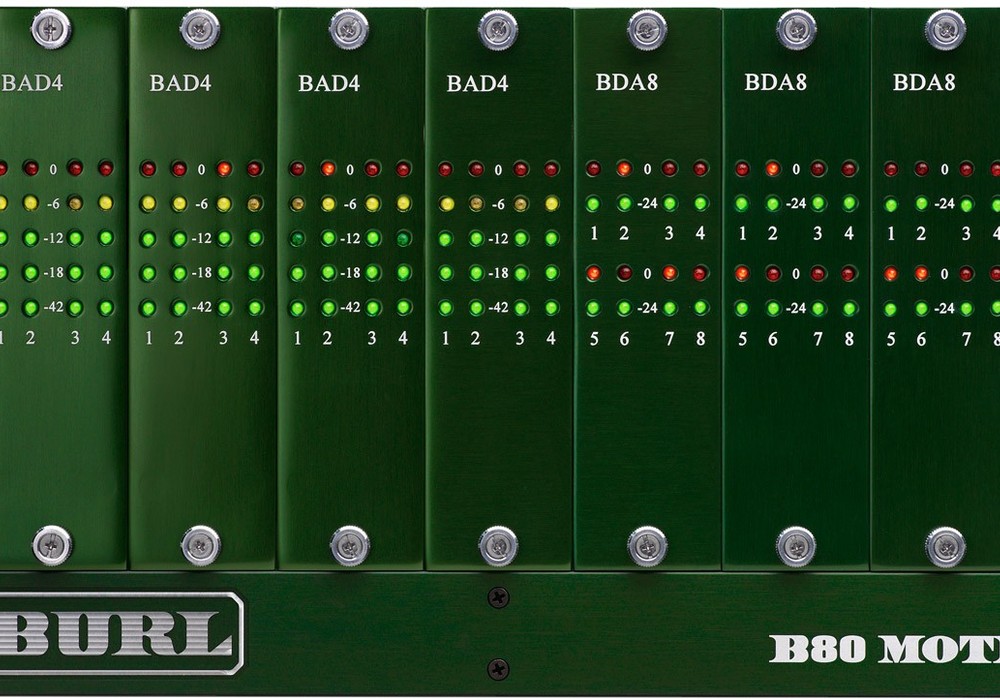 What led to you designing recording equipment?

I went to UC Santa Cruz and got my degree in computer engineering. I got into music, and after a while I had a band. For 12 years I was the lead singer and songwriter of Burlacticus Undertow — it was original psychedelic funk rock with go-go dancers. After college I got a job working in Silicon Valley in the early '90s for a video compression company. I was in my early twenties and making good money, but I was miserable. I went to recording school at CRI [California Recording Institute] in the Bay Area, and I was lucky enough to learn on a Neve console and a Studer [tape deck]. I ended up leaving Silicon Valley, took a vow of poverty, and started my own recording studio in Santa Cruz.

I was in my twenties, so I could still afford to be poor for a while. I started back when the new small, budget studio was a new concept. I had a Mackie board and [Tascam] DA-88s. What I quickly realized is that I couldn't get the same sound with that setup as I could when working with the Studer and the Neves.

But you were running a studio?

It was initially called Butt Cheap, and was $15 an hour. I got tons of clients. It became Paradise Recording in 1997, at a modest $50 an hour. Once I had gear upgrades, I was booked solid. I approach recording from the artists' standpoint. I relate with what the band and the listener want to hear. I am not a "turn the crank" kind of recording engineer/producer. The property that the original Paradise Recording was on sold early in 2001, and I had downtime while I was building a new 1500 sq ft studio. I needed to find some work. I applied at E-MU [Systems] in Santa Cruz and got a job. Paris [recording software] was the main competitor with Pro Tools back in the '90s. Paris came from Ensoniq. Creative, the company that made SoundBlaster cards, bought E-MU and Ensoniq, and then merged them. That pissed off all the engineers at Ensoniq, so they quit. We're talking a bazillion lines of proprietary assembly code, and no one knew how it worked, except the original engineers. I recommended that they go to a native system back then and just do outboard converters. They just end-of-lifed Paris, and with it, my job. Universal Audio used to be on the west side of Santa Cruz. I immediately got hired at UA as a part-time contractor, which was great. I was building a new studio — that meant I could run my new studio, and also work. My first project was to turn the UAD-1 card into an optical recording device, meaning that you could hook up anything that spoke ADAT to a UAD-1 card and record with it. I did this project in exchange for an 1176, an LA-2A, and some 2-610s. When I first got this gear it was like an explosion went off in my head. This was real gear. This was what you needed in order to make real records. I was lucky enough to work with their analog designer at the time, John Henson. He really opened up my eyes to discrete analog circuits. When they were designing the 6176, they wanted to put A-to-D in there. What we determined was that there just wasn't enough room to do it right.

I was lucky enough to create the product, the 2192 [2-channel ADC]. I listened to every single capacitor and integrated circuit op-amp on the market. I really wanted a converter that stood up to the 1176 and the 2-610. It took a lot of time to tune it and get it to sound the way that I got it to sound, because it turns out that things sound best a lot of the time when they're on the verge of a complete meltdown. What I did was to figure out that magic point where it still sounded good, but didn't burst into flames. I ended up designing a multi-channel mic preamp...

A few years ago, I was at the winter NAMM show, the insane dog and pony show of musical madness that it is. If you've never been, it's hard to imagine the spectacle of it all; death metalers bumping...

The Coup is a hip-hop group from Oakland. They have an outwardly Marxist bent, which has earned them diehard fans as well as vituperous criticism from mainstream pundits. But that won't be our focus...