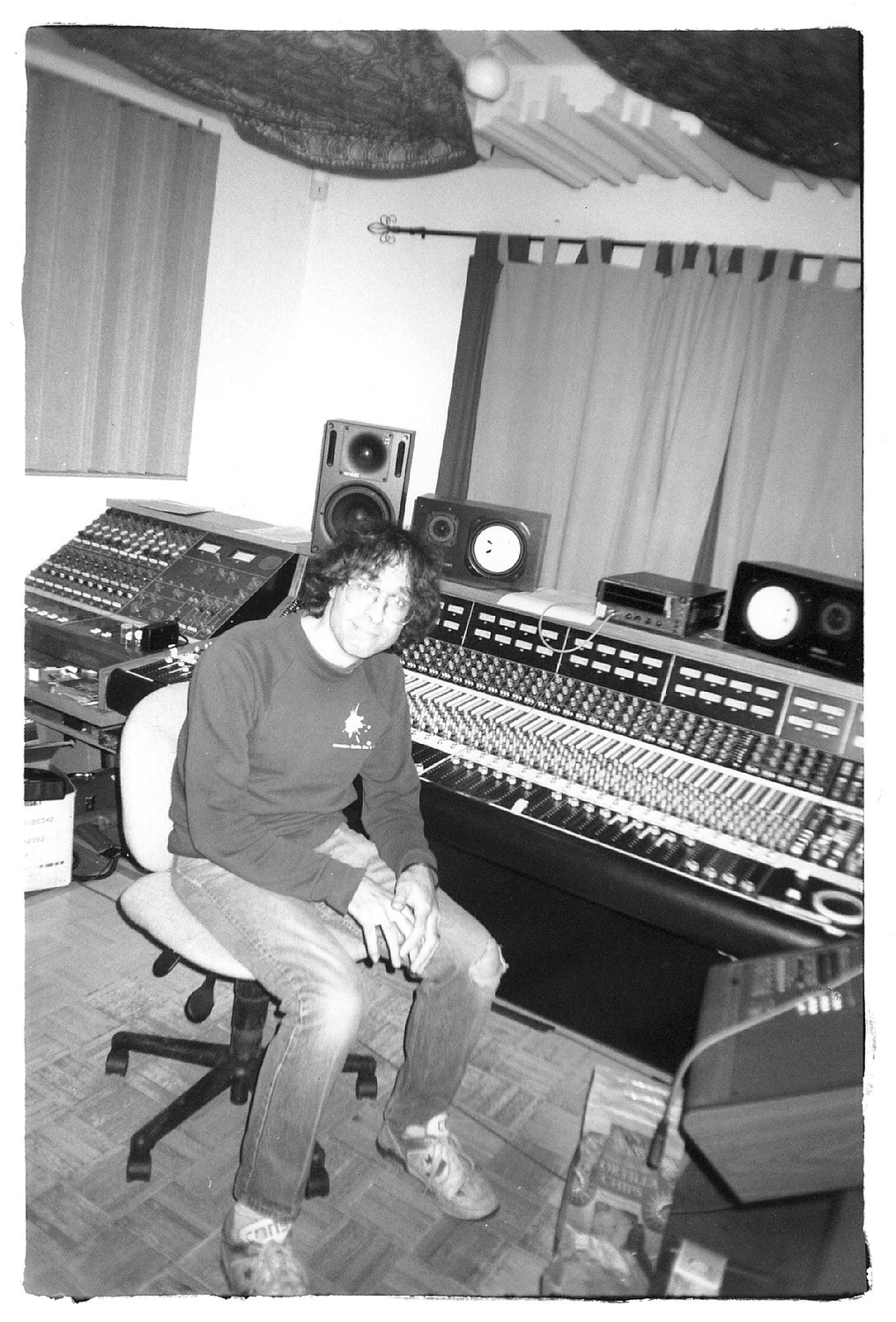 This man should need no introduction. At the height of "grunge-mania" he had recorded the records for Mudhoney and Nirvana that started it all. And he did tham fast and cheap. On the back of Nirvana's Bleach was the famous sentence, "Recorded in Seattle at Reciprocal Recording by Jack Endino for $600." Faced with 100 clone bands trying to get the same results (yeah, right) he fled to doing recording work in other countries and sticking to working with "rock" bands that he dug. He was also a member of the awesome Skin Yard, where his guitar skills were in fine form. We tracked Jack down in Seattle while he was tracking the new Zen Guerilla album for Sub Pop at Studio Litho for an in-depth interview.

I'm curious about what you were doing before Nirvana and all of that. Obviously you had been recording and playing music before any of that stuff hit and how you got going into recording in the first place.

Well, I started with an electrical engineering degree and ended up working at the Navy yard in Bremerton, Washington, for 2 1/2 years. It was a pretty stupid job after college and so I decided I was going to do something else. I had a plan. I already had some recording gear but I figured I would get some more, learn how to use it and when I'm ready I'll go back to Seattle. I lived in a mobile home for a winter with just a reel to reel 4-track machine, a six channel Tapco mixer, three mics, a little cheap drumset, a Fender Twin, a bass amp, a bass and a guitar. I just recorded myself for a few months and then I moved back to Seattle and started hooking up with musicians and found myself in a couple of bands. I ended up meeting Chris Hanzsek when he was recording my band Skin Yard for the Deep Six comp, which was in '85, and I said I had a bunch of recording equipment and I was looking to work in a studio and he said he had a bunch of recording equipment and was looking to open a studio so we became partners. We then moved into the defunct Triangle recording building in June of 1986.

What did you call that studio?

Oh, yeah, the famous one.

I only owned a very minor part of the equipment so I eventually stopped being a partner and just let Chris take over. In keeping with the freelance guy that I've been ever since. It never really was my studio at all, it was really his place. I was at Reciprocal for five years — that's where I worked and it was fun. The first time I did a session at another studio, with different speakers and a different room, I almost made a complete idiot of myself.

This was like 12 years ago or something. I didn't realize it, but Reciprocal was a very strange room and it had a very strange, very small control room with big weird acoustics. I was totally used to compensating for it. Once I got into a normal studio, I was just floundering. Everything sounded totally alien. Now I can pretty much go anywhere and I pretty much know what to look for and how to get my sound regardless of where the hell I am. Once you work in other rooms it makes you a much better engineer and when you come back to your studio, it'll give you a new appreciation for the improvements you can make. You'll suddenly realize weaknesses that you weren't even aware of. And you'll go, "I should put a bass trap over in that corner or I should move the speakers up over there."

You did a lot of work out of Reciprocal, but it wasn't all grunge music, right?

No, most of it was rock though. There was the occasional bar band or blues band or god knows. There were some jazz people that I knew that I recorded sometimes.

A bigger variety then?

Yeah, a little bit, for a while we had to record everybody who walked in the door when we first opened up. And then as I sort of started specializing in rock, I ended up just taking those jobs. Reciprocal closed in 1991, Chris closed it down because he had pretty much outgrown the building.

I assume you'd rather being doing rock recording.

Well, pretty much. I like variety and I like doing other things when they come up, people just don't call me with other things though. There are plenty of rock bands around here, so I have no lack of work.

What stuff have you done recently besides the Zen Guerrilla session?

I did an album for Nebula. Zen Guerrilla just got finished. I was in Portugal doing a band for the month of March and prior to that...

In the insane world of recording and record production, we occasionally stumble across someone whose work puts him or her at many important junctures in music history, yet their name remains unknown...